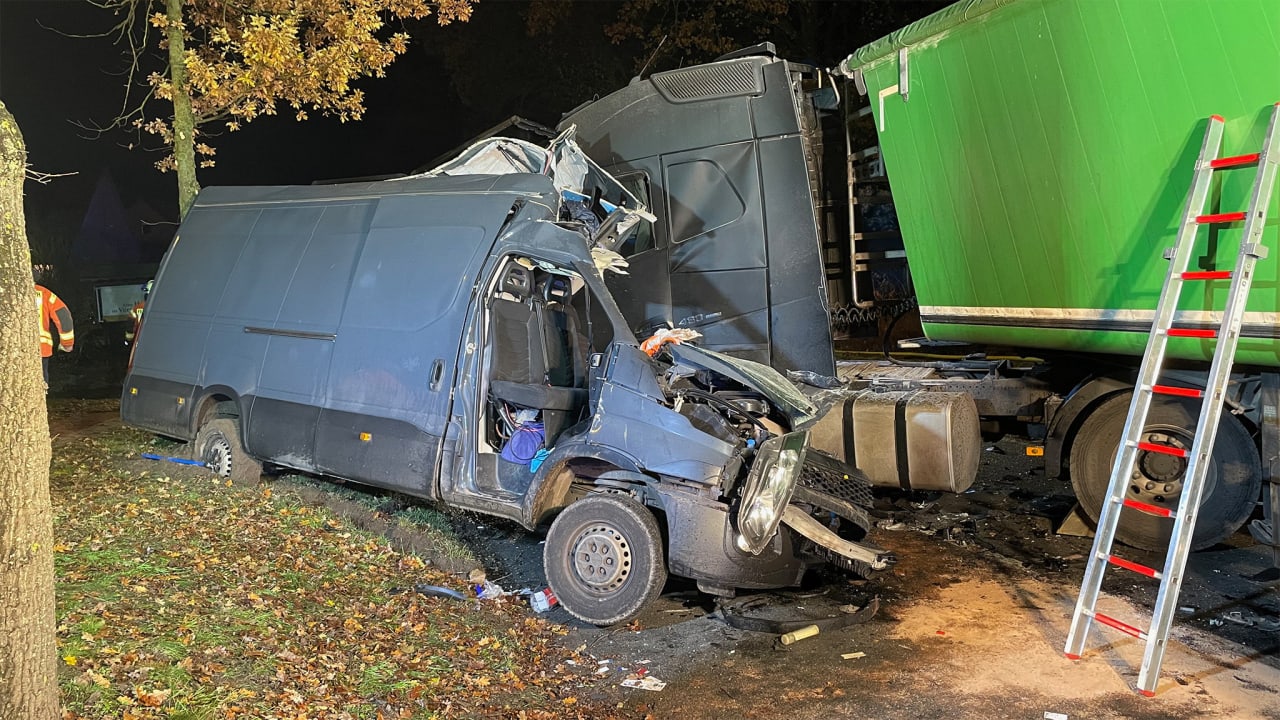 Nienburg – Serious accident in the small municipality of Marklohe in the district of Nienburg. In the early Thursday evening there was a terrible crash in the middle of town.

At around 5:30 p.m., a trailer truck collided head-on with a van on Hoyaer Straße near a bar!

Rescue workers were presented with a picture of horror. While the 55-year-old driver was able to leave his demolished driver’s cab with minor injuries, according to the fire brigade, any help came too late for the 56-year-old in the van. He died in the wreck.

Witnesses to the accident suffered a shock – a crisis intervention team looked after those affected.

The cause of the accident is still unknown.