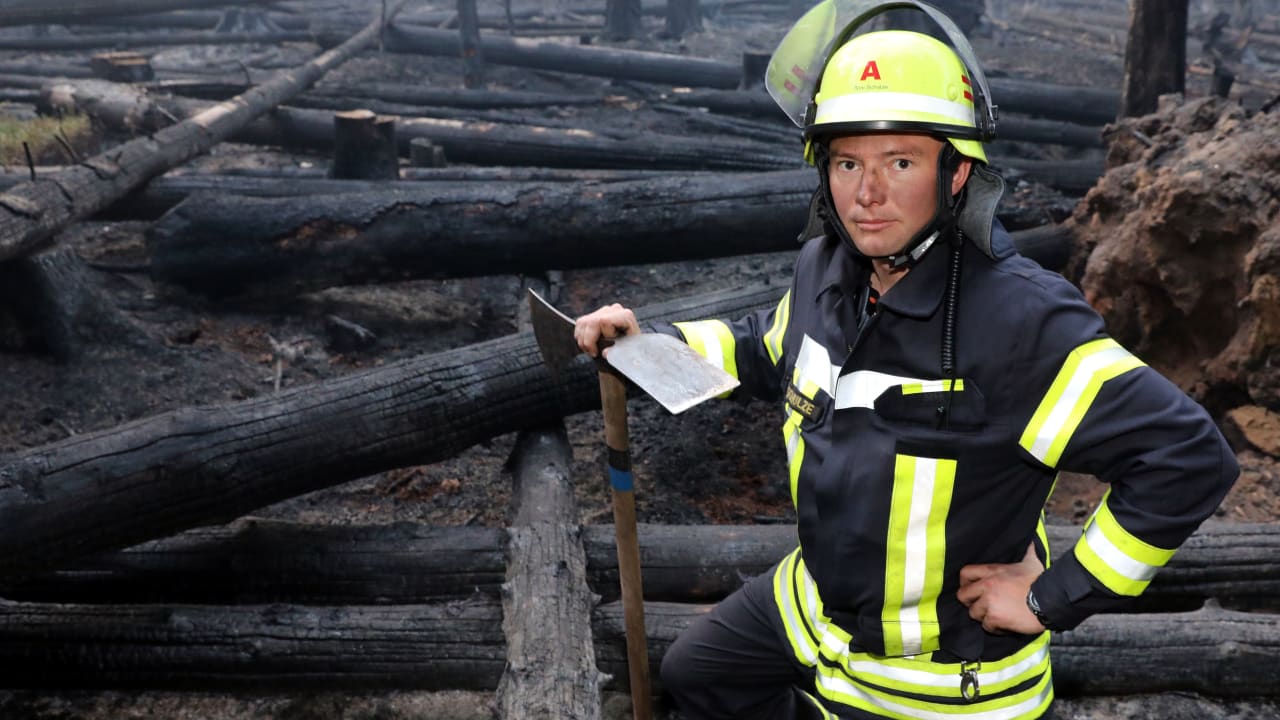 Bad Schandau – If our fire brigades were as slow as the Saxon bureaucracy, then a lot more forest would have burned down this year.

Around 3,500 emergency services – e.g. from the fire brigade, police, army, THW and mountain rescue service – fought against devastating forest fires in the Elbe Sandstone Mountains, the Gohrischheide and around Arzberg (Northern Saxony) in the summer.

In recognition of their commitment, the Free State promised them a medal. Prime Minister Michael Kretschmer (47, CDU) held a barbecue with free beer for 1,700 people at Königstein Fortress in September. There he also awarded the first 18 forest fire medals, followed by 21 more.

Kretschmer loudly: “You are heroes! Everyone who was deployed should receive a medal. It should remind you of the time we spent together.”

3500 medals (production costs: 12.99 euros with pin and case) are ready. But the orders do not automatically come to our fire heroes. The award is only cumbersome on application.

Firefighters like Toni Schulze (34) are still waiting for the award. He fought tirelessly for days against the flames in Saxon Switzerland.

Bad Schandau’s municipal defense manager Kai Bigge (51) to BILD: “We sent our applications for about 100 comrades. If we have the medals by the AGM in March I would be happy. If not, I wouldn’t be surprised either. By the way, I’m still waiting for my Flood Aid Medal from 2013…”

Embarrassing: Schulze and Bigge already held the “Goldene Henne” television prize in their hands in October, and the Free State medal maybe at some point. Because the well-intentioned Kretschmer Order is a bureaucratic monster.

The lists of proposals go from the municipalities via the district office to the state directorate, which sends them to the Ministry of the Interior – and in turn to the State Chancellery for the Prime Minister!

“So far there have been 2,300 applications, and names can be reported until the end of the year,” said a spokesman for the State Chancellery. There is no “separate examination”, the procedure is due to the structure of the authorities. The medals are to be handed over in 2023.