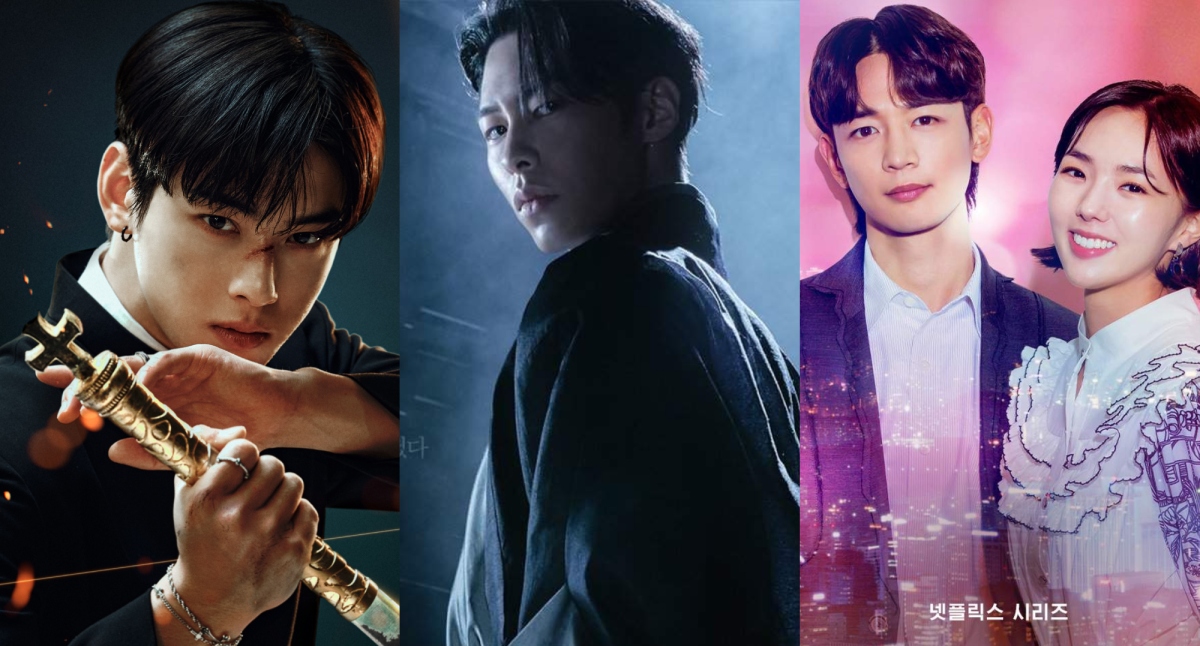 December will be a busy month for K-drama fans as many anticipated dramas are set to premiere. As fans gear up for second-season installments of K-dramas like Alchemy of Souls, Netflix has also announced the official premiere of The Fabulous. With so many dramas to keep track of from different networks, here is a list of everything to keep tabs on.

A K-drama fan cannot resist a good romance storyline. The Interest of Love focuses on four main characters who find love while working at the Youngpo branch of KCU Bank. Hospital Playlist actor Yoo Yeon-sook plays the role of Ha Sang-soo, who lives a simple and stable life. When he experiences love, his life changes.

Mun Ka-young stars as An Soo-young. She believes love is only temporary and, instead, focuses on her undesirable circumstances. But she feels a spark when a man approaches her. In the role of Park Mi-kyung is actor Keum Sae-rok. The character comes from a wealthy family and is assertive and confident in his feelings. But she enters a relationship that does not go her way.

Jung Jong-hyun will play Jung Ga-ram. Ga-ram is working to become a police officer and is diligent with his life. The Interest of Love will air on Dec. 21. What’s on Netflix reports it will air on Netflix.

If wanting a sweet and realistic K-drama about love and life for December, Recipe for Farewell is a must-watch. Da-jung (Kim Seo-hyung) was a typical attentive mother and wife. But tragedy strikes when she is diagnosed with colorectal cancer, leaving her unable to eat. Her husband, Chang-wook (Han Suk-kyu), begins cooking for her.

Through learning to make enjoyable meals for his sick wife and children, Chang-wook realizes the importance of a good meal and sharing time with his family at the dinner table.

Recipe for Farewell will air on Dec. 1 and be available on Viki.

The December K-drama begins with the current king, Lee Heon (Kim Young-dae). But his backstory is somewhat tragic as seven years ago, his wife died while he was the crown prince. For the past seven years, he has refused to marry, leading to a law banning all single women from getting married.

The Forbidden Marriage will air on Dec. 9 and be available on Viki.

Based on the webtoon of the same name, K-drama fans are eager for the premiere of Connect. The December K-drama stars D.P. and Snowdrop actor Jung Hae-in in the leading role of Ha Dong-soo. In this world, Dong-soo is an immortal being part of a rare human race called Connect.

One day, he is kidnapped by organ traffickers. He wakes up as they remove his eye and escapes. Dong-soo soon realizes the man possessing his eye is a serial killer. Able to see what the killer sees, he hunts him down to stop him once and for all. Meanwhile, Dong-soo’s eye is transplanted into Oh Jin-seob (Ko Gyung-pyo), a seemingly ordinary office work.

Connect will air on Dec. 7 on Disney+.

An immortal hunter, a priest, and a wealthy heir take on demons in ‘Island’

One of the most anticipated December K-dramas is tvN’s Island. In a supernatural thriller, the actor and idol Cha Eun-woo stars alongside Kim Nam-gil and Lee Da-hee. Ban (Kim) has lived his entire life with the fate of protecting the world from evil. As an immortal being, he kills the possessed and the demons.

RELATED: ‘The Villainess Is a Marionette’: Han So-hee and Cha Eun-woo Star in Whimsical Live-Action Trailers of Webcomic

Meanwhile, John (Cha) is a young priest who is part of a secret Catholic organization that hunts down demons. Both characters collide on Jeju Island and meet Won Mi-ho (Lee). Mi-ho is the only daughter of a company CEO. But due to an incident, she flees to Jeju and becomes a teacher. But she soon learns of the true darkness of the world.

Island will air on Dec. 29 on Amazon Prime Video.

Netflix Tudum Korea event announced one of the platform’s original K-dramas, The Glory. Now, We Are Breaking Up star Song Hye-kyo stars in the revenge K-drama as Moon Dong-eun. The K-drama’s story revolves around Dong-eun’s quest for revenge due to the extreme bullying and harassment she faced in high school.

RELATED: ‘Somebody’ Finale Explained: What Happened to Sum and Yoon-o? Do They End up Together?

While having dreamed of being an architect, she is now a teacher. Her plan is set in motion when the child of one of her former enemies attends her school. The Glory also stars Sweet Home actor Lee Do-hyun as Joo Yeo-jeong. The character also has his dark past to reveal.

According to What’s on Netflix, The Glory is rumored to premiere on Dec. 30.

Netflix’s The Fabulous was scheduled to premiere in November. Due to the Itaewon tragedy during Halloween weekend, the K-drama’s press and release were postponed in response to the national mourning period. But the K-drama’s representative later announced The Fabulous would be delayed until further notice to edit out certain scenes.

RELATED: ‘Alchemy of Souls’: Nak-su/Cho-yeong’s Backstory Ahead of Season 2

The Fabulous K-drama will now air in December before Christmas. Ji Woo-min (Minho) is a freelance photographer who lost his passion for his work. He also has no desire for love and romance. Pyo Ji-eun (Chae Soo-bin) achieved her dream and is the section chief of a luxury brand promotion agency. Ji-eun, Woo-min, and their two friends battle to survive the cutthroat fashion world.

The Fabulous will air on Dec. 23 on Netflix.

In 2022, Netflix debuted the K-drama remake of the famous Spanish series Money Heist. Money Heist: Korea – Joint Economic Area has a dynamic and star-studded cast of actors in tweaked versions of the main characters. The first season followed the original storyline set in the Korean peninsula. But the story was far from over by the tense finale.

RELATED: ‘Money Heist: Korea’ Season 2: Where Will the Second Installment Begin? – Based on the Spanish Series

Money Heist: Korea Part 2 continues the story where the finale left off as the heist team faces turmoil and the fight to get out of the Royal Mint alive. The new installment will also introduce new characters and likely begin following the events of the Spanish original.

Money Heist: Korea Part 2 will air on Netflix on Dec. 9.

If there is one K-drama for which fans are rigid with anticipation is Alchemy of Souls Season 2. The fantasy K-drama left a lasting impression on fans as Lee Jae-woo stars as Jang Uk, alongside Jung So-min as Mu-deok. Alchemy of Souls ended on a heartbreaking and surprising cliffhanger that left more to be explored.

Alchemy of Souls Season 2 continues the story after a three-year time jump. Jang Uk has lived in despair and guilt over not protecting his true love and has become a killing monster. The new season reintroduces actor Go Yoon-jung as Cho-yeong. Nak-su is no more as Cho-yeong has lost her memories and is unaware of her past love with Jang Uk.

Alchemy of Souls Season 2 will air on Netflix on Dec. 10.