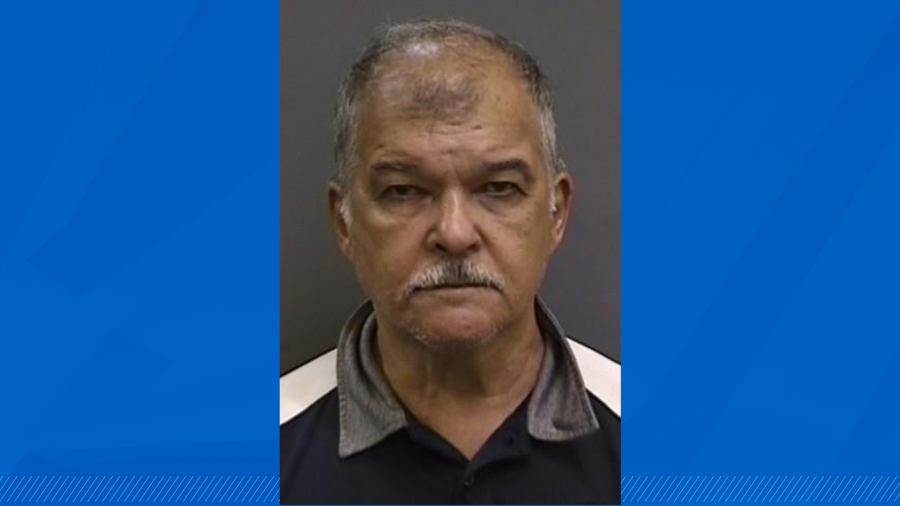 According to a release from the Hillsborough County Sheriff’s Office, Osvaldo Aloma Garrido, 65, was arrested on Wednesday and charged with aggravated cruelty to animals with a weapon.

Deputies were called to a home on Elm Way on Nov. 12 after a resident said they heard shots and spotted a man – later identified as Garrido – carrying a pellet rifle. A witness told deputies they took the rifle from him and stored it in their home.

The sheriff’s office said they did not find injured animals or any evidence of a crime.

On Nov. 21, deputies interviewed a witness who said a cat was found with multiple wounds on its body several weeks prior. Veterinary records confirmed the animal’s injuries, noting the wounds were from a pellet gun.

Deputies interviewed Garrido the next day and he allegedly admitting to shooting at multiple cats in the area. The sheriff’s office said he was taken into custody without incident and booked into the Orient Road Jail on a $7,500 bond.

“I will not tolerate any act of animal cruelty in our county,” Sheriff Chad Chronister said. “The suspect had no regard for the animals he injured and admitted to firing shots on various occasions. It’s disheartening to know that there are individuals who intentionally harm animals. We will not condone violence against any animal and we will continue to make sure that individuals who commit these crimes are held accountable.”

When asked about Garrido’s employment status, Hillsborough County Schools said he is facing termination based on his felony charge. He has worked for the district since 2017 and had not experienced disciplinary action prior to the arrest, according to the district.

Hillsborough County Jail records indicate Garrido is from Cuba and U.S. Immigration and Customs Enforcement (ICE) has been notified of his arrest.