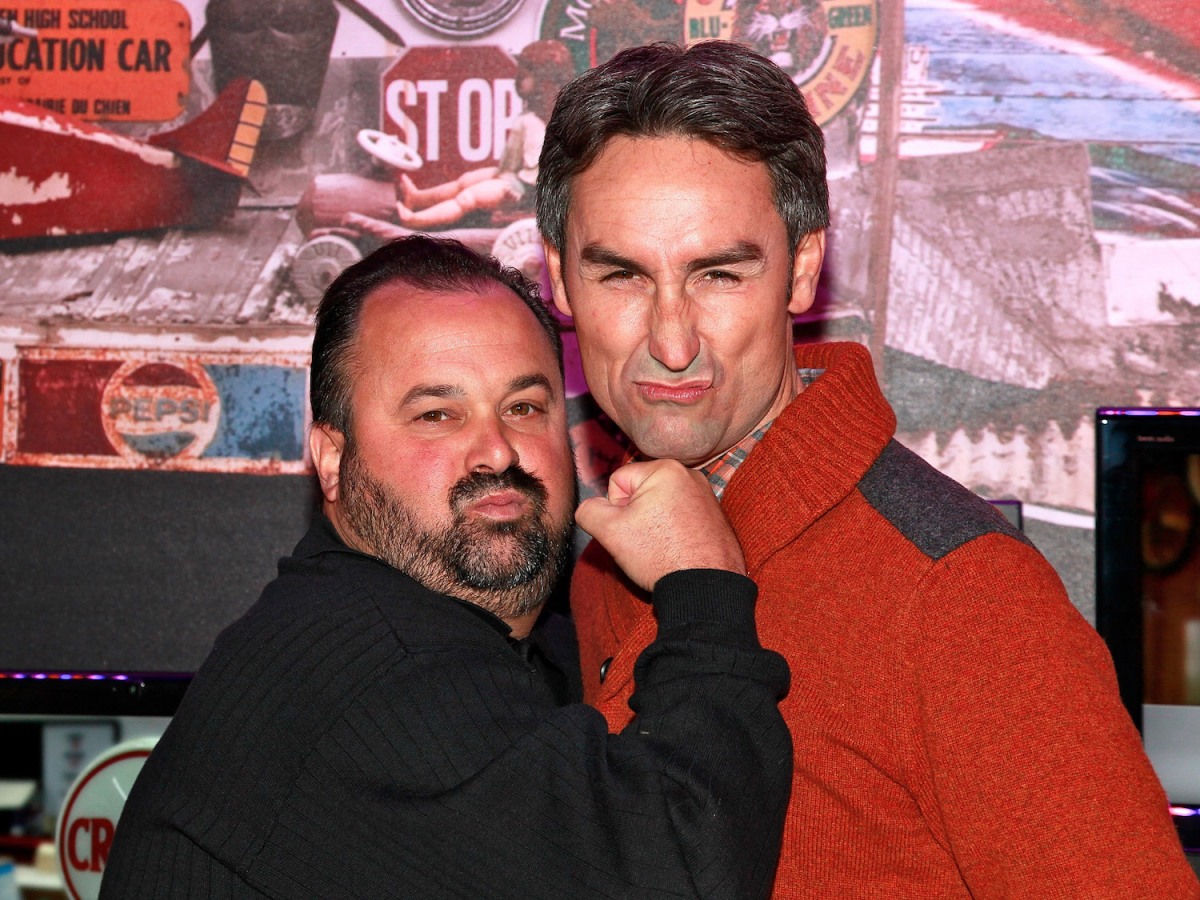 For years, Frank Fritz and Mike Wolfe co-hosted History’s reality TV series, American Pickers. The friends seemed like the perfect duo on-screen, but Fritz left and never returned. Then, in 2022, he had a stroke, causing concern amongst fans. Now, he’s selling signs oil cans for a hefty price, and many fans aren’t happy.

How is Frank Fritz doing after his stroke?

Frank Fritz hoped to one day return to American Pickers, but it seems his current focus is getting healthy after having a stroke in 2022. Rumors circulated that Fritz and Mike Wolfe were no longer friends, but Wolfe attempted to dispel the rumors with an Instagram post after Fritz’s stroke.

“I have been very private in the past year in regards to Frank’s life and the journey he’s been on,” Wolfe posted on July 21. “There have been lots of opinions in regards to mine and Frank’s friendship and the show but now is not the time to set the record straight. Now is the time to pray for my friend.” He ended the post by stating he was praying for Fritz’s recovery.

So, how is Fritz doing today? According to The Sun, Fritz’s father said he was “stable,” and Fritz’s friend claimed he was “getting better every single day.”

He sells oil cans for a hefty price, and some ‘American Pickers’ fans are upset

While Frank Fritz still isn’t on American Pickers, he still has his antique shop. The store, Frank Fritz Finds in Savanna, Illinois, sells rare vintage items — but it seems a few items cost too much for the clientele.

According to The Sun, Fritz sells vintage motor oil cans with his signature for $40 each. Some visitors took to Trip Advisor to slam the store for its expensive items, which likely means there are other overpriced vintage items in the storefront location.

“Not much here worth the price being asked,” a visitor wrote on Trip Advisor. “The smell alone is enough to knock over a dead skunk.”

“The ‘store’ was a hallway of sheer jumbled JUNK,” another fan wrote. “Broken, smelly, overpriced, and in complete disarray. I’ve been to a lot of dives but this takes the cake.”

What is Frank Fritz’s net worth?

Is Frank Fritz’s expensive merchandise a clue that the ex-American Pickers star is hurting for cash? According to Celebrity Net Worth, Fritz’s net worth stands around $6 million. While he doesn’t currently have income from the History show, it seems likely he’s doing fine.

With that said, if Fritz was offered a spot back on, he would likely take it. “I would like to come back to the show,” he told The Sun in 2021. “I was doing it for 11 years.” He then noted he had fully recovered from his back surgery and would love to jump in.

“I don’t know if they can do it cheaper without having me on there or what the situation is,” Fritz added. “I want to go back on the show, but it depends on the network. It ain’t gonna affect me one bit, but I would like to be back for my fans.”

It doesn’t look like History has any current plans to invite Fritz back on.

RELATED: ‘American Pickers’: Are the Antique Sellers Paid to Appear on the Show?