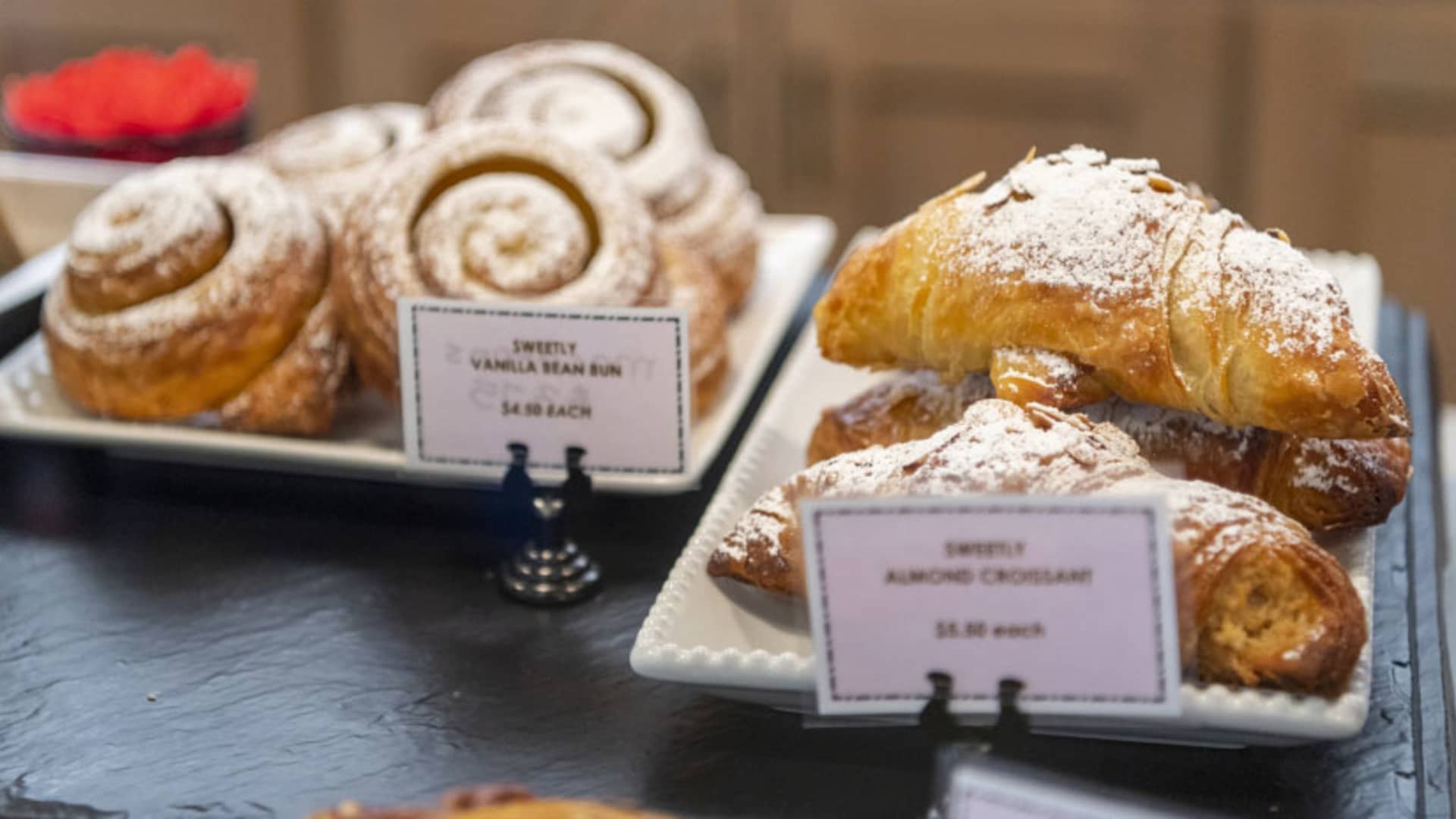 It’s the holiday season, yet Americans are feeling a little less generous.

With inflation near record highs, cash-strapped consumers have started to tip less — especially when it comes to fast casual dining and carryout.

“Tipping is that first sign towards reduced spending,” said Amanda Belarmino, assistant professor of hospitality at the University of Nevada, Las Vegas.

About 17% of Americans are tipping less due to inflation, while only 10% are tipping more, according to a recent survey of more than 1,000 people by PlayUSA. More than half, or 54%, also said they feel pressure to leave a tip when checking out on an iPad.

More from Personal Finance:
Here’s the inflation breakdown for October 2022
How to save on groceries amid food price inflation
4 of the best ways to pay for holiday gifts

“Since everything got more expensive, we’ve seen a decline in tipping,” said Irina Sirotkina, owner of the Sweetly Bakery & Cafe in Battle Ground, Washington.

Like many other businesses, the bakery uses a contactless and digital payment method, which prompts consumers to leave a tip when they pay. There are predetermined options ranging from 15% to 25% for each transaction.

“We encourage people to tip, but it’s not mandatory, obviously,” Sirotkina said.

Although the average transaction at Sweetly is less than $20, which means a gratuity would be a few dollars at most, fewer people leave anything at all.

“Only around 1 in 5 people tip,” Sirotkina estimated.

Even though many Americans said they would tip more than usual once business activities resumed after the Covid pandemic, consumer habits, in the end, haven’t changed much.

Tipping 20% at a sit-down restaurant is still the standard, etiquette experts say. But there’s less consensus about gratuity for a carryout coffee or take-away snack.

When it comes to takeout, customers are tipping even less — now down to 14.4%, on average, after it climbed earlier in the pandemic, Toast found.

Only 43% of diners typically tip 20% or more, down from 56% last year, a separate report by restaurant tech company Popmenu found.

“Tipping behavior may fluctuate depending on market conditions,” said Brendan Sweeney, CEO and co-founder of Popmenu.

“Part of it is tip fatigue,” said Eric Plam, founder and CEO of San Francisco-based startup Uptip, which aims to facilitate cashless tipping.

“During Covid, everyone was shell-shocked and feeling generous,” Plam said. Now, “you are starting to see people pull back a little bit,” he noted, particularly when it comes to point-of-sale tipping, which prompts customers to tip even before they’ve received the product or service.

“This point-of-sale tipping is what people resist the most,” he said, “compelling you to tip right there on the spot.”

Tipping 15% instead of 18% may not seem significant, “but if you’re a server, 3% of your income is pretty impactful,” Belarmino said.

In fact, the average wage for fast-food and counter workers is $14.34 an hour for full-time staff and $12.14 for part-time employees — including tips — according to the most recent data from the U.S. Bureau of Labor Statistics.

“Anyone who has ever worked in a restaurant knows how hard the everyday hustle can be and how much tips matter,” said Popmenu’s Sweeney.

Since transactions are increasingly cashless, having a method to tip workers in the service industry earning minimum or less than minimum wage is critical, Plam added.

A landmark bill in California aims to raise the minimum wage to up to $22 an hour for fast-food and quick-service workers at chains with more than 100 locations nationally. California’s current wage floor is $15.50 an hour.

President Joe Biden and many Democratic lawmakers have pushed for a $15 hourly wage floor across the U.S.

The current federal minimum wage is $7.25 an hour and has remained unchanged since 2009.