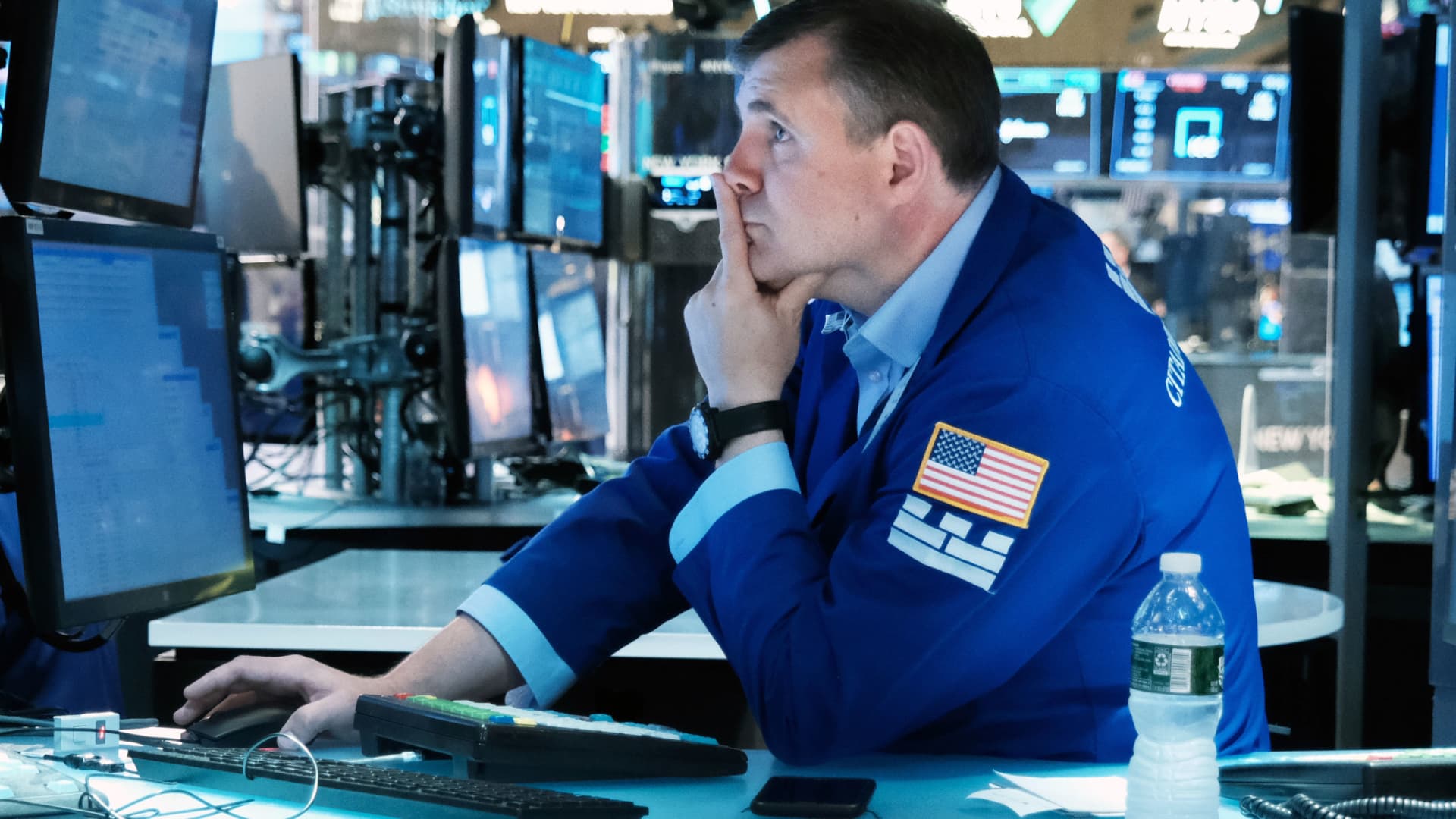 Stocks that are already burning through cash are about to get hit, said David Trainer, CEO of investment research firm New Constructs. That’s because interest rates are going to get even higher, which means liquidity will start to dry up, he added. “When liquidity gets tighter, people are a lot less likely to loan to zombie companies,” Trainer told CNBC’s ” Street Signs Asia ” last week. “They don’t have much cash. They’re burning through it quickly and won’t last long. And it’s gonna be very difficult for them to refinance.” Federal Reserve Chairman Jerome Powell said in his speech at the annual economic symposium at Jackson Hole that he expects the central bank to continue raising interest rates to fight inflation in a way that will cause “some pain” to the U.S. economy. That comes after a period of loose monetary policy and several years of the bull market in the United States, with liquidity flooding economies as central banks around the world started to cut rates. This year, however, central banks have been gradually tightening policy, and U.S. markets fell into bear territory in the first half. “These things are going to have a contagion effect, because once the zombie stocks start unwinding … you’re gonna have a lot of people being forced to sell because they’re overextended. And because they want to protect what little capital they have left,” Trainer said. “And it’s going to unwind all this speculation and bubble like behavior that we’ve seen over the last several years, in my opinion,” he added. ‘Zombie’ stocks to avoid Trainer, a former Wall Street analyst who has been bearish on tech stocks, identified a list of so-called “zombie” stocks that he declared are “at risk of going to $0.” Zombie companies refer to firms that have been on the market for more than 10 years and earn enough to operate, but not to pay the interest on their debt. Such companies with “heavy cash burn” are risky especially in the current market environment, according to Trainer. “Being forced to raise capital in this environment, even if the company ultimately becomes profitable, comes at a high cost that is not good for existing shareholders,” he said. “As cash-burning ‘zombie companies’ run out of cash, risk premiums will rise across the market, which could further squeeze liquidity and create an escalating series of corporate defaults,” he added. Trainer has identified the stocks that are most likely to run out of cash first, based on free cash flow burn as well as cash on their balance sheets over the past consecutive 12 months of a company’s financials. They are: electric vehicle maker Rivian , gaming retailer GameStop , trading app Robinhood and social media firm Snap . Better bets Trainer said investors should consider these three stocks instead. Qualcomm . The American chipmaker is well positioned in the highest growth markets for semiconductors, namely internet of things, edge computing, automotive entertainment, among others, according to Trainer. He said the stock is cheap, and gives it a price target of $170 — a nearly 23% upside from its current price. TotalEnergies . Demand for energy is on the rise, and that could work in the French firm’s favor, as it’s growing its renewable energy business — which includes developments in solar, wind and biofuel sources — according to Trainer. He also said the stock looks cheap now, and gives it a price target with an upside of more than 80%. Valvoline . Trainer called this U.S. firm, which manufactures automotive fluids and lubricants, a “great business.” “It has high returns on invested capital and is not threatened by the shift to electric vehicles (EV), as EVs need maintenance too, and Valvoline produces fluids for EVs,” he said. He gave it a price target of $40, or an upside of 36%.