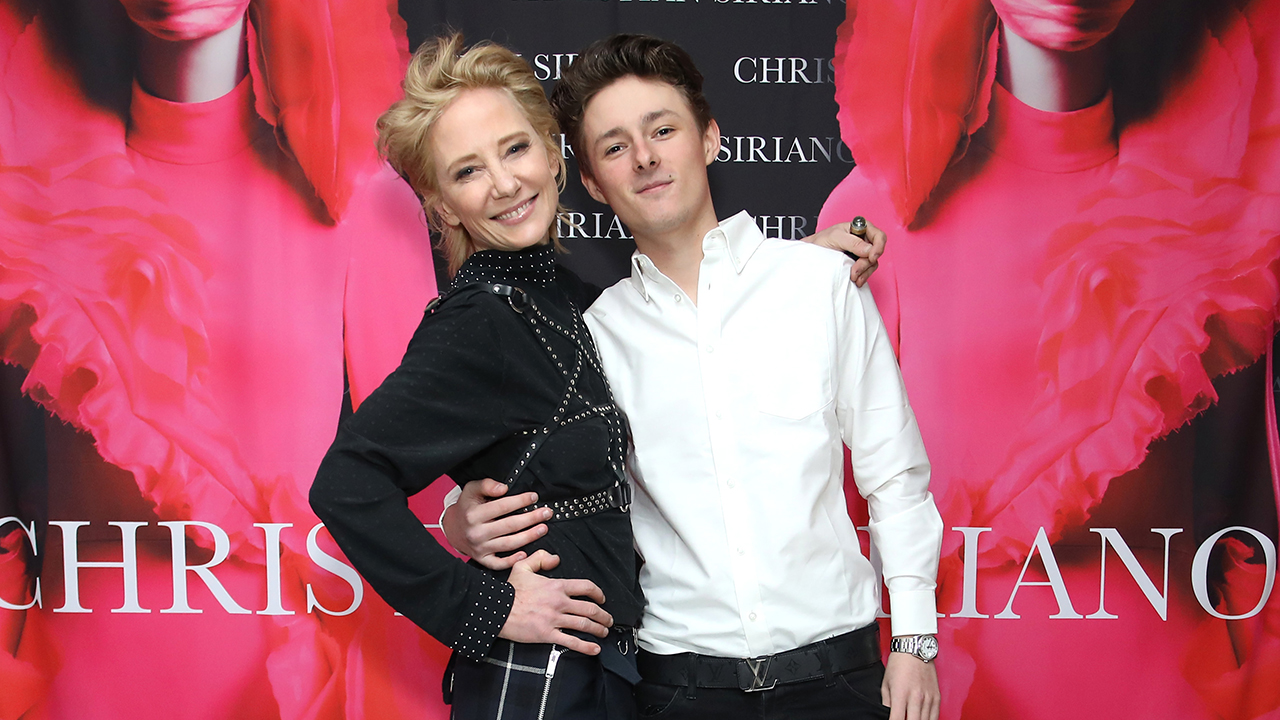 “My brother Atlas and I lost our Mom. After six days of almost unbelievable emotional swings, I am left with a deep, wordless sadness. Hopefully my mom is free from pain and beginning to explore what I like to imagine as her eternal freedom,” Homer confirmed in a statement to Fox News Digital.

“Over those six days, thousands of friends, family, and fans made their hearts known to me. I am grateful for their love, as I am for the support of my Dad, Coley, and my stepmom Alexi who continue to be my rock during this time. Rest In Peace Mom, I love you, Homer,” the statement concluded.

The “Six Days, Seven Nights” star was in a coma and suffered a “severe” brain injury after she was involved in a serious car wreck a week ago, a representative for the actress told Fox News Digital.

Homer Laffoon, 21, is actress Anne Heche’s eldest son, who she shares with Coleman Laffoon. The two were married from 2001 to 2009.
(Getty Images)

ANNE HECHE’S BEST FRIEND AND SON VISIT HER AT HOSPITAL, PROVIDE INSIGHT INTO DAY OF CRASH

Following Heche’s fiery car crash news, Laffoon, and best friend Heather Perry, were spotted at the hospital Monday where Anne was being treated. The two were spotted embracing and looking exhausted.

Laffoon, 21, is Heche’s eldest son, who she shares with Coleman Laffoon. She also has a son, Atlas, with actor James Tupper, who she was with from 2007 to 2018.
(Getty Images)

On Thursday, Heche’s rep told Fox News Digital that the actress was “not expected to survive.”

“It has long been her choice to donate her organs, and she’s being kept on life support to determine if any are viable,” the rep added in a statement on behalf of Heche’s friends and family.

“We want to thank everyone for their kind wishes and prayers for Anne’s recovery and thank the dedicated staff and wonderful nurses that cared for Anne at the Grossman Burn Center at West Hills hospital,” the statement continued.

“Anne had a huge heart and touched everyone she met with her generous spirit. More than her extraordinary talent, she saw spreading kindness and joy as her life’s work — especially moving the needle for acceptance of who you love. She will be remembered for her courageous honesty and dearly missed for her light,” the statement concluded.

Stephanie Giang-Paunon is an Entertainment Writer for Fox News Digital. Story tips can be sent to [email protected] and on Twitter: @SGiangPaunon.