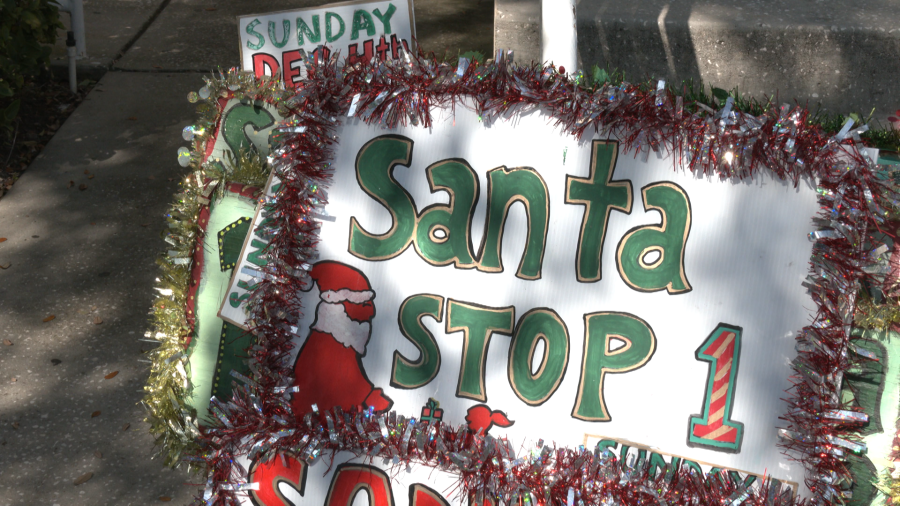 TAMPA, Fla. (WFLA) — When Santa took to the streets of Davis Islands Sunday night, he was not there to drop off presents for the kids that live there.

He and Mrs. Claus actually stopped by to pick up toy donations from the families who hosted their own ‘Santa Stops.’

The stops are part of the long-time tradition of the Davis Islands Toy Drive that began more than 20 years ago.

Sisters Jeanne Lavettre and Eileen Goldenberg spearheaded the event that has rounded up gifts for local children throughout the years.

“She read an article about some gated community that did this in Texas,” Goldenberg said about her sister. “She thought it would be a great thing for Davis Islands.”

The toy drive returned in full force after it was canceled and adjusted for the past few years because of the COVID-19 pandemic.

This year, organizers said they have collected about 4,000 donations, which is three times as much as they have ever received during an annual drive.

Organizers have teamed up with twelve local charities to make sure even more children can have something to open up on Christmas Day.

“Let’s hope it goes on forever and ever, long after I’m gone,” Goldenberg said.