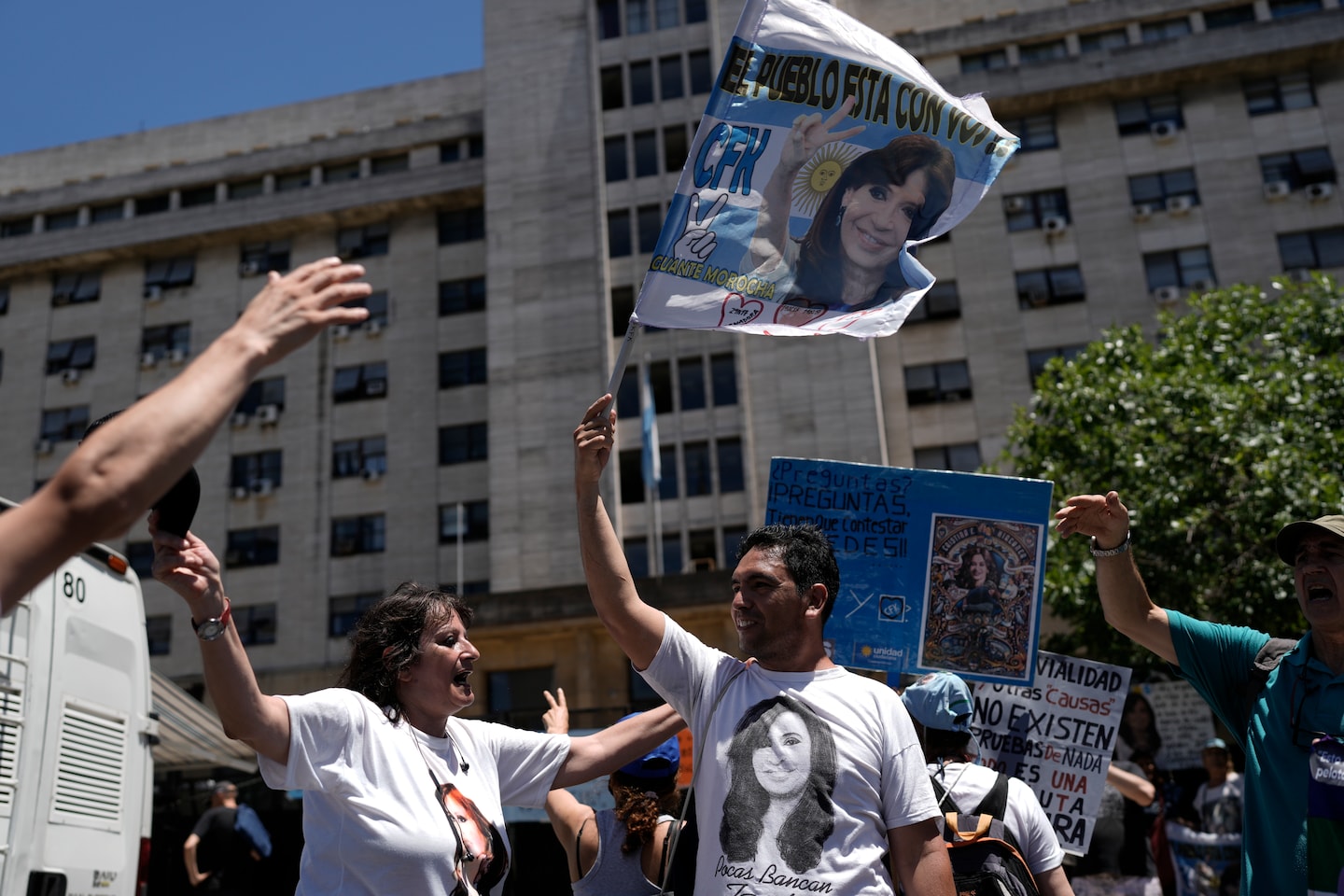 BUENOS AIRES, Argentina — All eyes in Argentina were on federal court, where three judges prepared Tuesday to announce their verdict in the corruption trial of Vice President Cristina Fernández de Kirchner.

She’s accused of running a criminal organization that defrauded the state of $1 billion during her presidency through public works contracts granted to a construction magnate closely tied to her family.

The prosecution asked for 12 years in prison and a lifetime ban from public office if at least two judges vote to convict on both charges. But an appeal is certain no matter the verdict, and meanwhile she’ll remain immune from arrest if she wins election to another federal office.

What’s also certain: The verdict will further divide the South American nation, where politics can be a blood sport and the 69-year-old populist leader is either loved or hated. Her followers, including some of Argentina’s leading trade unions, vowed to paralyze the country if she’s found guilty.

Crowds blocked streets in the center of Buenos Aires ahead of Tuesday afternoon’s verdict in the trial, which began in 2019. Lines of police prepared to reinforce tall metal barriers outside the court. Fernández, who has roundly denied all the accusations, appeared to be awaiting the verdict inside her daughter’s apartment, guarded by her security detail.

Prosecutors said Fernández fraudulently directed 51 public works projects to Lázaro Báez, a construction magnate and early ally of her and her husband Nestor Kirchner, who served as president from 2003-2007 and died suddenly in 2010.

Báez and members of her 2007-2015 presidential administration are among a dozen others accused of joining Fernández in the conspiracy.

Prosecutors Diego Luciani and Sergio Mola said the Báez company was created to embezzle revenues through improperly bid projects that suffered from cost overruns and in many cases were never completed. The company disappeared after the Kirchners’ 12 years in power, they said.

Pollster Roberto Bacman, who directs Argentina’s Center for Public Opinion Studies and supported the campaign of current President Alberto Fernández, said the opposition parties are hoping to campaign calling her a convict, as well as a thief and a whore.

And Cristina Fernández, who last month compared her judges to a “firing squad,” is ready to play the victim, characterizing the judiciary as a pawn of right-wing forces including opposition media and Mauricio Macri, who succeeded her as president, Bacman said.

“So we already know how she’ll be attacked and also how Kirchnerism will defend her, which is to consider her a victim of “lawfare,” just like Lula (President-elect Luiz Inácio Lula da Silva) faced in Brazil or what the former president of Ecuador (Rafael Correa) currently faces,” Bacman said.

Either way, Bacman expects the verdict to only deepen the fissures in Argentine society, where even as vice president, she remains the singular leader of the leftist faction of the Peronist movement. Bacman said his surveys show 62% want her removed and 38% support her, no matter what.

Meanwhile, other cases remain pending against her, including a charge of money-laundering that also involves her son and daughter.