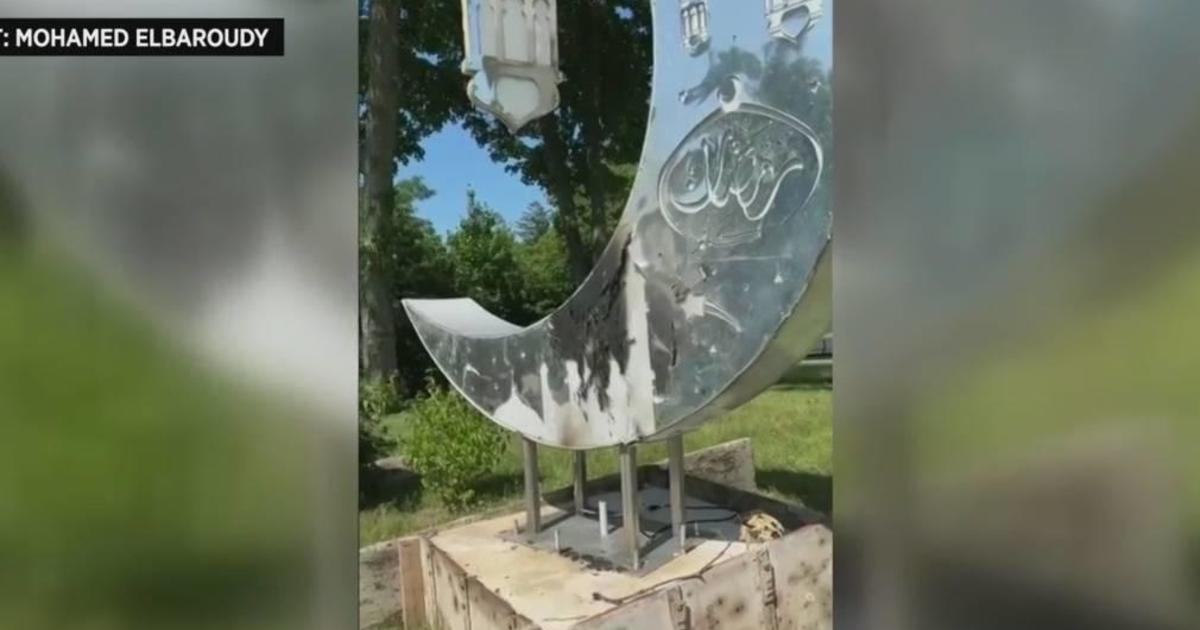 RONKONKOMA, N.Y. — Arson detectives are investigating a hate crime attack at a mosque on Long Island.

A member of the Fatima Al-Zahra mosque in Ronkonkoma posted video to social media showing damage to a crescent sign on the property.

He said the sign was fire-bombed in the middle of the night Monday.

“Somebody early this morning, around 1:00 in the morning, threw a bomb canister at the masjid that exploded and you can see the damage here, over there,” he said. “There is no place for hate in our community.”

Nobody was hurt. The mosque itself was not damaged.