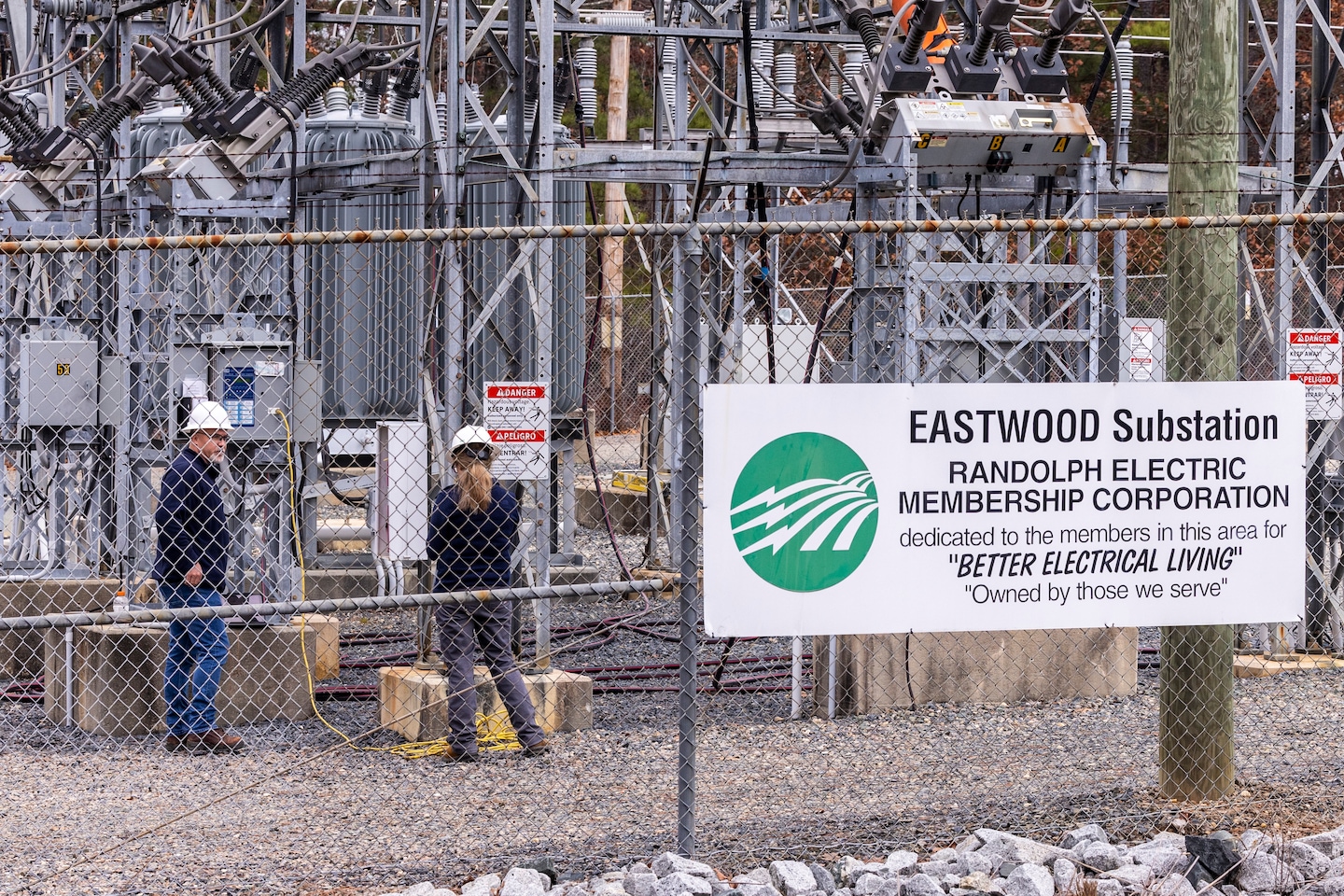 Officials expect power to be fully restored in Moore county, N.C., by Wednesday night, bringing relief to tens of thousands of people plunged into darkness last week. But the officials also said they’re still investigating who damaged the county’s electrical infrastructure with gunfire, and why.

At a news conference Wednesday, Moore County Sheriff Ronnie Fields declined to say whether law enforcement had identified a suspect or motive in the “targeted” attack on two substations, which shuttered schools and businesses and left 40,000 without power.

“We ask residents, please be patient with us and [we] ask you to help us,” Fields said, urging anyone with information or camera footage taken near the damaged infrastructure to come forward.

Jeff Brooks, a spokesperson for Duke Energy, said about 1,200 customers remained without power Wednesday afternoon, mostly in the town of Southern Pines. Equipment damaged in the attack has either been repaired or replaced, the utility company said, and the county will lift its state of emergency and curfew Thursday morning.

But even as power returns to the region, officials and experts say the attack highlights how vulnerable the country’s infrastructure is to sabotage.

In a national security bulletin last month, the Department of Homeland Security warned that the United States is in a “heightened threat environment” and that critical infrastructure is among the “targets of potential violence.”

“Lone offenders and small groups motivated by a range of ideological beliefs and/or personal grievances continue to pose a persistent and lethal threat to the Homeland,” the bulletin said. “Domestic actors and foreign terrorist organizations continue to maintain a visible presence online in attempts to motivate supporters to conduct attacks in the Homeland.”

Security experts say that substations and other electrical infrastructure can be an attractive target because they are accessible and fragile. Even squirrels munching on wires or thieves looking to steal copper can cause outages, leaving towns without power. And because transformers generate large quantities of heat, substations are often open to the air and located far from large concentrations of people, increasing the cost of security guards.

Tom Alrich, a security consultant who focuses on electric power, said grids are supposed to have “enough redundancy” that, even if one or two substations or plants go offline, nobody will lose power — or, if they do, the outage will be brief.

“That obviously wasn’t the case with these attacks,” he said.

“If this is really a national problem, I think the federal government should step in to help power utilities create an appropriate level of physical hardening in most substations, or at least those above a certain threshold of criticality,” Alrich added.

And as questions around the attacks linger, experts say there is a history of extremist groups targeting infrastructure.

The threat has returned sporadically in the decades since, revived most recently by far-right “accelerationist” groups such as Atomwaffen Division and the Base, whose members encourage targeting infrastructure to hasten their goal of societal collapse.

“All of these are carried out as part of a broader slate of violent attacks that are all meant to undermine people’s faith in what these activists think of as ‘the system,’” Belew said.

A report issued in September by the Program on Extremism at George Washington University found that “white supremacist attack planners were laser-focused on conducting attacks on the energy sector during the last six years as a pretext for the anticipated collapse of American government and society.”

Among the case studies mentioned in the report was Brandon Clint Russell, a former Florida National Guardsman who founded the neo-Nazi group Atomwaffen Division. In 2017, Russell pleaded guilty to federal explosives-related charges.

Danielle Paquette contributed to this report.