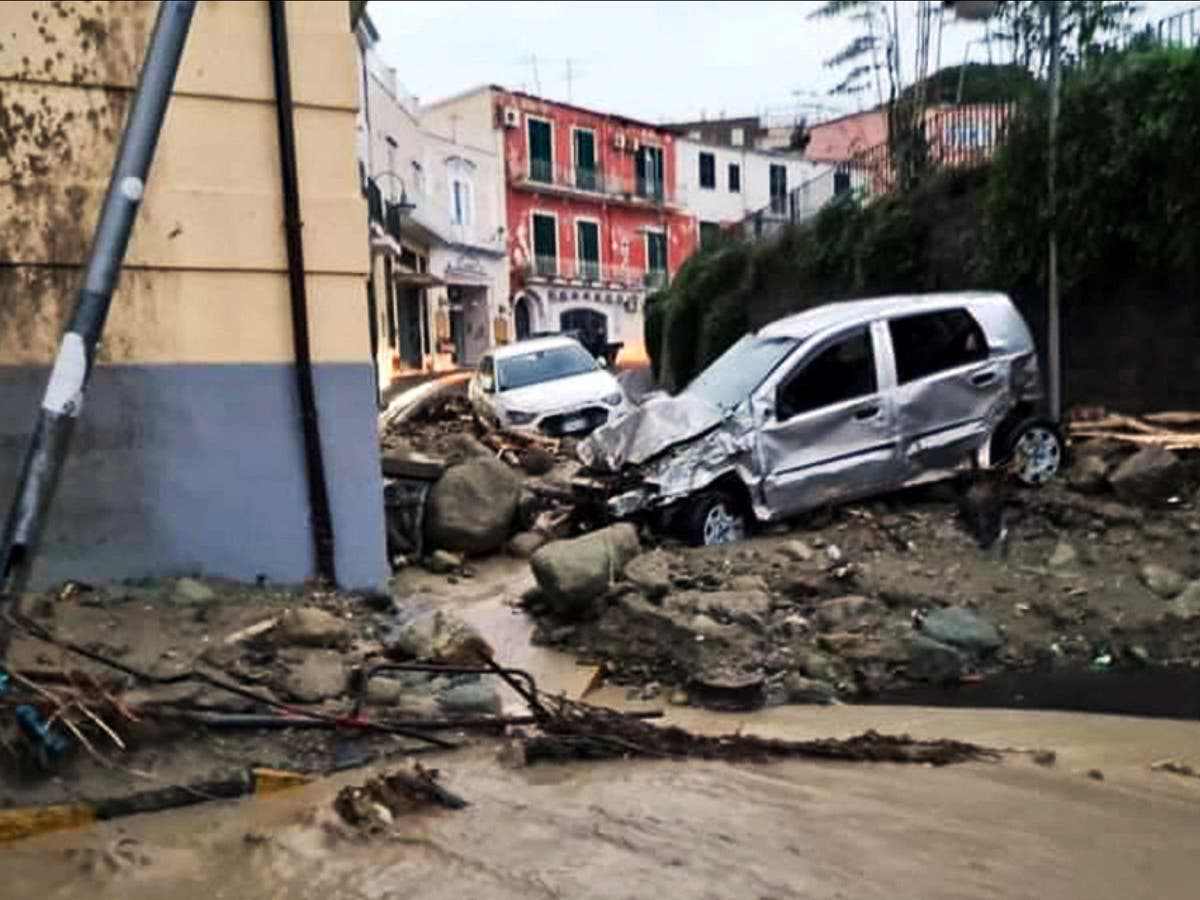 At least eight people have been reported dead and more are missing on the Italian island of Ischia, after buildings were engulfed by a landslide caused by heavy rain.

The island, situated in the Bay of Naples, has also been beset by flooding – with two people rescued from a car which was dragged into the sea, the fire service said.

A young child is among those being searched for by authorities, an official with Italy’s civil protection department told Sky TG24, adding that families in danger were being evacuated.

Reinforcements were being sent from Naples but were having some difficulties reaching the island with motorboats and helicopters due to bad weather, the fire service said.

Prime minister Giorgia Meloni said she was in close contact with the civil protection minister and authorities in the Campania Region “to follow the evolution of the wave of bad weather that has hit Ischia”.

“The government expresses its closeness to the citizens and mayors of the municipalities on the island of Ischia and thanks the rescuers engaged in the search for the missing”, Ms Meloni said.