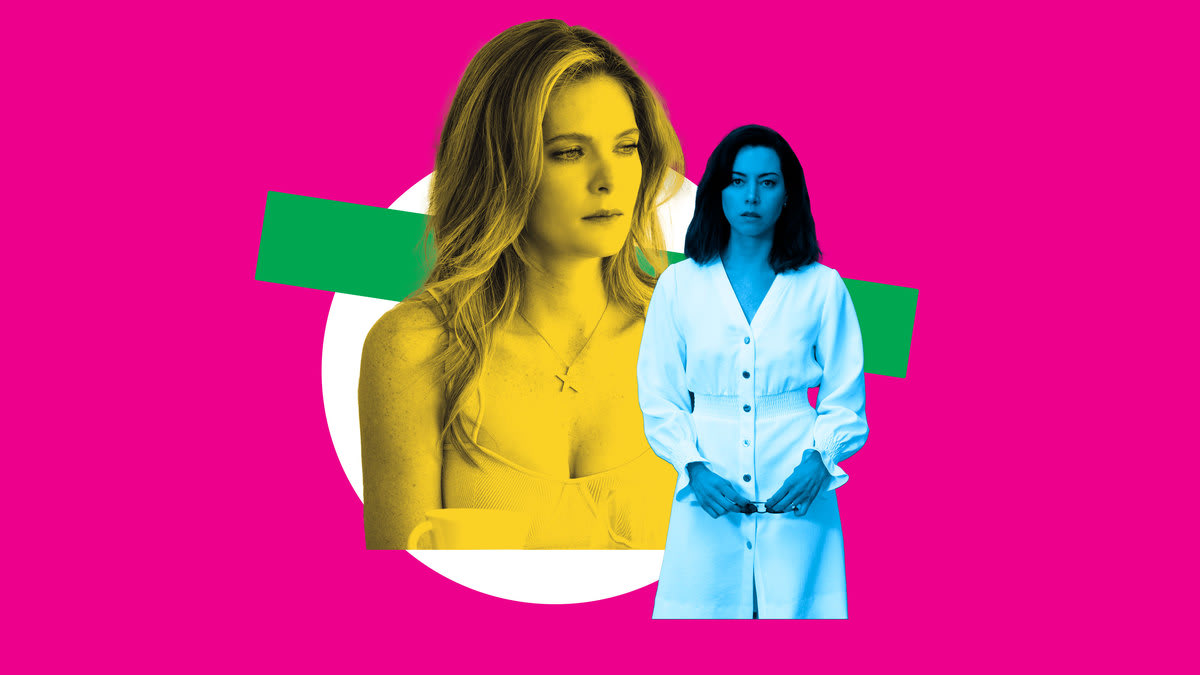 This is a preview of our pop culture newsletter The Daily Beast’s Obsessed, written by editor Kevin Fallon. To receive the full newsletter in your inbox each week, sign up for it here.

The Best Part of The White Lotus

When I planned to write a little something about how The White Lotus has gotten really good this season, I didn’t mean to time it to the episode with all the butts, incest, and gay sex, I swear.

That said, those certainly were major elements of “That’s Amore,” my favorite episode of the season thus far, and they’ve certainly gotten a lot of attention. A screenshot of the closed captioning when Jennifer Coolidge’s character walks in on an illicit tryst—“MEN PANTING”—became an instant meme, while Buzzfeed is making an early play for the Pulitzer with its piece, “The Men—And Butts—of The White Lotus.”

Sexual politics and power dynamics are the preoccupation of this season of the HBO series, which is becoming clearer each week. Sunday’s episode certainly proved that, but it wasn’t one of the more graphic sex scenes that was the highlight for me. It was a conversation between the season’s two standout performers, Aubrey Plaza and Meghann Fahy.

Plaza has been a transfixing presence this season, playing a tightly wound woman who was confident that she knew who she was, who her husband was, and how—and why—their marriage worked, to the point that she was comfortable judging everyone else. But their trip to The White Lotus with business friends has slowly unraveled all of that, as she alternately tries to conceal that she is feeling unmoored by it and leaning into the fact that she is reeling altogether.

The more she dwells on the reality that her husband allowed his friend to hire hookers and then partied with them, the further her sense of control slips away. She embraces a bit of a reckless abandon, getting sloshed at a winery and antagonizing her husband and their friends. But it culminates in a private sitdown with Fahy’s character, in which Plaza urges her to acknowledge that an affair happened.

Fahy has been a revelation this season, especially in this scene. There’s a look on her face as Plaza says this: one of defiance, offense, stoicism, heartbreak, and certitude all at once. That, too, was instantly turned into a meme—though, in this case, not one giggling about men having sex, but one in awe of Fahy’s performance.

The dynamic between these two women is what’s holding this season of The White Lotus together. It’s so good that, inexplicably, I rank it as more important than the butts. Who am I?

I spent the Thanksgiving weekend crying. Well, maybe we all did. I don’t know your family.

My crying was somewhat purposeful, though, as I spent each night before bed catching up on the new (and final) season of Dead to Me on Netflix. The series, which stars Christina Applegate and Linda Cardellini, toed the perfect line between uproarious snark and extreme emotion. It was a show about grief and anger, the ways those things take over our lives, and why we should allow ourselves to feel and express them.

Which brings me to the thing I want to highlight: Applegate is phenomenal in this. Like, astonishing. She’s magnificent throughout the whole series, but I would like to single out the way that she curses. Christina Applegate is just so good at saying the word “fuck.”

In the eighth episode of the season, her character gets bad news and, almost like a biological impulse that she can’t stop, she just starts saying “fuck,” over and over again, a different way each time. It’s what I’d imagine hearing a virtuoso musician improvise on their instrument would be like, or watching a prima ballerina dance to a piece of music they feel moved by. That is how good Christina Applegate is at cursing. By the time, near the end of the season, she calls a doctor a “fucking dick fuck” on the phone, I knew I was watching a master at work.

I Can’t Get Enough GMA Gossip

Until three days ago, I had no idea who Amy Robach or TJ Holmes, the Good Morning America anchors caught having an affair, were. Now, I know more about them than I do my own family. This is a tabloid celebrity scandal the likes of which we haven’t had in a long time: utterly meaningless, but irresistible. (That they apparently fell in love while training for a half marathon, whereas I would be fantasizing about murdering the person forcing me to exercise, just adds another layer to the fascination.)

The way that it was all happening in plain sight, and that they just hosted GMA the rest of the week like the whole world wasn’t gossiping about them—it’s so perfect. Every once and a while, we need to grant ourselves permission to embrace our trashy impulses to consume salacious news without feeling gross about it. Now is that time.

How You Doin’, Indy?

They de-aged Harrison Ford for flashback scenes in the new Indiana Jones sequel, and I’m not mad about it…

What to watch this week:

Spoiler Alert: Bring all the tissues you have to this gorgeous movie. (Now in theaters)

Lady Chatterley’s Lover: The sex scenes are so steamy and hot, but it’s also surprisingly moving. (Now on Netflix)

Slow Horses: I’ve always been confused by this aggressively boring name for a great British spy drama, but it’s still worth watching. (Now on Apple TV+)

What to skip this week:

Gossip Girl: Serena and Blair would be appalled at what’s happened to this series. (Now on HBO Max)

Emancipation: The conversation about whether or not this Will Smith movie should have been released would be more interesting if it was good. (Now in theaters)