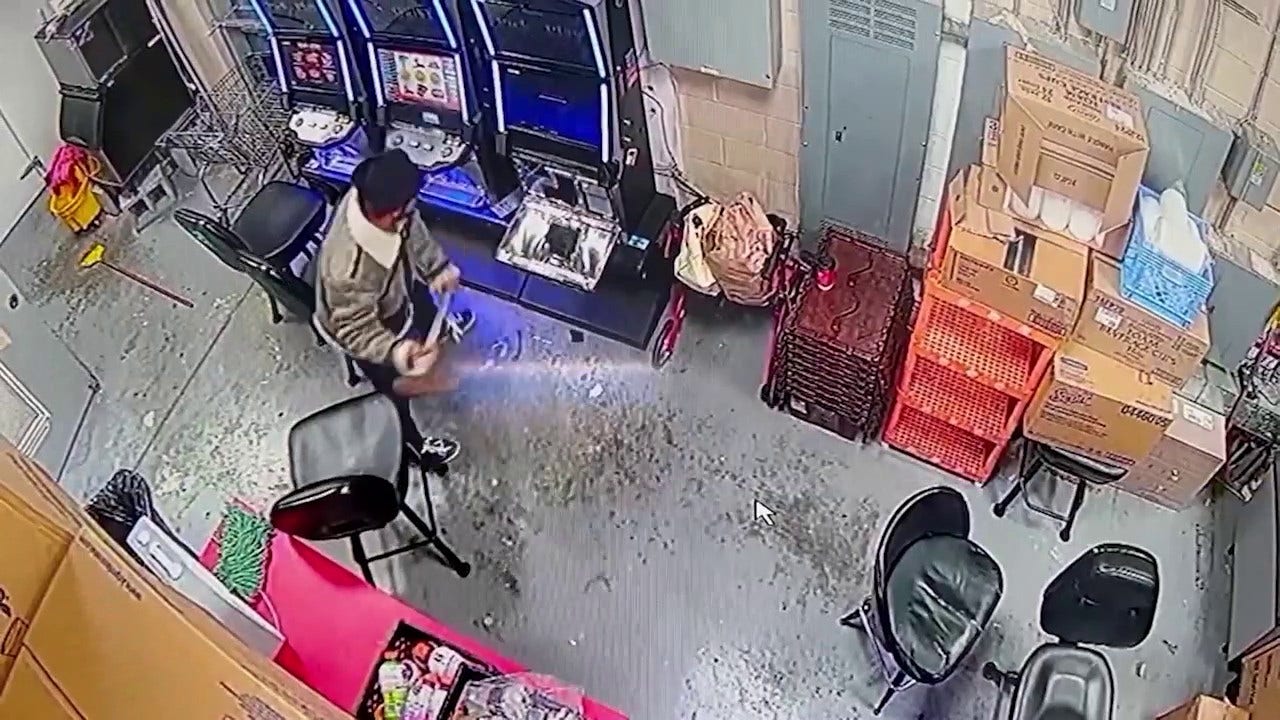 An ax-wielding man in Georgia was caught on camera last month smashing a gaming machine at a convenience store and stealing thousands of dollars in cash, according to a local report.

The incident happened around noon on Nov. 22 at a Chevron Food Mart in Austell, FOX5 Atlanta reported.

The store shared surveillance video with the station that shows a man walk into the store with an ax, walk up to the gaming machines and break them open.

He whacked the machines at least 21 times while yelling, “You don’t pay the cash amount!” the station reported.

The suspect was seen on surveillance video from inside the Chevron Food Mart in Austell, Georgia.
(FOX5 Atlanta WAGA)

The machines are owned and operated by the Georgia Lottery, and it is illegal to pay out cash, the store’s manager, Mirza Baeg, told the station.

The suspect was seen playing on the machine prior to the attack.
(FOX5 Atlanta WAGA)

The suspect allegedly stole $2,800 in cash and destroyed the machine, which is worth about $5,000, the report said.

CA POLICE FATALLY SHOOTS MAN WHO LIT A TREE ON FIRE, CHARGED AT OFFICERS WITH A PIECE OF WOOD

Baeg told the station that his store was hit with a similar crime about a week earlier when two men broke open two of the machines.

The suspect is wanted after allegedly stealing $2,800 and destroying the $5,000 machine, the station reported.
(FOX5 Atlanta WAGA)

“Nobody is coming to my business now, it’s very hard,” he said.