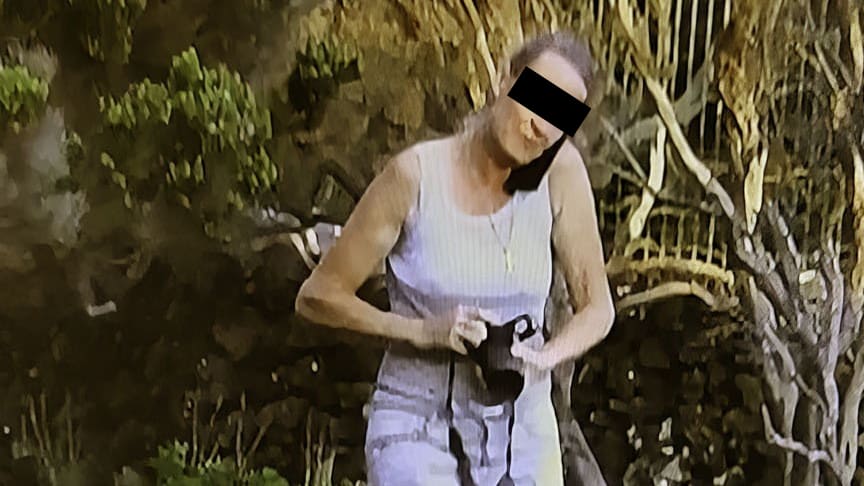 What does Ruth H. really know?

Ruth H. (53) looks suspiciously from her property on the Azores island of Pico (Portugal). Two dogs by her side. She is on the phone, holding a camera in her hand. The German has just come from an interrogation in a double murder case!

The police believe: With her partner Tomislav J. (60), she made two bodies disappear. What does the girlfriend of the German hermit who is in custody for murder know?

The fact is: After two buyers (65, 74) disappeared from the undeveloped neighboring property on September 10, the police discovered a fireplace on the German land. In the ashes lay the pacemaker of one of the missing…

J. confessed to the police that he shot and burned the men. His motive: He didn’t want any neighbors!

According to villagers, he previously lived in seclusion on the lonely property with physiotherapist Ruth H. Only you have bought in the supermarket. “She used to come here with her husband and eat octopus or drink coffee here,” says a café owner. “I never saw her with her partner Tomislav. He lived in isolation and had no friends here.”

The police want to clarify in an interrogation on Thursday whether the German from the Hessian Taunus knew about the murder plans. Because the police see no risk of absconding, Ruth H. has so far been at large.