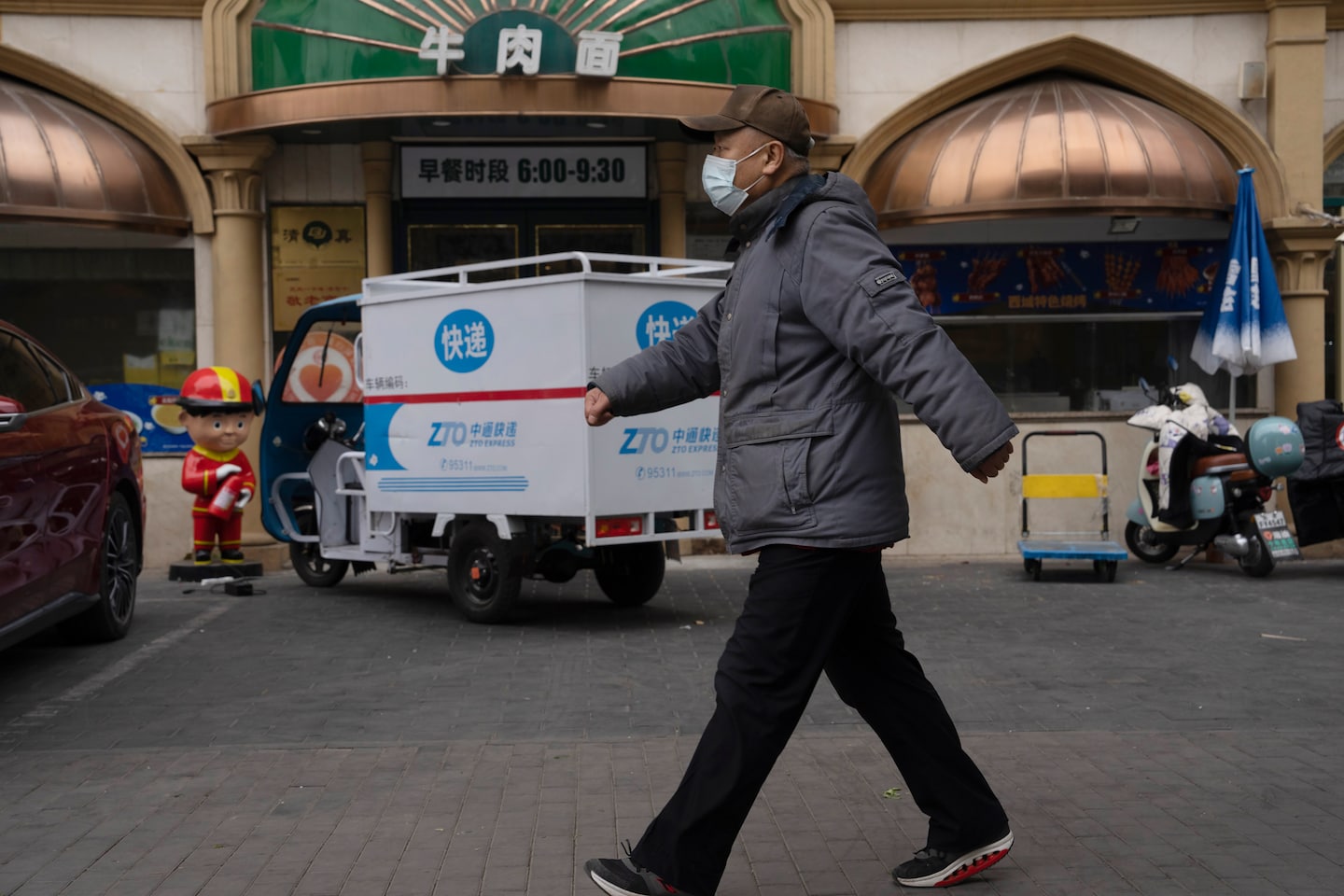 BEIJING — Chinese authorities on Saturday announced a further easing of COVID-19 curbs with major cities such as Shenzhen and Beijing no longer requiring negative tests to take public transport.

The slight relaxation of testing requirements comes even as daily virus infections reach near-record highs, and follows weekend protests across the country by residents frustrated by the rigid enforcement of anti-virus restrictions that are now entering their fourth year, even as the rest of the world has opened up.

The southern technological manufacturing center of Shenzhen said Saturday that commuters no longer need to show a negative COVID-19 test result to use public transport or when entering pharmacies, parks and tourist attractions.

Meanwhile, the capital Beijing said Friday that negative test results are also no longer required for public transport from Monday. However, a negative result obtained within the past 48 hours is still required to enter venues like shopping malls, which have gradually reopened with many restaurants and eateries providing takeout services.

The requirement has led to complaints from some Beijing residents that even though the city has shut many testing stations, most public venues still require COVID-19 tests.

The government reported 33,018 domestic infections in the past 24 hours, including 29,085 with no symptoms.

As the rest of the world has learned to live with the virus, China remains the only major nation still sticking to a “zero-COVID” strategy which aims to isolate every infected person. The policy, which has been in place since the pandemic started, led to snap lockdowns and mass testing across the country.

China still imposes mandatory quarantine for incoming travelers even as its infection numbers are low compared to its 1.4 billion population.

The recent demonstrations, the largest and most widely spread in decades, erupted Nov. 25 after a fire in an apartment building in the northwestern city of Urumqi killed at least 10 people.

That set off angry questions online about whether firefighters or victims trying to escape were blocked by locked doors or other anti-virus controls. Authorities denied that, but the deaths became a focus of public frustration.

The country saw several days of protests across cities including Shanghai and Beijing, with protesters demanding an easing of COVID-19 curbs. Some demanded Chinese President Xi Jinping step down, an extraordinary show of public dissent in a society over which the ruling Communist Party exercises near total control.

Xi’s government has promised to reduce the cost and disruption of controls but says it will stick with “zero COVID.” Health experts and economists expect it to stay in place at least until mid-2023 and possibly into 2024 while millions of older people are vaccinated in preparation for lifting controls that keep most visitors out of China.

While the government has conceded some mistakes, blamed mainly on overzealous officials, criticism of government policies can result in punishment. Former NBA star Jeremy Lin, who plays for a Chinese team, was recently fined 10,000 yuan ($1,400) for criticizing conditions in team quarantine facilities, according to local media reports.

On Friday, World Health Organization emergencies director Dr. Michael Ryan said that the U.N. agency was “pleased” to see China loosening some of its coronavirus restrictions, saying “it’s really important that governments listen to their people when the people are in pain.”