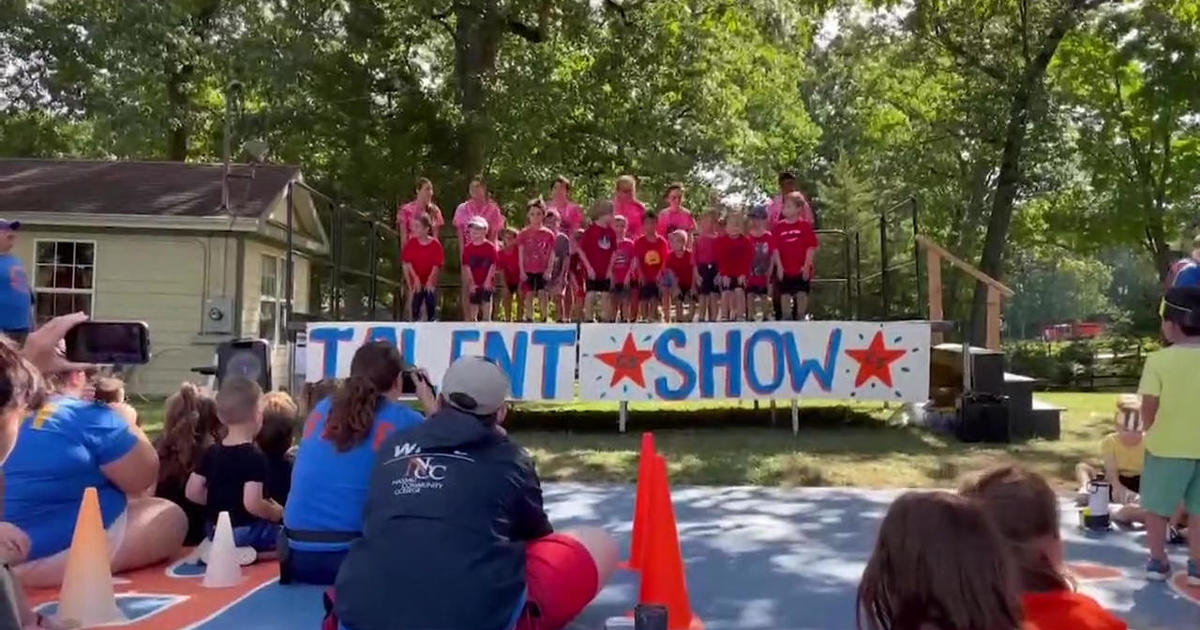 BROOKVILLE, N.Y. — A beloved summer camp on Long Island has been ordered to close its doors.

Courts have sided with the village of Brookville in finding Camp Jacobson is not a religious institution, and therefore is not entitled to special zoning treatment.

On Thursday, CBS2’s Carolyn Gusoff spoke with parents grappling with the news.

“So disappointing. This is such a nurturing place,” said Jami Berg, a camper’s mother.

Berg said her 5-year-old, Oliver, couldn’t wait to return to Camp Jacobson, but there may not be another summer season for the camp nestled in quiet Brookville.

“I do think for him it will be devastating,” camper’s mother Stephanie Small said.

Parents are disturbed by a court decision in favor of the village that would end a 15-year run.

The finding is that the camp, which is operated by the Sid Jacobson Jewish Community Center, is not a religious or educational institution, but purely recreational and thus not entitled to a zoning exemption.

“Who gets to determine what’s Jewish in terms of a camp? Our food is kosher. We have Shabbat on Friday. How is it that a municipality or a court would decide that’s not Jewish enough?,” said David Black, executive director of the JCC and Camp Jacobson.

Camps have operated on the grounds for 75 years.

The battle began eight years ago when the camp applied to widen its narrow driveway. Public hearings were held and neighbors complained of noise, dramatically increased traffic, and that they “can only enjoy their outside property when camp is not in operation.”

The village says 40 neighboring property owners’ “quiet use and enjoyment of their properties have been adversely impacted by the JCC’s illegal use” of the 14 acres.

Parents of 450 campers have been told to make other plans.

“The fact that we have to go back to the drawing board and start the process all over again is heartbreaking,” Small said.

While camp owners are pleading for a compromise.

“Talk to us, give us your parameters, but that they declined to do,” Black said.

Camp Jacobson is appealing the decision and is asking the village to come up with a neighborly solution to what it call a hurtful situation to hundreds of families.

John Chase, the attorney for the village of Brookfield, released the following statement:

“The village’s Zoning Board of Appeals found that the summer camp use of the subject property was not permitted by the village’s zoning ordinance or by any conditional use. Thereafter, the Supreme Court, Nassau County held, and the Appellate Division, 2nd Department confirmed, that the JCC is not a religious organization or educational institution which would be entitled to deferential zoning treatment under New York law, and therefore the operation of its summer camp at this location was in violation of the village’s zoning regulations,” Chase said. “Irrespective of these court determinations, the JCC has continued to operate the summer camp in violation of the village’s zoning regulations, leaving the village with no alternative but to now seek injunctive relief from the court. The village is compelled to enforce its zoning regulations in order to protect the health, safety and welfare of its residents, including the neighboring property owners whose quiet use and enjoyment of their properties and quality of life have been adversely impacted by the JCC’s illegal use.”

Carolyn Gusoff has covered some of the most high profile news stories in the New York City area and is best known as a trusted, tenacious, consistent and caring voice of Long Island’s concerns.