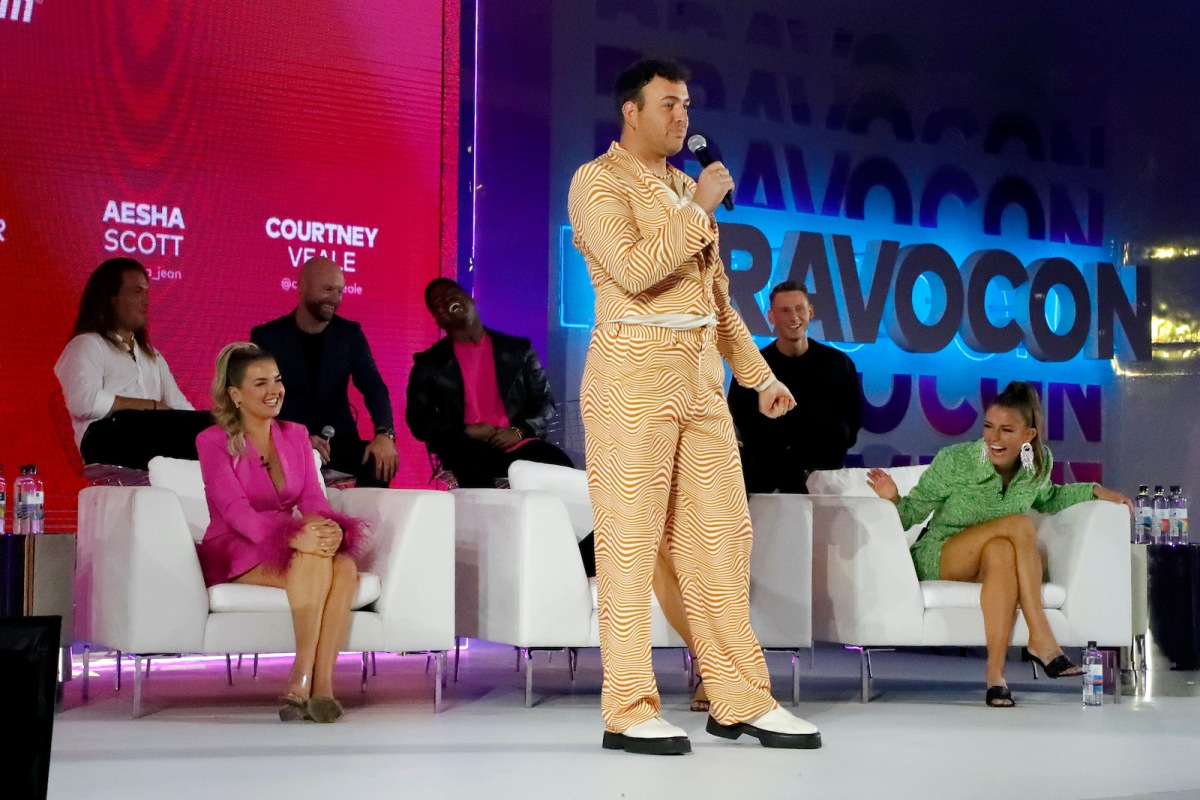 Kyle Viljoen from Below Deck Mediterranean said the yachting world has yet to fully accept the LGBTQ community, sharing that gay yachties have to work twice as hard to be promoted and taken seriously.

He also shot back at anyone who pinned his sexuality on how he reacted to his injuries after falling down a flight of stairs on Below Deck Med. “I don’t want people to think I’m only crying or showing pain because I’m gay. That’s absolute bulls***,” he told Showbiz Cheat Sheet.

“At the end of the day, if you’re feeling pain, I would want people to see it,” he said. “So what I’m saying is I hope that people don’t view it as, ‘Oh, he’s gay, he’s weak.’ No girl, I had to work from the bottom up and I still haven’t succeeded because of who I am.”

Viljoen said yacht captains and management companies say they accept the queer community but don’t act on it. “As individuals, you can say, we accept people. We love the gays, we’re for the gays. Bulls***. Where are the promotions, where are the increases? Where’s the equal opportunity?” he asked.

Yacht captains told Kyle to ‘dumb it down’ for a job

At the same time, he becomes discouraged when people roll their eyes when he says he’s gay. And that queer yachties deserve acceptance. “I hate that every time I mention ‘gay’ people are like, ‘Oh, yeah, Kyle, we hear you, you’re gay whoop-dee-doo.’ I know I’m gay. I accept that,” he said. “But I need people around us to start accepting that. I need equal opportunity to be accepted and I need the freedom to be accepted.”

RELATED: ‘Below Deck Med’: Kyle Slams Natalya – ‘She Never Once Asked Me About My Life’ [Exclusive]

Viljoen recounted how former employers have told him to change who he is for a job. “I’ve had captains who told me to dumb it down, to be less feminine, to be more masculine. Telling me how to get a job, this is what I need to do,” he recalled.

“And that’s what I did to get a job,” he admitted. “But do I think that’s right? And do I think it’s fair for other individuals within my queer community? I don’t.”

“If I had this platform, if I had this voice, I’m going to fight for us,” he said about LGBTQ yachties. “I’m going to do it. And people can say what they want about me. I’m not blaming being gay. I’m saying we have not evolved yet in the yachting industry when this opportunity is there.”

The old standards still exist in the industry. “If you’re not skinny, typical always on yachts, the blond long hair, you know, the one that doesn’t really have much personality, just great to look at is the one that firstly gets hired,” he said.

“And that’s really unfortunate. This goes for people of color as well in the industry … hardly heard about,” Viljoen said. “And that’s scary because I feel like I need a break this cultish ideology that this is how it always has been. We understand you’ve been a captain for 50 years. Congratulations.”

Working for Captain Sandy Yawn was a game-changer for Viljoen. “But no, coming on this boat I’ve never worked with a female captain and an individual part of my queer community,” he said about Yawn. “That was gold struck, right? Captain Sandy still speaks about our freedom within the yachting industry, and I will continue to do so as well. I’m not crying out for help because I’m gay. That’s not what I’m saying. I’m crying out for saying we’re here, we’re queer and we’re here to stay.”