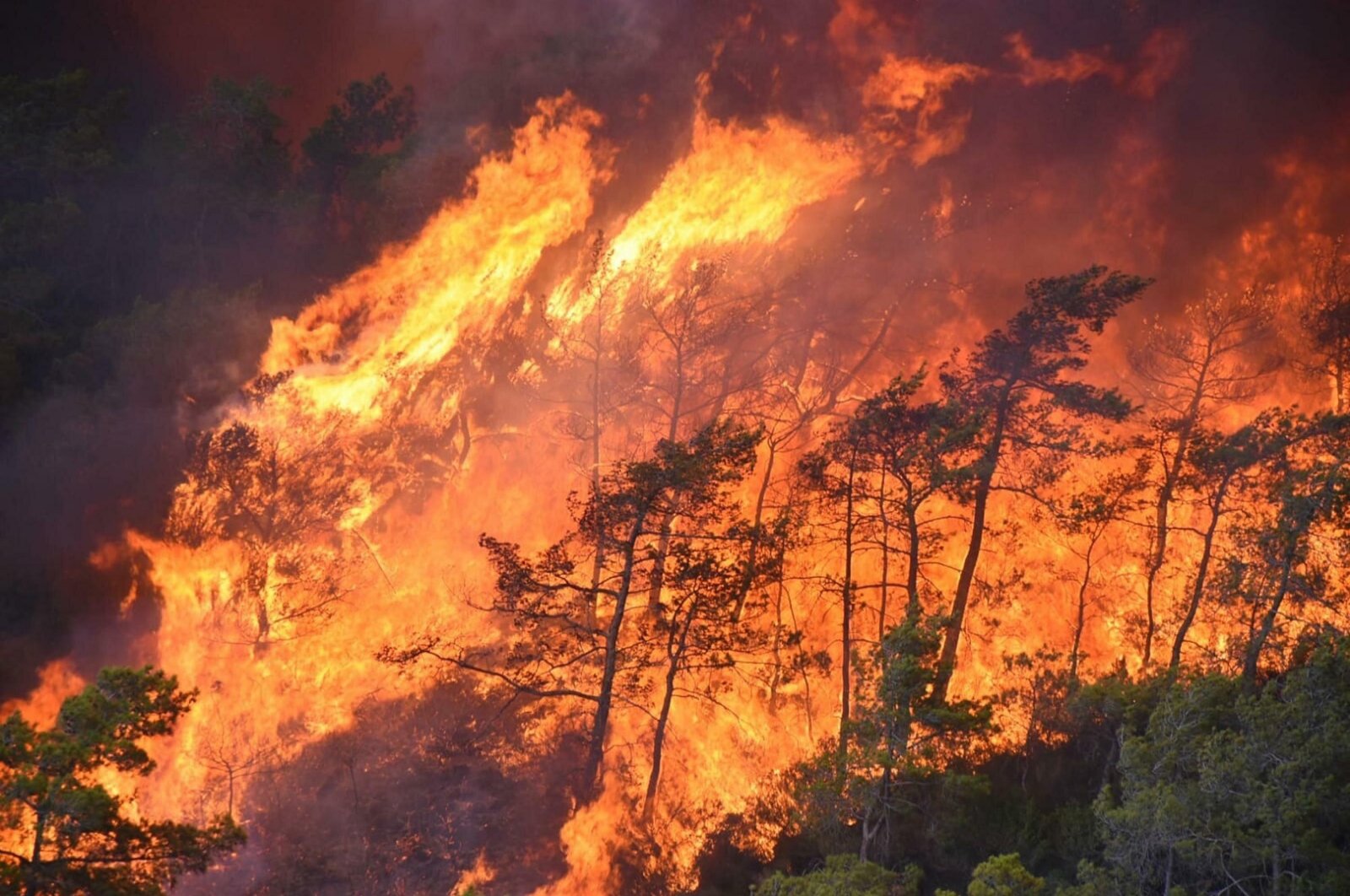 Like many locations worldwide, Turkey is sadly also subject to forest fires, which can easily rage in the ignitable conditions when the sweltering sun is met with strong winds, which frequently occurs in the summer months. Last year, wildfires raged along the Aegean coast in destinations such as Marmaris, Köyçeğiz, Manavgat and especially in and around Bodrum. This summer similarly, and as recently as last week, wildfires ignited once again, this time in Muğla’s beloved Bördübet region.

Let’s hope it isn’t, but if this is a sign of what is to come this summer, then it is time to be on high alert, for visiting foreigners and Turks alike, so we can do everything in our power to protect the majestic nature that exists here. And so, I have compiled a list of top tips for all of us here in Turkey to prevent possible wildfires.

First and foremost, if you happen to see a potential fire arising, or any emergency for that matter, simply dial 112. The 112 number, similar to dialing 911 in the United States, is now the go-to phone number for any emergency, including wildfires. There should be an English language option, but if not simply say “yangın var,” which is how you say there is a fire in Turkish. You will also want to provide as accurate an address or description of the location as possible.

Stay at the site, clear way

In such a situation it is advised that the informant remains at the location to assist in precisely locating where sparks or the potential fire is originating. In addition, it is crucial that access be cleared for firefighters to arrive. If you can ensure cars are moved out of the way or try to ensure other vehicles do not enter the area, then you will truly be doing your part in assisting firefighting efforts. Turks love to help and in the event of a fire especially, everyone will take to the streets to try and assist as much as they can, but the most important thing we can do is to prepare the site for the firefighters’ arrival by making sure they have enough space to maneuver in.

Only trained firefighters and volunteers should put out fires

You see, last year multiple areas in Turkey, especially the country’s southern coastline, suffered from forest fires. Due to the tragic chaos of multiple fires relentlessly surfacing in precious forested areas that encroached on neighboring villages and residential areas, volunteers in masses came out to try to assist in the firefighting efforts. However, the chaos that ensued on the roads with throngs of volunteers coupled with the efforts to relocate households and their animals, at times derailed official firefighting efforts and thus it is strongly advised that only trained volunteers and official firefighters be tasked with putting out wildfires.

But of course, we all want to help as was evident in last year’s rallying efforts to assist in extinguishing the flames that raged. However, the best way for a layman to do so is to get in touch with local officials and ask them directly what they need. Last year, multiple social media groups and organizations advertised the need for ice, cold water, beverages and healthy snacks. And so, instead of actually going to the site and adding to the chaos of additional cars, my friends and I delivered the requested goods to an organization the local municipality referred us to.

Fires are quiet so be alert

Last year, I was also privy to being in a house that had to be quickly evacuated as a fire encroached upon everything I called home. While I was up and working at my desk one night, a fire ignited in the neighboring field and was quickly approaching my home when I noticed it. But the thing is, I only realized a fire was raging just meters away when I coincidentally opened the curtain. The moment I did open the curtain though, I saw a huge flash of light and made the huge mistake of opening the door to get a better look after which I could no longer see anything, nor breathe as all of the smoke that suddenly entered the home. In a black cloud of smoke, I tried to rally my pets and think of what mattered to me most in the house as I quickly packed up to evacuate it for what I thought was forever. Luckily and miraculously, firefighters arrived and extinguished the fire in mere minutes thankfully as it had literally reached just a few meters from the start of the garden.

The lesson learned from my own wildfire experience is that it pays to be prepared. I now have my cat transporter box ready, an extra lead for my dog and a bag of water, snacks and supplies, such as a towel to block smoke with, always ready and near the door for any natural disaster that might surface at a moment’s notice. A major issue for me in trying to evacuate during the fire, is that the smoke was so thick I couldn’t see nor breathe. I now actually have swimming goggles and a head flashlight waiting at the entrance of my door in case I need a quick and not-so-clear exit.

Water down the surroundings

As I was packing up my bag and pets to make a fast exit in a dark cloud of smoke, it turns out my neighbors had arrived at the scene and turned on our water sprinkling system and began hosing the garden down with water despite being clouded in smoke. One neighbor even rigged their pool pump to begin pumping water out to the encroaching flames.

A northerly wind is said to dry up humidity, making flammable material primed to ignite. So, beware and take extra care when the wind blows from the south. Where the roads and the forest connect are some of the most high-risk areas along Turkey’s coastline. Littered items such as glass bottles and even plastic bottles can result in the microscopic effect of suddenly igniting.

What can we do in the meanwhile…

The best way to prevent forest fires is to clear the litter and unnatural debris left in forests. If we can rally ourselves and others to start picking up trash when we see it, especially glass and plastic bottles, then we are not only preventing potential forest fires, but we are also clearing the area of trash, both of which are just wonderful things to do to begin with, plus you can get a good workout in while doing so!

‘The Challenge’ Season 38 Spoilers: Who Goes Home in Episode 9? It Might Be No One