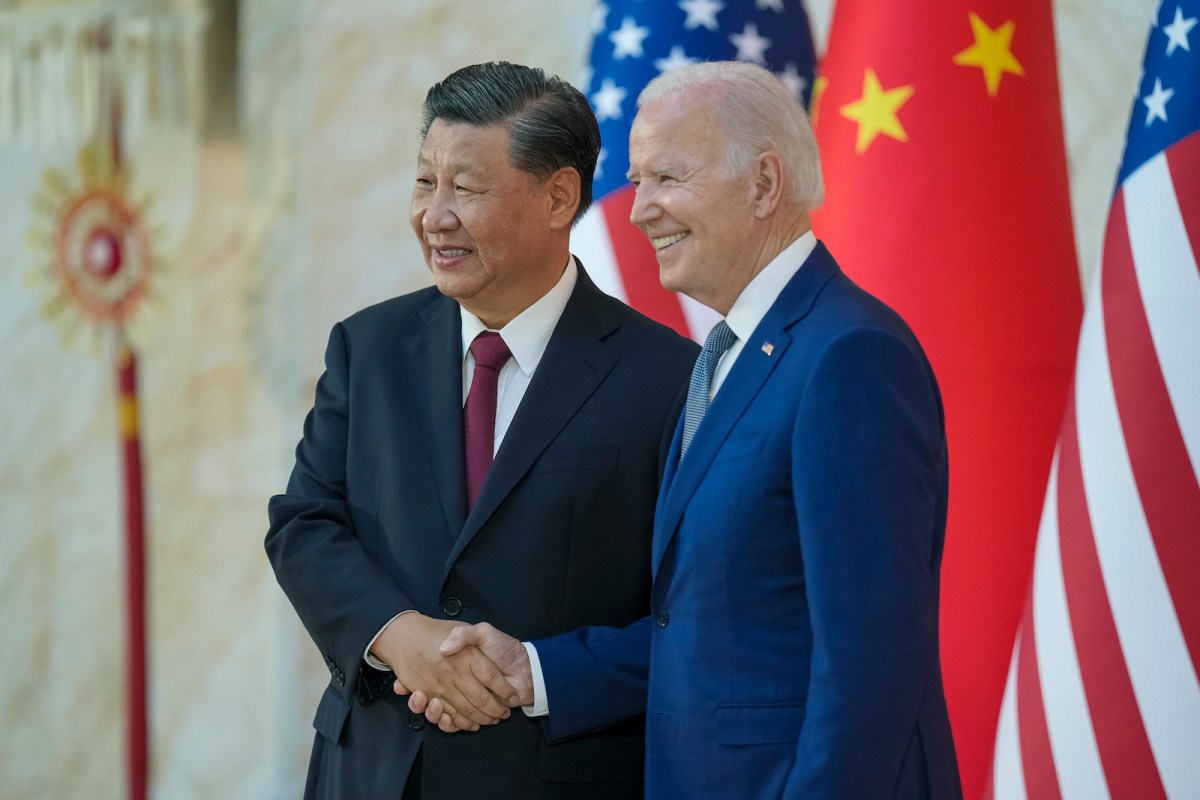 US President Joe Biden’s November 14 meeting with Chinese President Xi Jinping in Bali, Indonesia was never supposed to be a historic breakthrough between the world’s two greatest powers.

Too many core issues, from Taiwan and the South China Sea to trade and technology, currently separate the two powers for the exchange to have produced major achievements.

US and Chinese officials knew this, of course. Neither side worked for a dramatic improvement in ties but rather they searched for an opportunity to inject some stability into a relationship in desperate need of it.

US National Security Adviser Jake Sullivan said as much when he previewed the sit-down, emphasizing that Biden and Xi would have the chance to be frank and firm about where they disagreed, clear up misunderstandings that might exist and explore how US-China relations could be managed responsibly.

This is what Biden and Xi did during their over three-hour confab. The official US and Chinese readouts of the exchange were notably similar on one key point: the need, if not urgency, to ensure that the strategic competition between the two powerhouses does not veer toward a conflict neither country wants.

That the session adjourned with a number of working groups established, as well as the resumption of climate talks and US Defense Secretary Lloyd Austin’s second face-to-face meeting with his Chinese counterpart, General Wei Fenghe, about a week later, provided a cautiously hopeful signal that positive momentum remained a possibility.

If Xi and the rest of the Politburo Standing Committee thought President Biden would be more amenable to China’s rise than his predecessor, they were quickly disabused of that notion.

To Donald Trump, China fleeced the United States economically and attempted to exceed it militarily. Yet to Biden, China is a multidimensional problem and the metaphorical tip of an authoritarian spear working to replace the US-dominated order with one run from Beijing.

The Biden administration’s policy documents are careful to mention collaboration with China when interests converge, but as the US National Security Strategy states, “Beijing has ambitions to create an enhanced sphere of influence in the Indo-Pacific and to become the world’s leading power.”

The phrase “world’s leading power” is instructive; in Washington’s view, China is not merely content with superiority in its neighborhood but covets the status of global hegemon.

The administration’s assessment of the China challenge, combined with China’s expansive claims in the East and South China Seas, its treatment of minorities in Xinjiang, and active military modernization drive (among other issues) all contribute to US-China ties devolving to their lowest point since the two established formal diplomatic relations in 1979.

Interactions between officials early in the Biden administration did not help. While Biden and Xi did not waste any time communicating – their first call occurred on February 10, 2021, about three weeks after Biden’s inauguration – their subordinates spent meetings reciting well-worn talking points.

US Defense Secretary Lloyd Austin was repeatedly prevented from getting through to General Xu Qiliang, vice chair of the Central Military Commission. The United States and China spent 2021 sanctioning one another’s officials and issuing travel restrictions on one another’s diplomats.

The bilateral relationship’s downward trajectory reached new lows in August, when House Speaker Nancy Pelosi’s trip to Taiwan – the first visit to the self-ruled island by a speaker in a quarter-century – prompted the Chinese government to adopt stern military and diplomatic measures that raised tension in the region.

Militarily, the People’s Liberation Army (PLA) greeted Pelosi’s travel with cruise missile tests, numerous incursions across the median line by fighter aircraft, and what can only be described as a dress rehearsal for a hypothetical Taiwan blockade.

At its core, the Biden-Xi summit belatedly attempted to bring US-China relations back to where they were prior to August. Relations weren’t stellar before Pelosi landed in Taipei, but the two powers were at least engaging across multiple issue sets.

Dialogue between Pelosi’s trip to Taiwan and the Xi-Biden meeting was lackluster. Opportunities for US Ambassador Nicholas Burns to get an audience with key Chinese policymakers are limited, and Qin Gang, China’s ambassador in Washington, reportedly faces his own restrictions on access to US officials.

A single phone call in July has been the extent of the contact between Chairman of the Joint Chiefs General Mark Milley and PLA Chief of the Joint Staff General Li Zuocheng. It took Defense Secretary Lloyd Austin over a year before he spoke with Gen.

Wei Fenghe, China’s minister of national defense – and only after Austin gave up on reaching General Xu Qiliang, the PLA’s highest-ranking officer.

To the strongest hawks in Washington and Beijing, this spotty dialogue isn’t all that worrying and may even have been something to cheer.

However, it is one thing for the United States and China to possess starkly different foreign policy strategies, objectives, and perceptions of how the world should operate (one would expect such differences). It is another thing entirely for those differences to fester unmanaged.

In situations where competitors or adversaries have strong, conflicting paradigms, clear, durable, and consistent communication – particularly at the senior levels – is an absolute prerequisite to mitigating conflict.

Biden and Xi rightly concluded that the lack of communication channels made responsible competition – a goal both leaders profess – virtually impossible. The question naturally arises: will more communication necessarily result in more rapprochement?

The answer varies by issue. For instance, it’s difficult to envision a scenario whereby the United States and China arrive at a general understanding about Taiwan; Xi is as committed to reunifying the island with the mainland as Biden is to ensuring Taiwan can make a PLA invasion contingency prohibitively costly.

Biden’s suggestion that the United States would come to Taiwan’s defense if the PLA launched a military operation, followed with subsequent clarifications by his advisers that US policy toward Taiwan hasn’t changed, just adds to the confusion in Chinese policy circles about whether Washington is still abiding by the “One China” policy.

The “one China” policy, which states in part that Washington recognizes the PRC as the sole government of China and acknowledges (but does not recognize) the PRC’s claims to Taiwan and opposes any unilateral moves toward Taiwanese independence, has governed U.S.-Taiwan relations for more than four decades

PLA military exercises around Taiwan and periodic US freedom of navigation operations in the Taiwan Strait likely give more ammunition to hardliners in both capitals pining for a full decoupling.

A ceasefire in the technology and trade wars is also unlikely in the short term. Tariffs remain in effect, with neither side willing to make the first move toward lifting them.

Like the Trump administration before it, the Biden administration uses Commerce Department rules to stop advanced semiconductors and chip-making machinery from reaching China, which Beijing detests as a deliberate US attempt to kneecap Chinese technological development.

The United States rejects those complaints wholesale, arguing that US technology should in no way bolster the CCP’s internal surveillance and military modernization.

Even if those big agenda items remain unresolved, two superpowers that hold more than 40% of the world’s GDP and account for more than half of the world’s military spending don’t have anything to gain by completely isolating each other.

If Biden’s meeting with Xi puts a stop to a deeper deterioration in relations, it will have been worth the effort.

Daniel R DePetris ([email protected]) is a fellow at Defense Priorities and a foreign affairs columnist at the Chicago Tribune and Newsweek.

This article, originally published by Pacific Forum, is republished with permission.

Anti-Discrimination Laws Are Called Into Question by SCOTUS

Jonathan Majors Details the Mission of the Gotham’s Sidney Poitier Initiative: ‘To Push the Legacy Forward Is Everything’ (EXCLUSIVE)