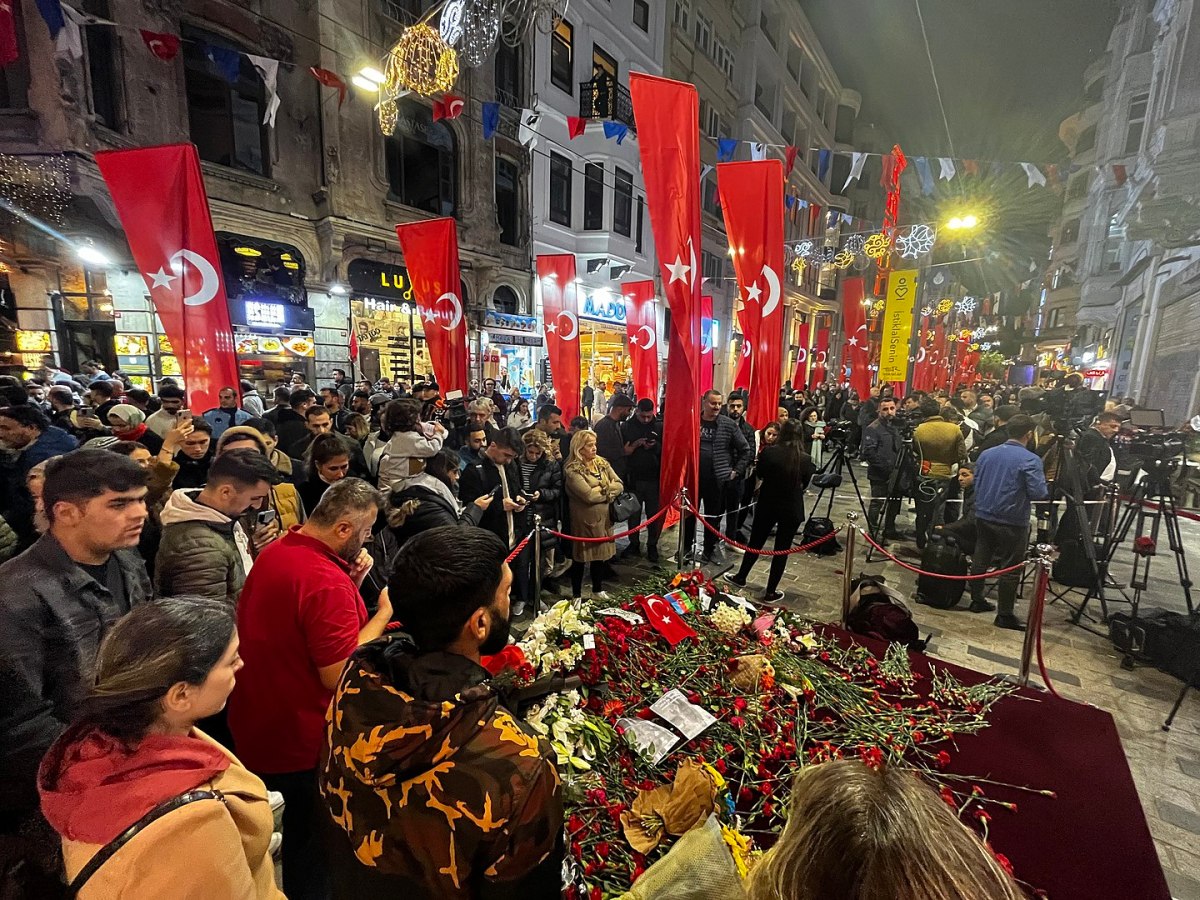 It is difficult to understand what US President Joe Biden’s administration is doing in northern Syria, where its allies the Syrian Kurds have been bombed to high heaven by Turkish forces. President Recep Tayyip Erdogan has insisted that he also intends to mount a land operation against America’s partners there.

Although Turkey for some time had been bombing and assassinating members of the US-allied Syrian Democratic Forces (SDF), this current offensive is different. It is designed to deal the Kurds a fatal blow. What is incomprehensible is that Turkish attacks are taking place within a few hundred meters of where US troops and other officials are collocated with the Syrian Kurds.

To understand the situation, we need to go back to 2014, when Islamic State (ISIS) swept through northern Syria and northern Iraq defeating a variety of forces, including those of the Iraqi army and the autonomous Iraqi Kurdish region.

US president Barack Obama asked Erdogan for help defending the Syrian-Kurdish town of Kobani that risked being overrun by ISIS. Erdogan simply refused, preferring an ISIS victory to a burgeoning Kurdish presence in northern Syria.

Obama, in turn, turned to the SDF and other Kurdish formations to fight ISIS. US troops and materiel were sent, and the American-Kurdish alliance successfully beat back ISIS.

The struggle against ISIS has continued as tens of thousands of militants and their families were captured and are still being held in a mammoth prison named Al-Hol. ISIS has endured, albeit in a much-diminished format, seeking to make a comeback. Hence US forces have remained to this day to help the Kurds keep the area under control.

This outcome was unacceptable to Erdogan, who tried his best to undermine US efforts there. Turkey has from the beginning viewed the burgeoning US-SDF alliance as a strategic threat. It fears that in a post-civil-war Syria, this will culminate in the Kurds gaining some form of autonomy.

Kurds have already achieved autonomy and international recognition in the form of the Kurdistan Regional Government, an autonomous component of federal Iraq. That came about because of US efforts in the 1990s to protect Iraq’s Kurdish population from Saddam Hussein’s murderous onslaughts. The Turks are petrified that a similar arrangement in Syria would encourage their own dissatisfied Kurdish minority to agitate for the same.

Erdogan’s justification for his Syria offensives is that the SDF is a terrorist organization because it is an offshoot of the Turkish PKK, the Kurdistan Workers Party, an organization considered terrorist by Turkey and the US. The SDF is ideologically close to the PKK but has never been engaged in terrorist activities against Turkey and has focused on maintaining its place in northern Syria.

Erdogan also claimed that a recent bomb attack in Istanbul that killed six people was perpetrated by the SDF.

This makes no sense. Why would the SDF engage in such a sloppy act that achieves absolutely nothing, and worse, risks its alliance with the US? Within an hour of the event, Turkey had not only concocted a story blaming the SDF but claimed it had found the perpetrators. Interior Minister Suleyman Soylu went further and accused the US of being behind the bombing.

While it is unclear who carried out the attack, Erdogan is using it for his own electoral calculations. Turkey must hold elections by next May, and with the economy in poor shape, inflation at 85% and a general sense of weariness with Erdogan’s 20-year rule, the Syria intervention is a way to put the already incoherent opposition on the defensive and change the domestic narrative.

The US has been mostly silent, other than issuing a few meek statements. The White House had the power to prevent this by taking Erdogan on. With rare exceptions, US policy vis-à-vis Turkey and especially Erdogan has sought to appease rather than stand up to an authoritarian leader.

The excuse has always been that as a member of the North Atlantic Treaty Organization, Turkey is too important and that the US has too many other interests there.

Finally, after having allowed the air strikes to go on for days, the Biden administration had Secretary of Defense Lloyd Austin call his Turkish counterpart to persuade them not to conduct the land operation. Then, American forces conducted conspicuous joint patrols with the SDF to send a message. This may be too little too late and does not prevent Erdogan from ordering a land operation in the future.

On two levels the US approach is a bankrupt policy. First, appeasement has not worked, because it has allowed Erdogan to bully the US. The daily diatribe from Turkish government sources is virulently anti-American. Washington has remained silent to the constant public abuse it receives.

Last year, Erdogan personally attacked one of Biden’s most senior aides, accusing Brett McGurk of supporting terrorism. A 2020 poll showed that 70% of respondents named the US as the single greatest threat to Turkey. Washington has only itself to blame for this as it never developed a counter narrative of its own.

Second, the US knows better. The SDF had nothing to do with the Istanbul bombing. Allowing your allies, who spilled their blood fighting extremists, to be attacked indiscriminately is morally wrong. If not for the SDF, ISIS might still be there. Moreover, just like the Russians in Ukraine, the Turks are targeting basic infrastructure, some of which was built with US taxpayers’ money.

Especially after the Afghanistan debacle, Washington ought to be careful about the kind of message it sends to allies and foes in the region and beyond about its trustworthiness. The image this crisis invokes is of a superpower’s military and civilian personnel having to cower and seek shelter from its ally Turkey’s bombardment.

This article was provided by Syndication Bureau, which holds copyright.