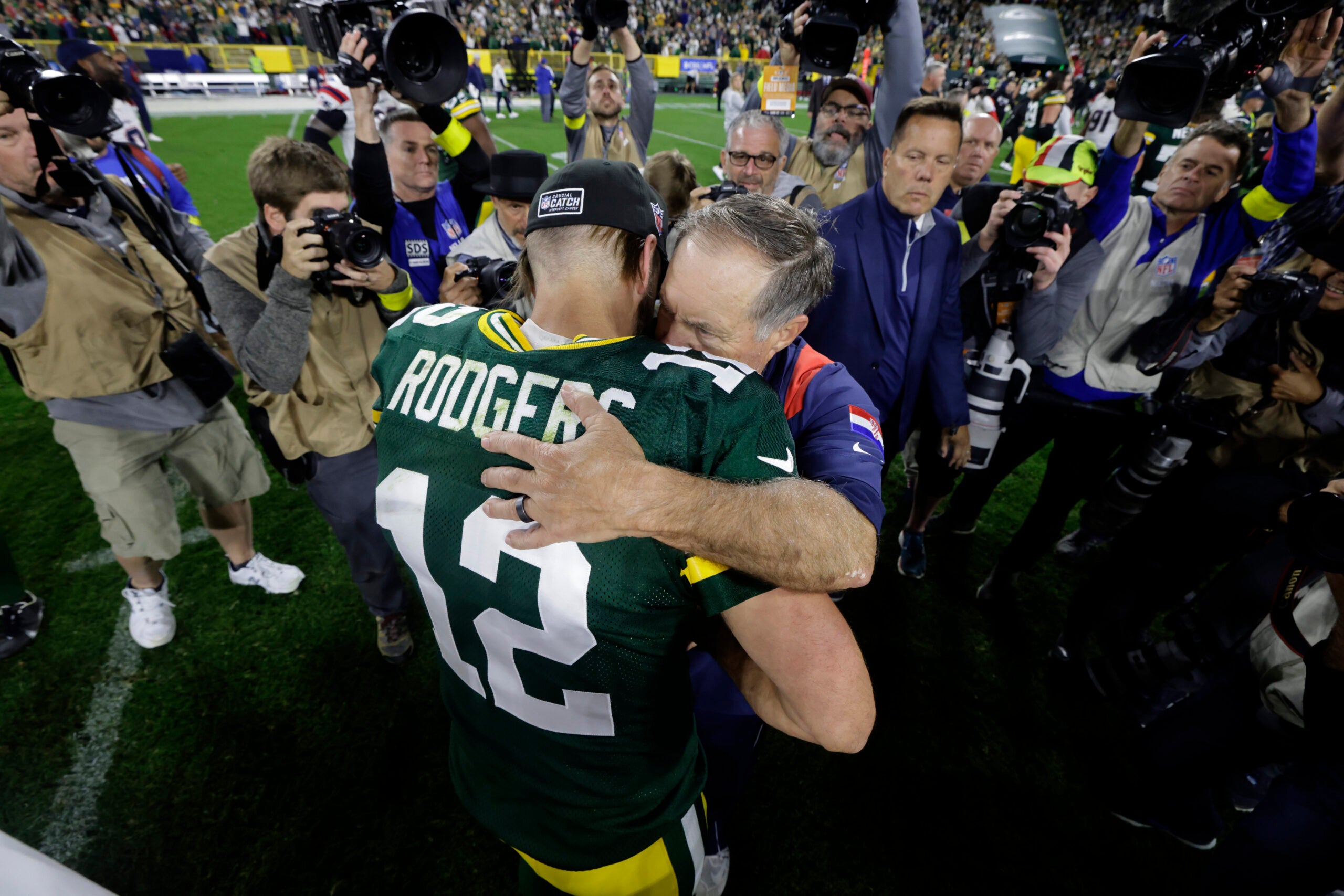 After the Packers beat the Patriots 27-24 in overtime on Sunday, Bill Belichick and Packers quarterback Aaron Rodgers shared a lengthy moment together — embracing in the middle of the field and chatting before making their way to their respective locker rooms.

After the game, Rodgers admitted to reporters that this was probably the last time he would match up with the long-time Patriots coach in his decorated career.

“He’s a legend,” Rodgers said of Belichick after the game. “He deserves all the credit that he gets.”

Belichick, meanwhile, answered questions about his own team’s battle tersely. He offered some praise in his opening statements for third-string quarterback Bailey Zappe, who played well after back-up Brian Hoyer left the game with a head injury, but Belichick clearly had no interest in going further than saying Zappe “really competed well.” Several questions afterward about Zappe drew glowering looks from Belichick, and when one reporter asked what the message to Zappe was entering the game, Belichick simply answered, “I don’t know.”

The quarterback Belichick really wanted to praised was Rodgers.

“In the end, Rogers was just too good,” Belichick said in his opening statement. “He made some throws that only Rogers can make. We had pretty good coverage some of those, and he was just too smart, too good, too accurate and in the end, he got us. We couldn’t quite do enough in the other areas to quite offset it.”

Of course, simply taking a solid Packers team to overtime given the quarterback situation could be seen as a positive. Belichick conceded that there were a few moments that could be encouraging.

However: “In the end, Rogers is just too good,” Belichick said. “He’s a great, great player and he made some great plays and that was the difference in the game.”

“That’s not a missed assignment,” Belichick said icily. “[That’s] Rogers taking advantage of a little bit of space out there instead of handing the ball off. It’s part of his read. As usual, he almost always does the right thing and made a good play.”

Why the Far Right Is Fixated on Drag Queens

Boris Becker: THAT happens with the money he earns after jail

Same-Sex Marriage Will Finally Be Written Into Law