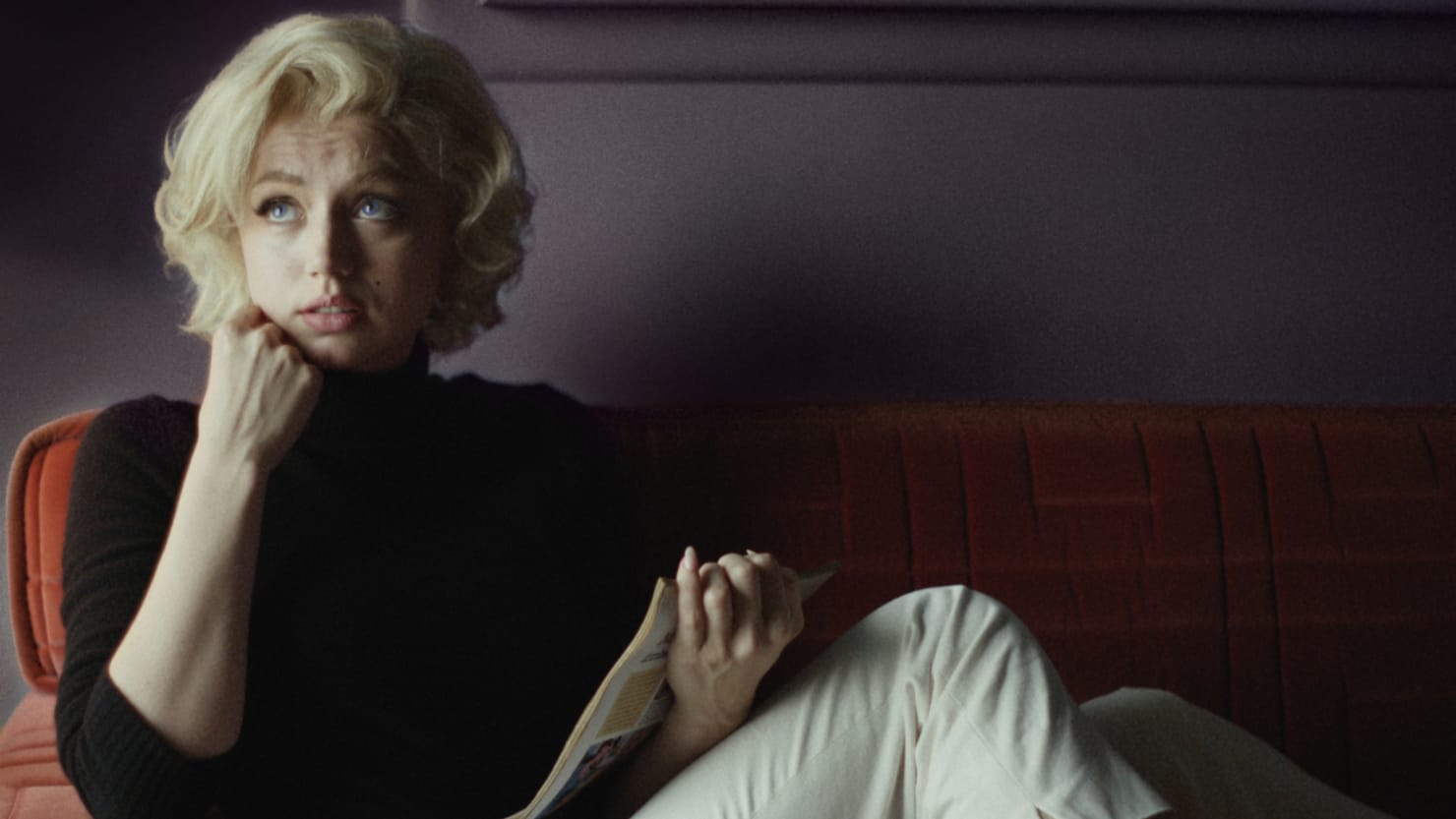 Not sure what to watch next? Subscribe to The Daily Beast’s Obsessed See Skip newsletter here and get the latest show and movie recommendations every Tuesday.

There are roughly 47,000—oh, wait, a new Netflix Original just dropped, make that 47,001—TV shows and movies coming out each week. At Obsessed, we consider it our imperative social duty to help you see the best and skip the rest.

We’ve already got a variety of in-depth, exclusive coverage on all of your streaming favorites and new releases, but sometimes what you’re looking for is a simple Do or Don’t. That’s why we created See/Skip, to tell you exactly what our writers think you should See and what you can Skip from the past week’s crowded entertainment landscape.

Blonde is a complicated, highly divisive film that will shock some viewers and leave others in awe. Either way, Ana de Armas’ Marilyn Monroe is a revelation—CGI fetus be damned

“Writer/director Andrew Dominik’s adaptation of Joyce Carol Oates’ 2000 fictionalization of the iconic actress’ life is a kaleidoscopic movie about dreams and reality, sanity and delusion, the authentic and the phony, the past and the present, and the self and the guises constructed to both mask and convey its true nature. Led by de Armas’ hypnotically soulful evocation of Monroe’s longing and despair, it’s a triumph that strives for truth through florid, glamorous artifice. As such, it’s not only about its subject, but also an expression of her—mind, body, and soul.

Blonde is a film about performance and the many ways in which it conceals and reveals. To that end, de Armas’ turn is nothing short of a tour de force. In certain moments, the actress’ embodiment of Monroe is so believable with regard to look, body language, and voice (she absolutely nails the star’s breathiness) that one almost gasps. Concurrently, though, she wields stylization as a means of locating something deeper, darker, and more intrinsic.”

Reboot is a silly, ultra-meta satire of a Hollywood trope that just won’t die. It’s also irrefutable proof that Johnny Knoxville is hot. I said what I said!

“Resurrected television shows and films go to great lengths to avoid being labeled with the odious term “reboot.” You’ll often hear the people behind this kind of content refer to them as “reimaginings” to soften the stigma—like if Hester Prynn insisted that the scarlet letter on her chest stood for “autonomous.” It’s a more appealing word, but at the end of the day, everyone still understands that we’re talking about a piece of media that has been exhumed from the grave, dusted off, and pitched up with some fresh spackle.

Reboot, just by its title alone, understands that stigma perfectly. That’s also how it knows that it’s rife for parody. Helmed by Modern Family co-creator Steven Levitan, the new Hulu comedy, out Tuesday, follows the on-set happenings of the cast of a fictional 2000s sitcom called Step Right Up once they’re tapped for a “reimagined” reboot of their show. Though Reboot exists to deftly skewer the contemporary television landscape, it does so with pleasant reverence. That Modern Family-ish combination of heart and hilarity can sometimes make Reboot feel uneven, though it’s always enjoyable.”

Skip: On the Come Up

On the Come Up is a frustrating, choppy rap epic that reinforces tired industry tropes. It’s also set in a world where Pandora is the go-to streaming service. Countess Luann would flourish.

“There’s a certain skill required in depicting an aspiring musician’s journey and making an audience invested in their dreams, whether it’s the uber-talented and charismatic Ally in 2018’s A Star Is Born or someone as average and ambitionless as Paper Boi on FX’s Atlanta. This was never clearer to me than when I sat down to watch the frustratingly dull and out-of-touch On the Come Up, a new Paramount+ film adapted from Angie Thomas’ 2019 novel of the same name about an aspiring teenage rapper.

It’s frustrating that a movie about hip-hop reinforces such tired tropes about the genre, like that successful rappers are solely vessels for square, white kids, and that “hard” rap automatically leads to violence. Sure, there are some nuggets of truth there, based on individual circumstances and rappers’ personal life choices. But On the Come Up doesn’t offer the artists any sort of specificity or agency outside of its lead.”

Catherine Called Birdy is a sardonic charmer about a girl coming of age around 800 years ago, which coincidentally is how long I’ve been waiting for Lena Dunham to make another good project.

“Lena Dunham’s new movie is practically buzzing with joy, a delightful coming-of-age romp soundtracked by spunky covers of Mazzy Star’s “Fade Into You” and Supergrass’ “Alright.” Following the likes of Sofia Coppola’s Marie Antoinette and the underrated Apple TV+ gem Dickinson, Catherine Called Birdy tells of a young lass living in 13th-century England. Birdy (Bella Ramsey) is a girl becoming a woman, though she’ll put every roadblock in her father’s (Andrew Scott) way before she is to marry.

While the film is inherently feminist—Birdy’s plight, fighting against her suitors, is still a battle many young woman must face—the most revolutionary aspect of all is the respect it shows towards Birdy. Though she is but an adolescent girl, making plenty of mistakes and wreaking havoc with mud pies, ultimately, Catherine Called Birdy first and foremost respects her and her youth. She falters. But at the end, she’s the one teaching lessons to her elders. Hopefully, young girls can watch this and understand that they, too, can be fallible and wise at the same time.”

Sign up for our See Skip newsletter here to find out which new shows and movies are worth watching, and which aren’t.