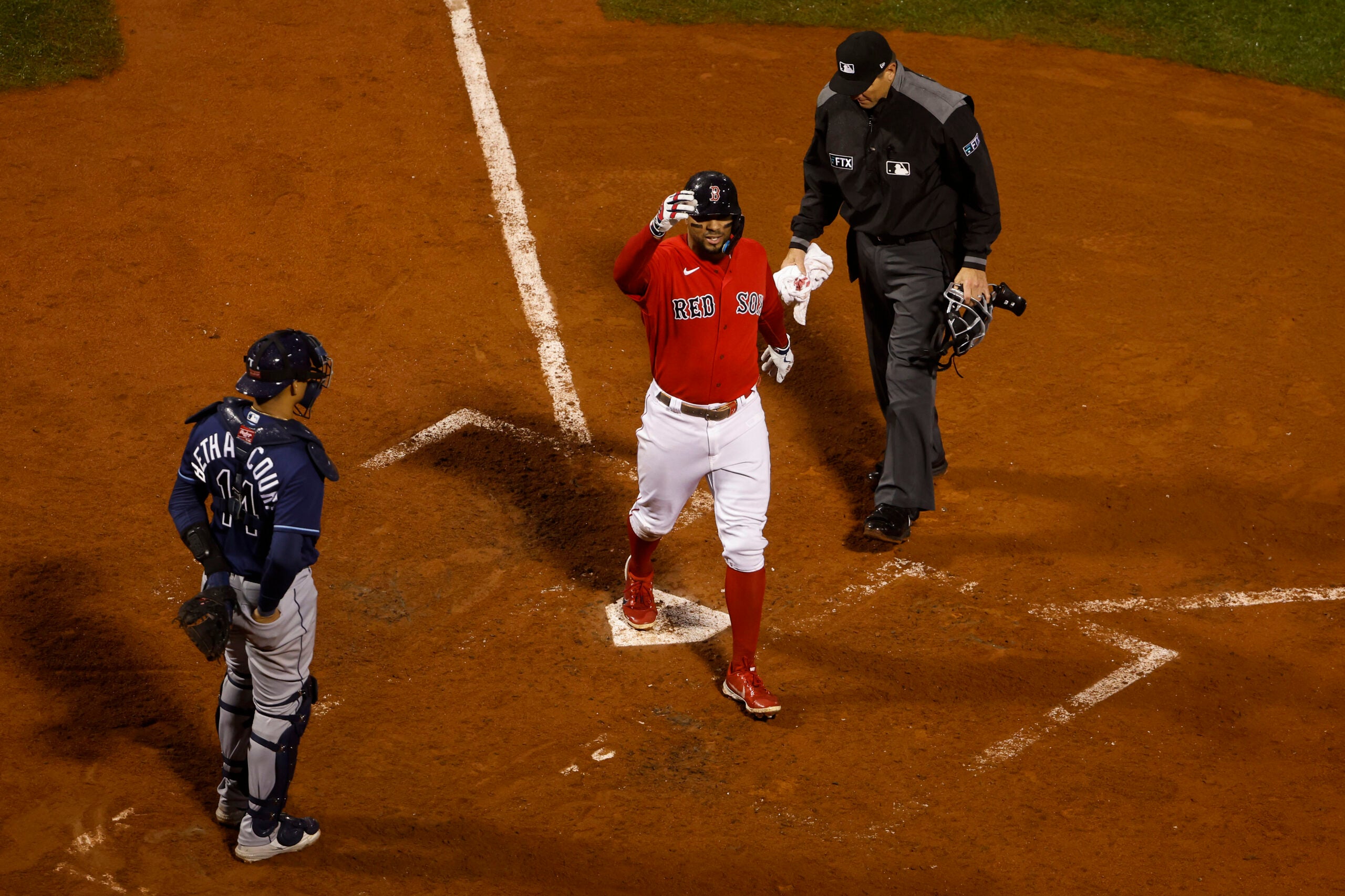 BOSTON (AP) — Xander Bogaerts hit a grand slam and Nathan Eovaldi pitched five scoreless innings in what could be his final appearance in a Red Sox uniform to help Boston beat the playoff-bound Tampa Bay Rays 6-0 in a rain-shortened game on Tuesday night.

It was 55 degrees and misty at the start, and rainy conditions lingered throughout. Boston had just taken a 6-0 lead with two outs in the fifth inning when rain started to fall heavily, prompting a delay. The game was called 52 minutes later.

The Rays (86-75) lost their fourth straight game since clinching a playoff berth. They will be the AL’s No. 6 seed and get a wild-card matchup with AL Central champion Cleveland. The Seattle Mariners get the No. 5 seed and match up with Toronto following its a walk-off win over Detroit on Tuesday in the first game of their doubleheader.

Rays left-hander Jeffrey Springs (9-5) allowed one run off two hits and struck out three over three innings. Manager Kevin Cash kept his outing short so that he’ll be rested if needed to pitch a possible Game 3 in the wild-card round. Shane McClanahan and Tyler Glasnow are expected to start the first two games of the series.

Eovaldi (6-3) allowed just two hits and struck out four in his second start since returning from the injured list due to right shoulder inflammation. The right-hander’s future in Boston beyond this season is up in the air as he prepares to enter free agency.

He’s been with Boston since being traded from Tampa Bay late in 2018. He earned a place in Red Sox postseason lore during their championship run that fall with his marathon relief performance in Game 3 of the World Series against the Dodgers.

Now, the 32-year-old will wait to see if he stays put or possibly look to join the sixth team of his 11-year career.

Rays: Reliever Colin Poche left the game with trainers after giving up Bogaerts’ slam. … INF Yandy Díaz (left shoulder strain) was out of the lineup for a third straight day. … OF David Peralta sat for the second straight game after leaving Sunday’s game at Houston with right hip tightness. … Placed C Francisco Mejía on the paternity list and recalled C René Pinto from the taxi squad.

Red Sox: Bogaerts returned to the lineup after sitting out the series opener with tightness in his back.

It was seventh grand slam of Bogaerts’ career and his second this season. He also hit one Aug. 31 at Minnesota. He is the 12th player to hit as many as seven grand slams for the Red Sox. The only players ahead of him on the list are Ted Williams (17), David Ortiz (10), Rico Petrocelli (9), Bobby Doerr (8), Trot Nixon (8), and Jim Rice (8).

Boston wraps up its season by sending out RHP Nick Pivetta. It is his 33rd start, marking the third time he’s made 30-plus starts in a season. Tampa Bay’s starter is to be determined. RHP Drew Rasmussen was pulled from his scheduled start to save his arm for the postseason.