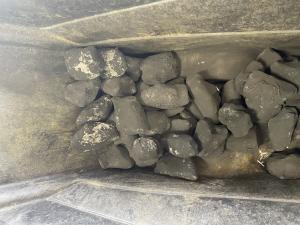 Authorities said the drugs were seized in three separate incidents with the largest occurring on Wednesday, Nov. 16, at the Pharr International Bridge near the U.S.-Mexico border in Texas.