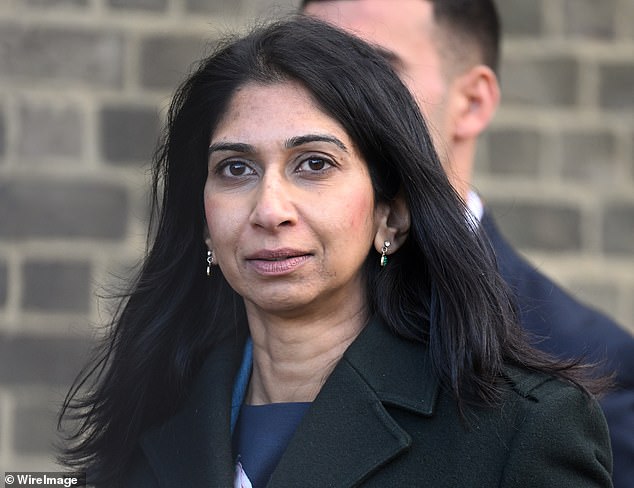 By David Barrett and Sue Reid For Daily Mail

Suella Braverman has been accused of failing to act on warnings that diphtheria was rising in migrant reception centres on the Continent.

The European Centre for Disease Prevention and Control issued an alert more than seven weeks ago urging governments to step up measures including vaccination against the infection. It warned those with confirmed or suspected cases should be isolated.

But by the end of October – about three weeks after the warning – a backlog of up to 4,000 people had built up at the Home Office’s Manston processing centre in Kent.

Public health experts later raised concerns about the disease’s spread as migrants were moved to hotels across the UK.

A man who died on November 19 after being held at Manston has now been confirmed to have tested positive for diphtheria, but the exact cause of his death is yet to be determined. Shadow Home Secretary Yvette Cooper said last night Mrs Braverman ‘has clearly failed to act on public health information about diphtheria for months – this is completely chaotic’.

She added diphtheria was quick to treat and vaccinate against but the Home Secretary and her officials ‘are still failing to make sure everyone who has been in Manston is now screened or vaccinated – they need to get a grip’.

Simon Fell, a Tory member of the Commons home affairs committee, said the Home Office needed ‘to be on the front foot so they are not dispersing problems around the country into our communities’.

The Home Office announced yesterday it was setting up new ‘secure isolation hotels’ for migrants showing symptoms of diphtheria or other infectious diseases.

The UK Health Security Agency has confirmed 50 diphtheria cases among asylum seekers arriving in the UK so far this year.

The Home Office said it was working closely with the NHS and UKHSA on the issue. 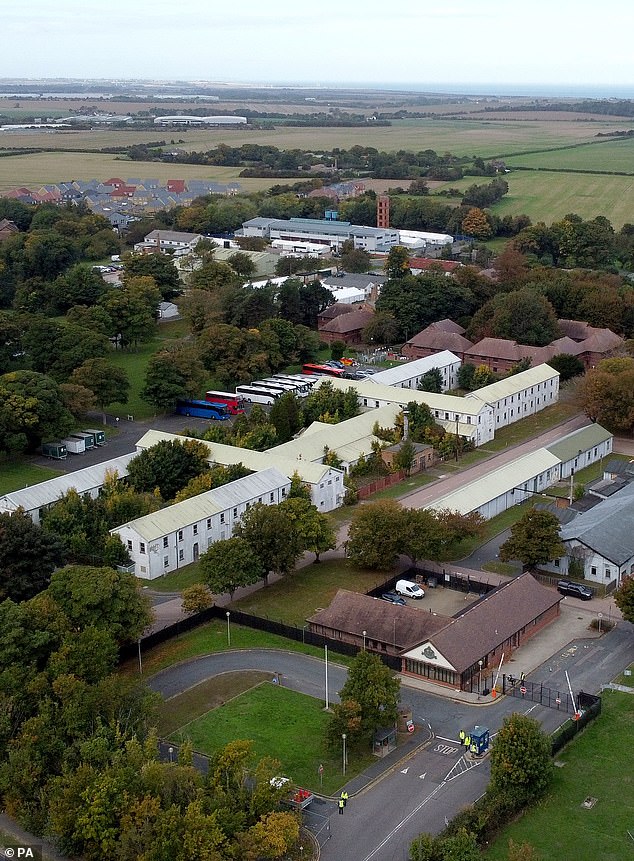 A man who died on November 19 after being held at Manston (pictured) has now been confirmed to have tested positive for diphtheria, but the exact cause of his death is yet to be determined