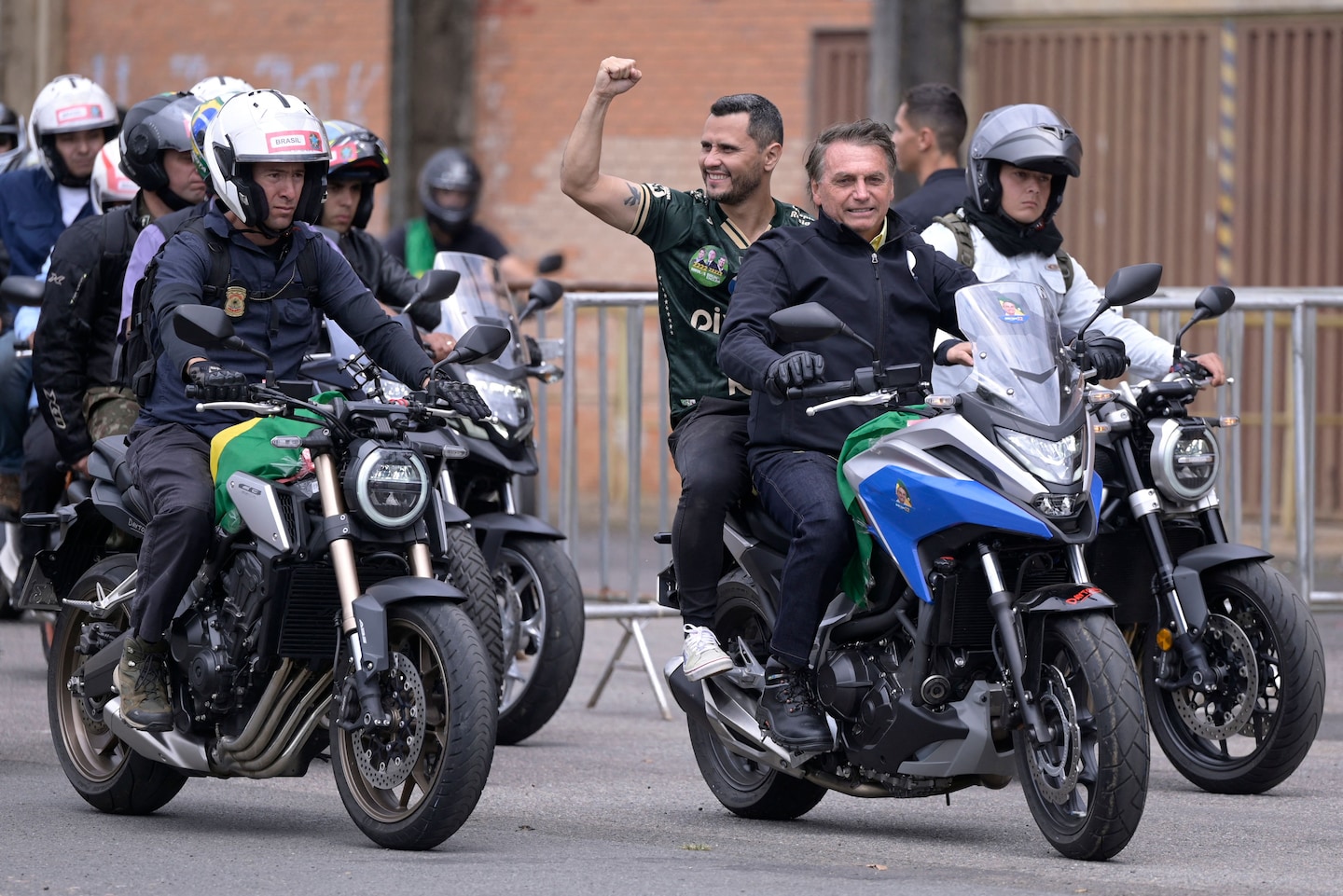 RIO DE JANEIRO — Millions across Brazil headed to the polls Sunday for the first round of a presidential election that has deepened divisions in Latin America’s most populous country and raised fears of violence at a crucial point in the country’s history.

After years of anticipation, the vote has come down to a decision between two messianic political giants with enormous followings who are distrusted — if not disdained — by large swaths of the electorate. Each carries extraordinary baggage.

Brazil’s election: What you need to know

The left-wing former president Luiz Inácio Lula da Silva, 76, is a charismatic union leader who came from extreme poverty to serve two terms as president but came to typify for many Brazilians the corruption that tarred his party and led to his imprisonment.

Right-wing President Jair Bolsonaro, 67, rose to power decrying what he called the political rot of Lula’s party but has polarized the country with his bellicose rhetoric, chaotic leadership during Brazil’s devastating coronavirus outbreak and frequent attacks on Brazil’s civic institutions.

Voters, analysts and the candidates themselves have framed the election as an existential choice, less about policy than about the very character of the nation. Does Brazil want to be led by a man who dismissed a disease that has killed more than 685,000 people, presided over the accelerating deforestation of the Amazon rainforest and expressed admiration for the former military dictatorship? Or does it prefer a man who was convicted of corruption and imprisoned for it?

Bolsonaro vs. Lula: A referendum on Brazil’s young democracy

Lula, whose convictions were annulled by Brazil’s supreme court last year on grounds that the trial judge was biased against him, led Bolsonaro in the polls by a wide margin throughout the campaign. He’s within striking distance of an outright victory in the first round, which would represent both an extraordinary repudiation of the sitting president and also Lula’s own political resurrection.

What would happen next is unclear. For years, Bolsonaro has sown concerns over electoral fraud, alleging repeatedly but without evidence that unseen powers opposed to him will manipulate the vote. His camp has threatened to dispute any election loss. He has said he will accept only what he described as a “clean” election.

From the beginning, the campaign was a contest of negative ratings. Polls suggested more than half of Brazilians disapprove of Bolsonaro and wouldn’t vote for him. More than one-third felt the same about Lula. The election will likely not come down to who is the most popular, but who is the least disdained.

That was a theme that many voters appeared to take into the voting booth on Sunday.

“There’s no way I could support a genocidal person who has no respect for humanity,” said Maria Fernanda, clad in red for Lula as she walked with friends to the polls in São Paulo. “It can’t go on this way. There’s no way.”

She worried about violence. She said she was walking in a group “to give more security,” and expected to hear reports of mayhem Sunday.

In Brazil’s capital, which has become a stronghold for Bolsonaro, a long line of voters waited at a polling place at the University Center of Brasília to cast their ballots. Many said the return of Lula would be ruinous for Brazil.

“We have seen what radical-left transformations have done to South American countries like Argentina and Venezuela,” said college student Kevin Lamster, 20. “And that is what will happen if he comes back.”

Both sides expressed certainty that their candidate will win. Some Bolsonaro supporters said they didn’t believe the polls, which have consistently shown double-digit support for Lula. They said they were rigged — as would be any outcome that didn’t show their candidate on top.

“I don’t trust the system,” said retired military officer José Cardoso dos Santos, 51. “It’s all technology and there’s no way I can see proof of the votes. Someone could manipulate the results.”