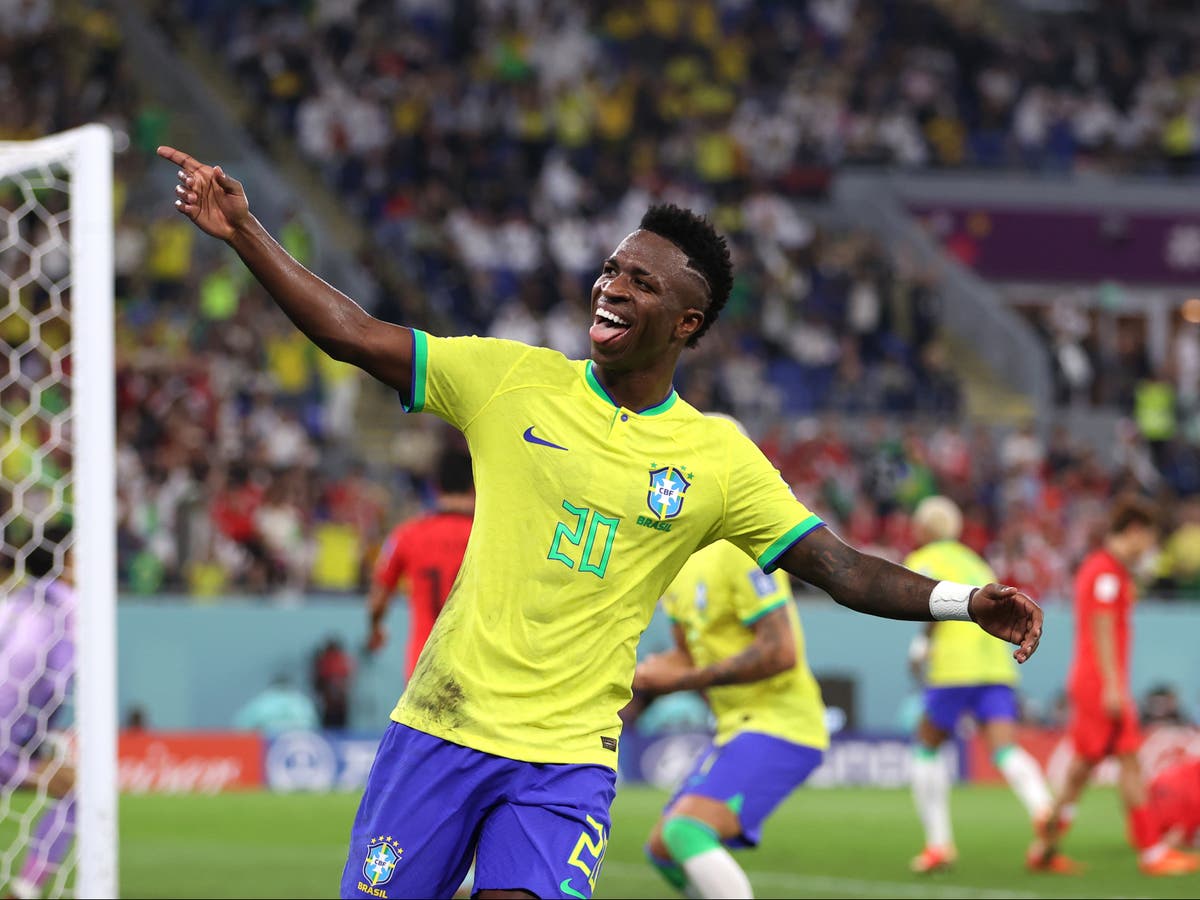 Brazil breezed past South Korea in the last 16 at the Qatar World Cup on Monday, taking apart their opponents 4-1 to set up a quarter-final clash with Croatia.

In what was surely the finest half of football played by one team at this tournament, Brazil scored four times before the break, with Vinicius Jr, Richarlison, Lucas Paqueta and a returning Neymar all finding the net – the latter from the penalty spot.

South Korea did have their chances but were repeatedly denied by the outstanding Alisson, before Paik Seung-ho finally beat the Brazil goalkeeper with a piledriver strike in the second half.

It was little more than a consolation, however, as Son Heung-min and his teammates exited against the tournament favourites.

Pulled off a great save to keep out a searing, long-range shot from Hwang Hee-chan in the first half. Also made a good stop at his near post shortly thereafter, then got a vital touch on a Son Heung-min shot early in the second half. A fourth impressive save later on showed how important the Liverpool man is to this team, even with Brazil running riot up the other end of the pitch. Made way for Weverton late on, so coach Tite could finally use the last member of his squad not to have played.

Diligent defensively and offered some attacking threat when he could. Made way for Dani Alves in the second half.

Defensively sound and even contributed a perfectly-weighted pass to assist Brazil’s third goal.

Similarly reliable to his centre-back partner, and assisted Silva’s assist with his own deft pass. Made a brilliant double-block midway through the second half.

Had a rather quiet night at the office before making way for Bremer in the second half.

Broke up play well and kept Brazil ticking as ever.

Displayed really tricky footwork in the lead-up to his assist for Vini Jr’s opener.

Straight back into the starting line-up after his injury. Doubled Brazil’s lead with a calm penalty. Was replaced by Rodrygo late on.

His precise, composed finish opened the scoring inside the first 10 minutes, and he registered the assist for Brazil’s fourth goal with a cheeky chip to Paqueta. Exhibited ludicrous skill throughout the game. Was replaced by Martinelli just after the 70-minute mark.

Won a penalty with a clever run from the blindside of his defender (and with an exaggerated fall). Started a lovely move with some juggling on his head, and capped it off with a clinical finish to make it 3-0. Did miss a great chance to make it 5-0 on half time.

Replaced Militao just after the hour mark and was largely untroubled at right back.

Came on for Vini Jr midway through the second half and was full of energy.

His second-half cameo ensured all 26 of Brazil’s squad-members have now played at this World Cup. Had nothing to do, in all honesty.

Direct in his approach, as ever, after replacing Neymar for the last 10 minutes.