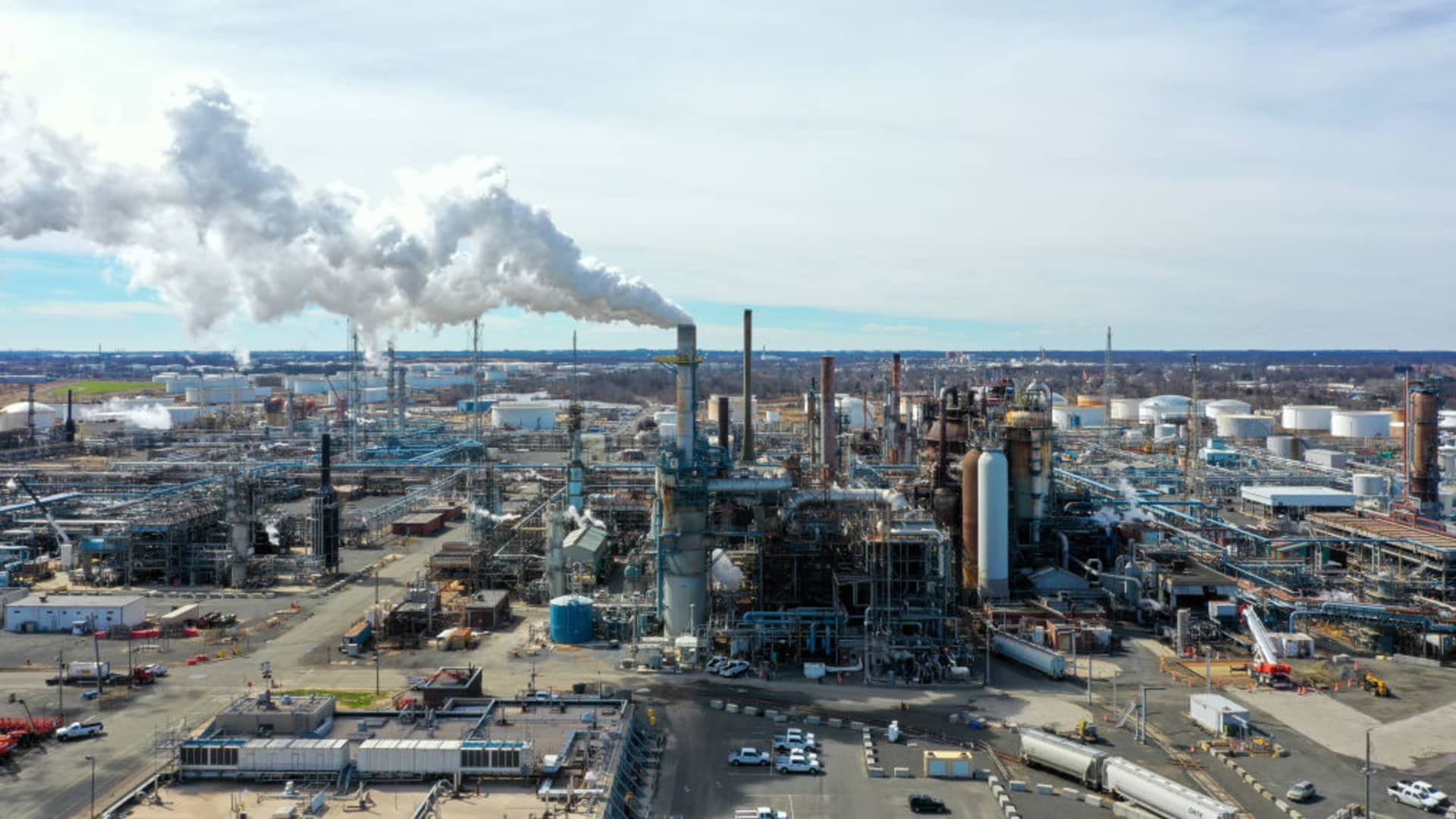 Brent crude fell below $85 a barrel Monday, as recession fears weighed and the U.S. dollar surged.

Brent futures for November settlement were trading down over 1% around $84.92 at 8 a.m. London time. West Texas Intermediate futures also fell to trade around $77.93.

The U.S. dollar surged to a high not seen since 2002 Monday, while sterling tumbled to a record low against the currency.

On Friday, both Brent and WTI futures fell around 5% to hit their lowest level since January.

It comes as central banks around the world — including the U.S. and the U.K. — continue to hike interest rates in an effort to tackle inflation.

Meanwhile, fears around an economic slowdown continue to mount, with Steve Hanke, professor of applied economics at Johns Hopkins University, putting the chance that the U.S. will fall into recession at 80%.

“If [the Fed] continue[s] the quantitative tightening and move that growth rate and M2 (money supply) into negative territory, it’ll be severe,” Hanke told CNBC’s “Street Signs Asia” on Friday.

This is a breaking news story and will be updated shortly.

Fantastic Pavilion to Launch at the Cannes Film Market (EXCLUSIVE)

A Way For Nursing Homes To Balance Resident Independence And Safety