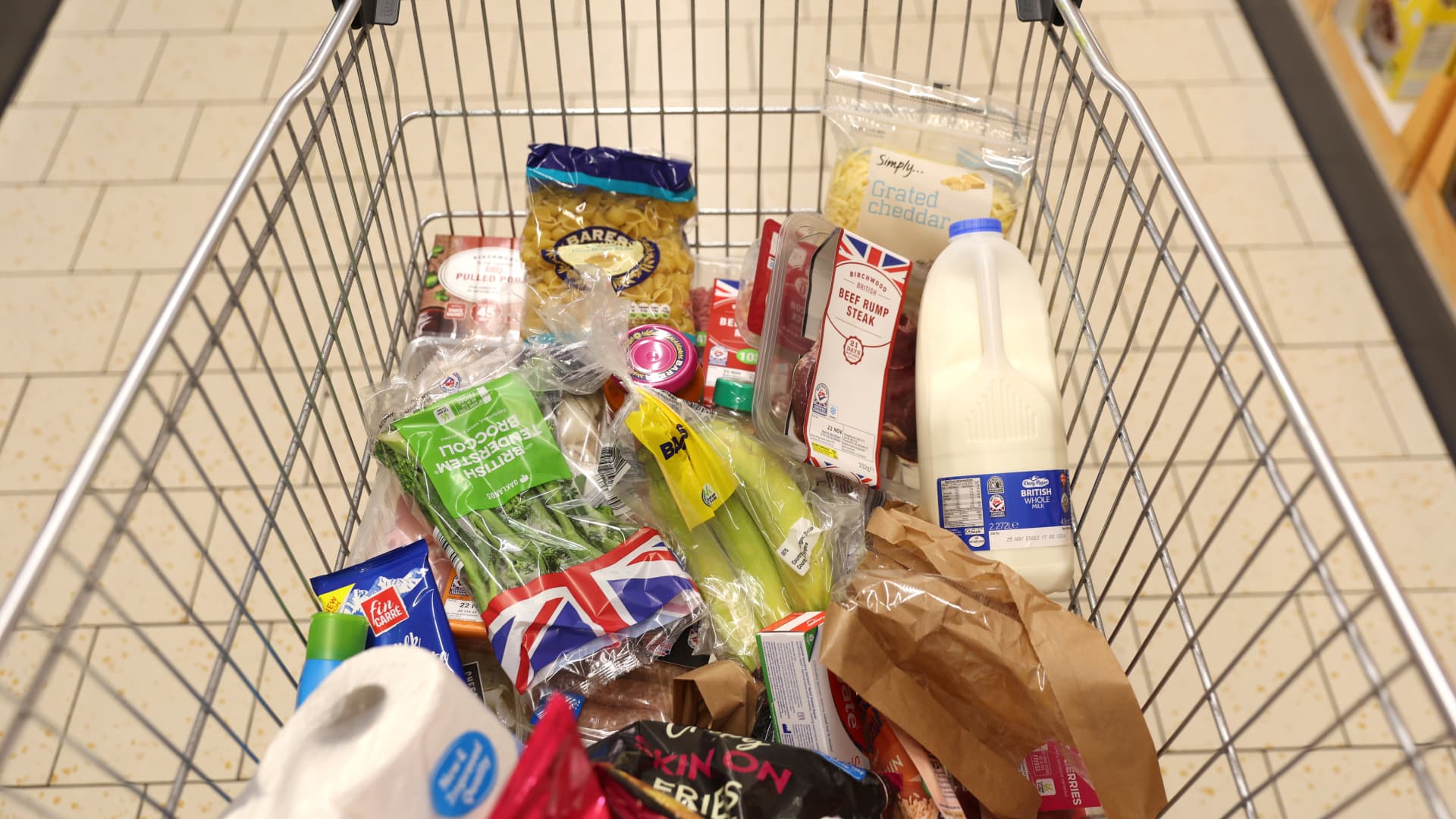 Brexit has added more than £200 to the average U.K. household food bill, according to a new study from the London School of Economics.

Brexit boosted Britons’ average food bills by £210 ($254) over two years, according to a new study outlining the economic impact of non-tariff barriers on consumer prices.

Household food bills rose 6% in the two years to the end of 2021, two years on from the U.K.’s formal departure from the European Union, research from the London School of Economics’ Centre for Economic Performance (CEP) found.

Low-income households have been hardest hit by the uptick in costs, with Brexit–induced price rises adding 1.1% to their total cost of living — more than the 0.7% increase felt by the wealthiest decile of households.

In all, U.K. consumers paid £5.8 billion ($7 billion) in additional grocery costs over the two years, the study found.

The British government did not respond to a CNBC request for comment on the findings.

While trade between the U.K. and the EU remains tariff-free under the rules of the agreement, extensive customs checks, rules of origin requirements and sanitary measures for trade in animals and plants were added, increasing friction for importers and exporters.

“In leaving the EU, the U.K. swapped a deep trade relationship with few impediments to trade for one where a wide range of checks, forms and steps are required before goods can cross the border,” Richard Davies, a professor at Bristol University and co-author of the study, said.

Firms faced higher costs and passed most of these on to consumers.

The rise in consumer prices was driven by products with high non-tariff barriers, while there was no significant rise in those with low non-tariff barriers. That suggested that EU exporters and U.K. importers faced higher costs due to the new barriers, 50% to 88% of which they passed on to consumers, the report found.

“Firms faced higher costs and passed most of these on to consumers. Over the two years to the end of 2021, Brexit increased food prices by around six per cent overall,” Davies added.

The report also found that while domestic U.K. food producers have benefited from less competition, their gains were outstripped by consumer losses to the tune of over £1 billion. Meanwhile, the gains did not generate any revenue for the government.

EU food exporters and U.K. food importers have transferred 50% to 88% of post-Brexit costs onto consumers, according to research.

The research predates a surge in inflation this year following Russia’s invasion of Ukraine and wider supply chain disruptions. However, the research found that the rise in non-tariff barriers was “one factor” in the surge in prices seen this year.

British consumers can now expect to pay £682 more for their food bill this year, according to recent research from market research firm Kantar.

The research comes as Britain’s decision to leave the EU has come under renewed focus as the country braces for its longest recession on record and a worsening cost-of-living crisis.

The OECD said last week that the U.K. is lagging substantially behind other developed economies, performing second only to Russia among the world’s major economies.

Britain is the only G-7 economy — which includes Canada, France, Germany, Italy, Japan, the U.S. and U.K. — yet to return to a pre-pandemic growth rate.