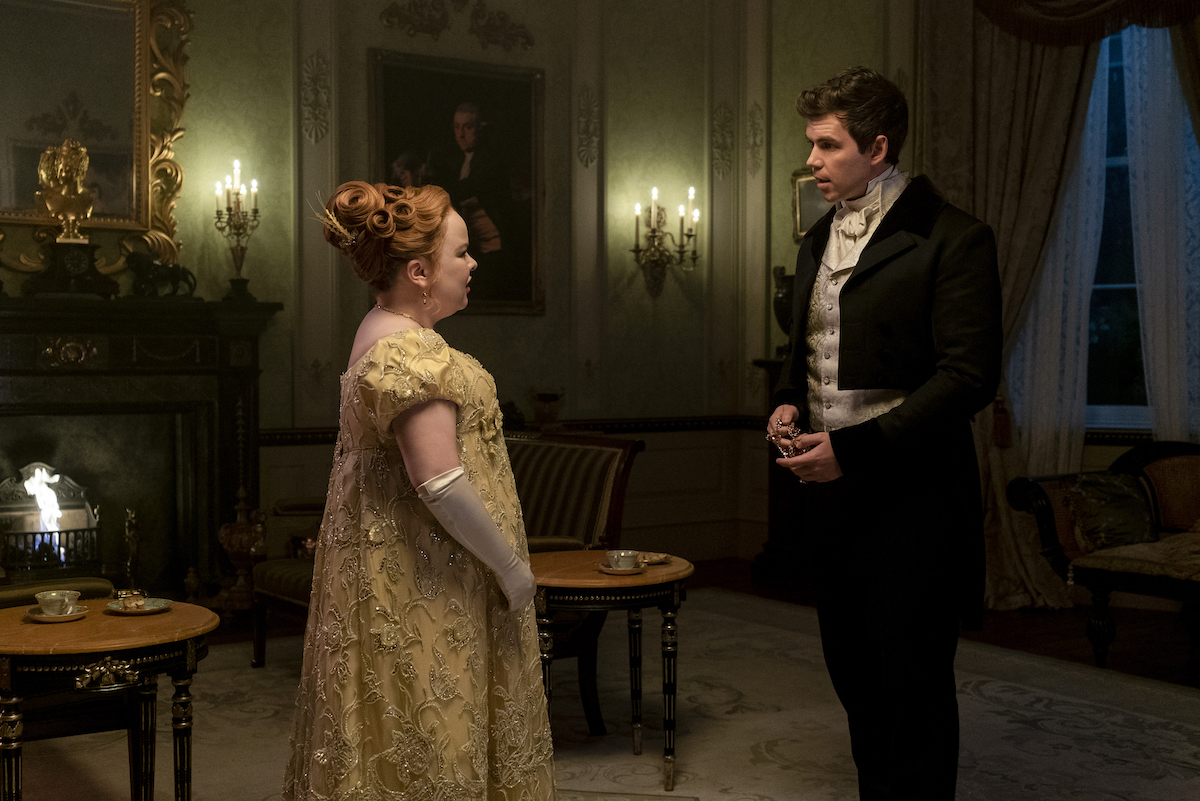 Based on Julia Quinn’s best-selling book series, Bridgerton is the biggest show on Netflix. The series focuses on love, family, romance, and the affluent Bridgerton family as the siblings all navigate the marriage market.

Bridgerton Season 3 is currently in production. The upcoming season will focus on the romance between Penelope Featherington (Nicola Coughlan) and Colin Bridgerton (Luke Newton). It’s likely that Colin will also find out that Penelope is Lady Whistledown during their courtship.

Eloise (Claudia Jessie) and Penelope have always thought differently about Lady Whistledown. Eloise thought that Whistledown should have been doing something much more substantive with such a platform. She also became obsessed with uncovering who was behind the gossip pamphlet. After analyzing different articles, Eloise realized that her best friend Penelope was the brainchild behind Lady Whistledown. It caused their lifelong relationship to collapse.

It didn’t help that Penelope had said horrible things about the Bridgertons and Eloise to try and keep her identity hidden.

In Quinn’s novels, it’s Colin, not Eloise, who first uncovers Penelope’s Lady Whistledown identity. He will likely still discover what she’s been up to in Season 3. In the books, Colin’s discovery led to his first romantic encounter with Penelope. However, we highly doubt that will be the case here, especially because of the things Penelope has written.

Yet, we think that Colin unpacking Penelope’s secret will intrigue him. After all, the pair have always bonded over their love of writing and reading. This could bind them closer together, especially if Penelope needs Colin’s help to try and repair her relationship with Eloise.

However, things might unfold; it’s bound to be explosive.

“She has Colin on such a pedestal, and she thinks he’s perfect,” Coughlan told E! News about Penelope. “He’s not. He’s just a human being. So she needs to stop thinking he’s perfect and appreciate herself more.”

Lady Whistledown could get a lot worse in ‘Bridgerton’ Season 3

Now that Penelope’s alter ego has caused her to lose her best friend, she truly doesn’t have much to fear. Since she tarnished Eloise and Bridgerton’s family reputation to preserve her own, fans believe a darker side of Penelope is slated to be put on display in Bridgerton Season 3.

She will likely go to even further extremes to ensure no one else discovers her secret. This means throwing the scent further off her path and throwing more innocent people under the bus.

Moreover, if Colin reacts horribly when he uncovers Penelope’s secret, she may feel like she has nothing else to lose.

RELATED: ‘Bridgerton’ Season 3 Will Be a Lot Sexier Than Season 2