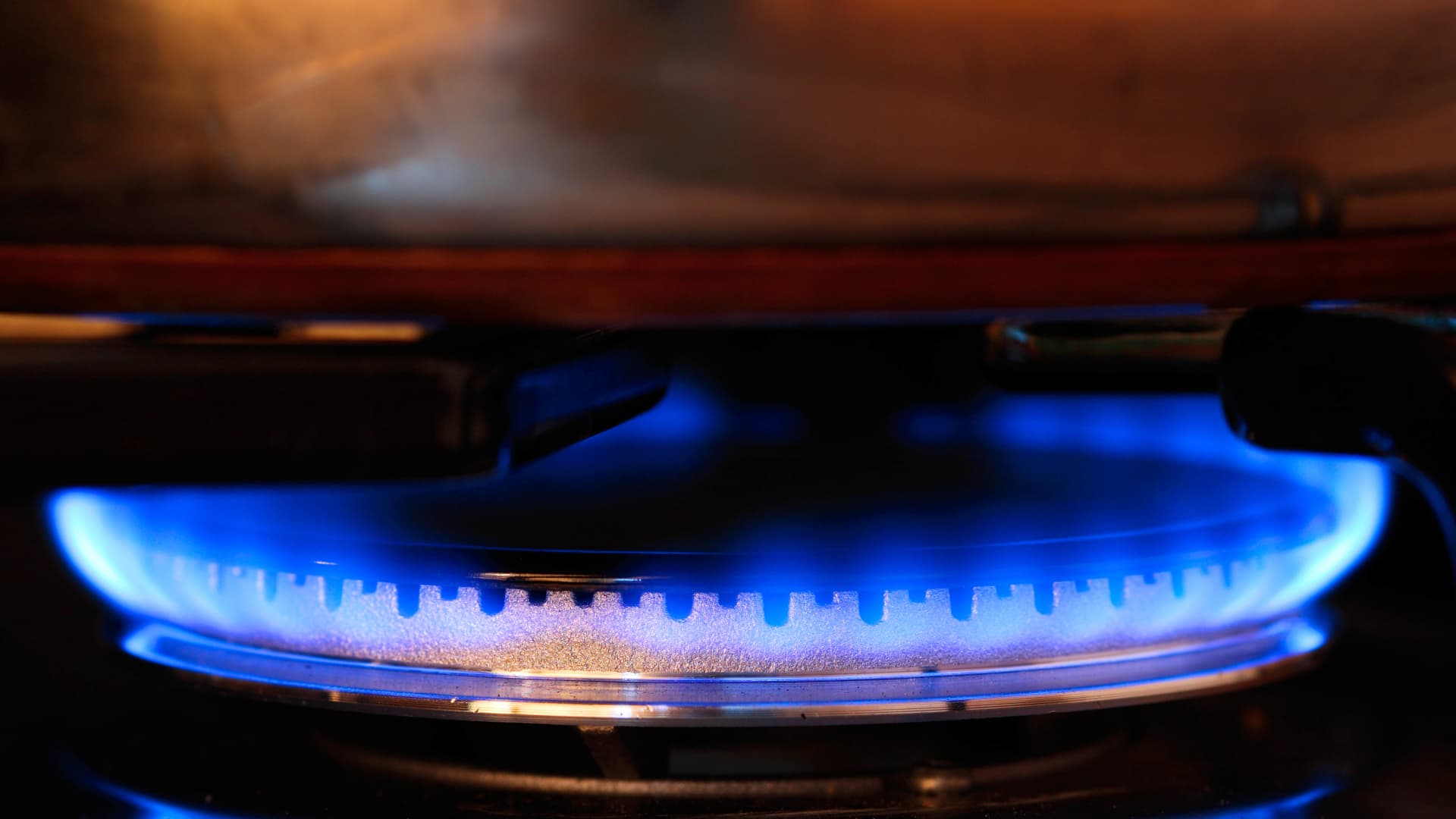 LONDON — An expected surge in U.K. energy prices this winter is being described as a national emergency, posing at least as great a financial threat as the coronavirus pandemic.

The upcoming increase in a regulator-set limit on consumer energy bills is predicted to push a majority of households into fuel poverty, and put a strain on budgets that could hammer industries like hospitality, travel and retail.

On Wednesday, consultancy Auxilione published a revised forecast for the cap, which almost all energy suppliers are charging, predicting an increase in its current rate of £1,971 ($2,348) a year to £3,635 for the three months from Oct. 1.

In the following quarters, it says the cap could hit £4,650 and £5,456 without intervention, taking it to more than a fifth of the median UK income.

Why energy prices are rising so much

Global wholesale gas and electricity prices were already rising in 2021 due to higher demand as economies reopened from Covid-19 lockdowns, and as competition for supplies between regions intensified.

Russia’s invasion of Ukraine in February then led to sharp cuts in gas supplies to Europe, sending European natural gas prices to a record high and triggering a rise in electricity prices, too.

Even though the U.K. gets only 3% of its gas from Russia, versus around 35-40% across the European continent, it is connected by pipeline to the rest of Europe and is a net importer.

The U.K. has particularly high gas demand, as it has a greater proportion of homes heated with gas than most European countries and generates about a third of its electricity from burning natural gas.

Since the start of 2021, 31 British energy companies have collapsed due to the spike in wholesale prices, with their customers transferred to other market players.

The remaining suppliers are making back the costs for the additional energy they needed to buy through household bills, adding £69 into the most recent April price cap of of £1,971 which runs for six months. From Oct. 1, the cap will run for three-month periods to reflect the greater volatility.

As well as destabilizing businesses that had not sufficiently hedged their energy purchases, the price cap — which makes Britain somewhat of an outlier in how it deals with energy prices — has been deemed unfit for purpose for failing to prevent the current eye-watering price rises for consumers.

According to regulator Ofgem, the cap was introduced in 2019 to stop consumers who do not regularly switch suppliers from facing excessively high fees, rather than to prevent overall price rises which are dictated by wholesale markets.

Nicolas Bouthors, equity research analyst at Paris-based AlphaValue, told CNBC that a few bankruptcies in smaller companies were still possible this winter, but it was likely all or the majority would weather the storm.

“The weak suppliers are out and the strong remain” following the recent turbulence, he said.

However, there is no doubt that millions will struggle to meet their bills at the current predicted price cap levels (the official figure will be announced by Ofgem on Aug. 26).

The government has so far announced a £400 one-off grant to help all households with bills, with an additional £650 payment for households on means-tested benefits and £300 for pensioners.

Yet in light of updated forecasts this now looks “very modest,” said Fic of Moody’s, and will still leave many households struggling to pay, and utilities — many of which operate with low margins — facing the risk of growing bad debts.

Despite the public, commentators and politicians of all stripes arguing far greater measures are needed to avert an unprecedented crisis over the winter, the candidates to be the next British prime minister, Liz Truss and Rishi Sunak, have been mud-slinging over each others’ plans for tackling it.

Both have said there is a need to wait until the new price cap is confirmed by Ofgem, and for measures to only be confirmed after the leadership election wraps up next month.

“The scale of the problem — which is similar to Covid in terms of its financial impact on the whole population — requires government intervention,” Nathan Piper, head of oil and gas research at Investec, told CNBC.

While the likes of Centrica, owner of British Gas, have come under fire for not doing more for consumers after reporting healthy profits for the first half of the year, Piper said the sector as a whole wasn’t able to suffer the kind of losses it would need to to offset wholesale price increases, which could remain elevated for years.

“For those in the greatest hardship, suppliers will be flexible around payment, but there is a limit to how much of a loss they can take because you want a healthy power sector when this crisis is over and you want to have suppliers left.

“Short-term hits on supplier profits might help for a while, but they need to remain healthy enough to survive the period, when you clearly had too many suppliers that were not robust enough before.”

Ultimately, Piper said the government would need a plan to fix energy prices at their current level and cover the difference to suppliers, or to raise the energy price cap and provide households with a rebate.

So far, Sunak has said he would cut the sales tax on energy bills and find £5 billion in support for lower-income households, potentially through extending the recently-announced windfall tax on energy companies

Truss has said she may exclude “high earners” from the £400 payment, and has focused her messaging on offering the public broader tax cuts and suspending the green levy on energy bills.

Meanwhile, the opposition Labour Party has said it would freeze the current price cap by extending the windfall tax and finding other savings.

The scale of the current emergency has also led to debate over the potential for renationalizing the energy industry, or for the temporary nationalization of energy companies unable to bring down prices, as advocated by former Prime Minister Gordon Brown.

Some, including Utilita Energy Chief Executive Bill Bullen, have argued any additional support packages should be targeted toward lower-income households; others say the scale of the problem requires the widest possible safety net.

Centrica and Octopus, a renewable energy group, have reportedly discussed with government ministers a plan to take a funding package from commercial banks that would allow them to freeze the current price cap and make the money back over the longer-term through a surcharge on bills.

Rebecca Dibb-Simkin, chief marketing and product officer at Octopus, told CNBC the company had already absorbed £150 million in cost increases on behalf of its customers and was handling 40,000 calls a day. She said that while the company was well-backed by pension, energy and investment giants, more government support for the sector was needed as the crisis continues, especially into winter.

Octopus reported an operating loss of £1 million in its U.K. energy retail business in the full-year 2020-2021.

AlphaValue’s Bouthors said the plan put forward by Centrica and Octopus would be desirable for suppliers as a way to get remuneration for current costs and avoid additional windfall taxes.

“But it also needs leadership and guidance from politicians, and for now we are still waiting for the next prime minister,” he said.

While Bouthors said the current U.K. situation is “for sure” not sufficient, he said he believed a plan would eventually emerge as it has in other nations.

“Every European country has found a solution, either through free cash or windfall taxes, so I think a balance will be found in the UK,” Bouthors said. “But for now it’s a mess, and very complicated.”