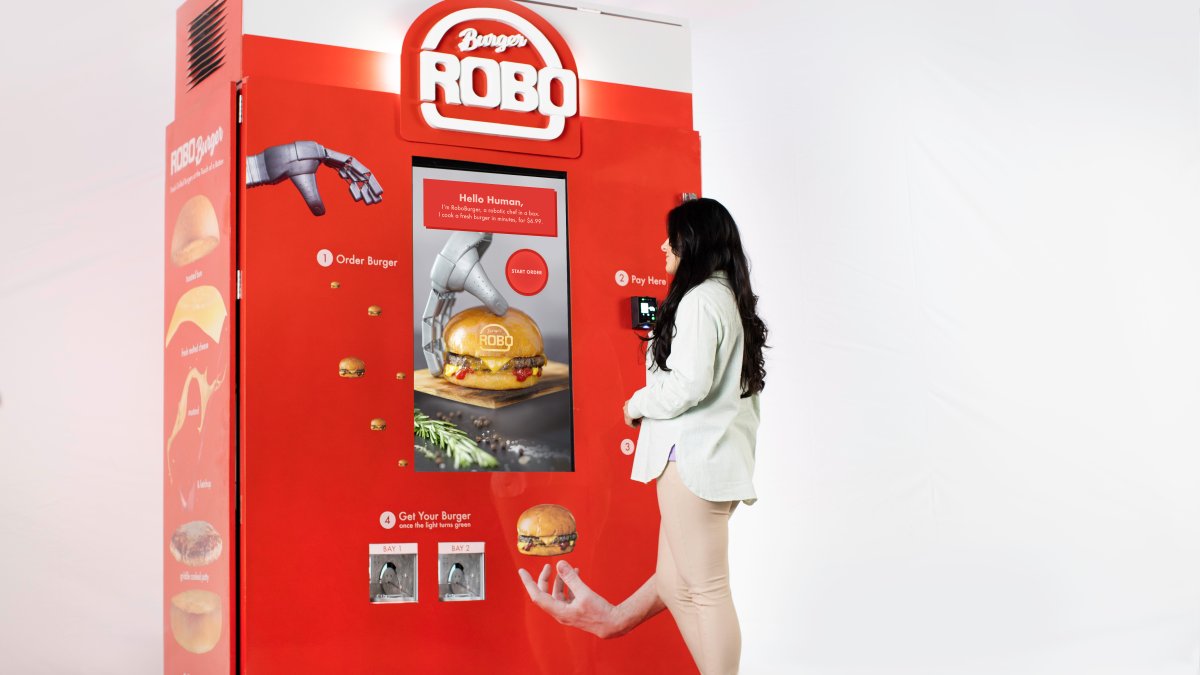 The culinary future is here! We may not have flying cars but we do have burger-making robots.

The RoboBurger machine is a self-operating, patented system that features a five-step cooking process that cooks and assembles burgers on the spot. In just six minutes this mechanical “chef” can whip up a burger made to order.

“I started RoboBurger in my garage 17 years ago and now there couldn’t be a better time to bring it to life and have everyone experience it,” RoboBurger co-founder and CEO Audley Wilson said in a press release.

The vending machine-like unit is roughly 12 square feet and features a refrigeration system, cooking griddle, and a dishwasher system that allows the unit to self-clean.

Now that the first RoboBurger launched and found a home in New Jersey, the company plans to eventually have these machines in airports, colleges, and offices “change the way people get and eat burgers.”