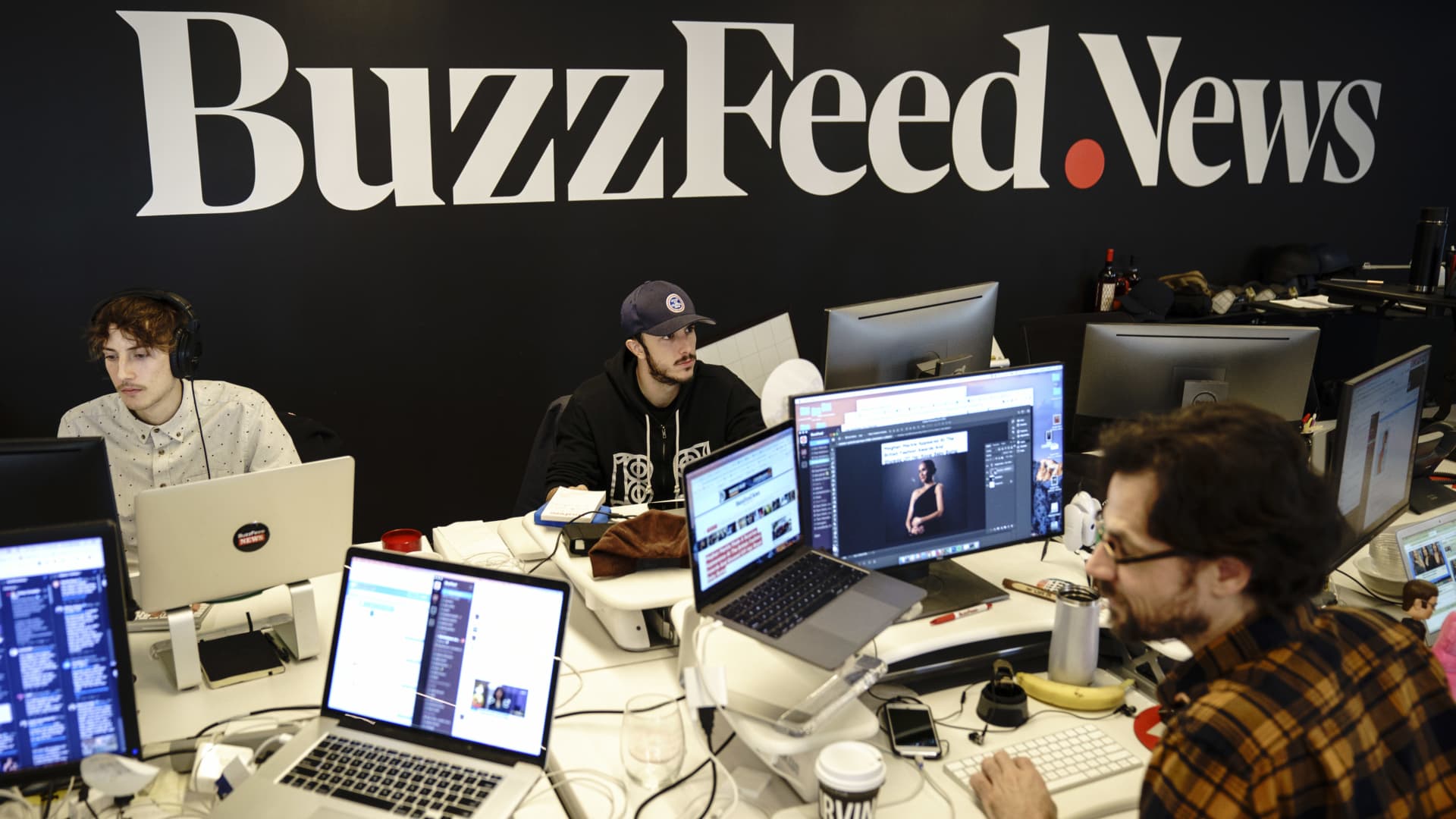 Members of the BuzzFeed News team work at their desks at BuzzFeed headquarters, December 11, 2018 in New York City.

BuzzFeed on Tuesday announced plans to cut its workforce by nearly 12%, or around 180 staffers.

The digital media company said the decision to lay off staff comes in response to challenging economic conditions, its acquisition of Complex Networks and an ongoing audience shift to short-form, vertical video.

BuzzFeed’s stock was down around 5% Tuesday afternoon.

“In order for BuzzFeed to weather an economic downturn that I believe will extend well into 2023, we must adapt, invest in our strategy to serve our audience best, and readjust our cost structure,” CEO Jonah Peretti said in a memo to employees.

The company expects to cut most of the jobs by the end of the first quarter. As of March, the company had around 1,500 employees.

A spokesperson for the company did not immediately respond to a request for comment.

Last year, BuzzFeed went public via a special purpose acquisition vehicle, and shares fell nearly 40% in their first week of trading. In March, the company scaled back its news operation in an effort to make the division profitable. The restructuring saw the departure of several high-level editors.

Peretti said Tuesday that he wants the company to invest “in areas that will drive growth” and build “a more robust creator business.”