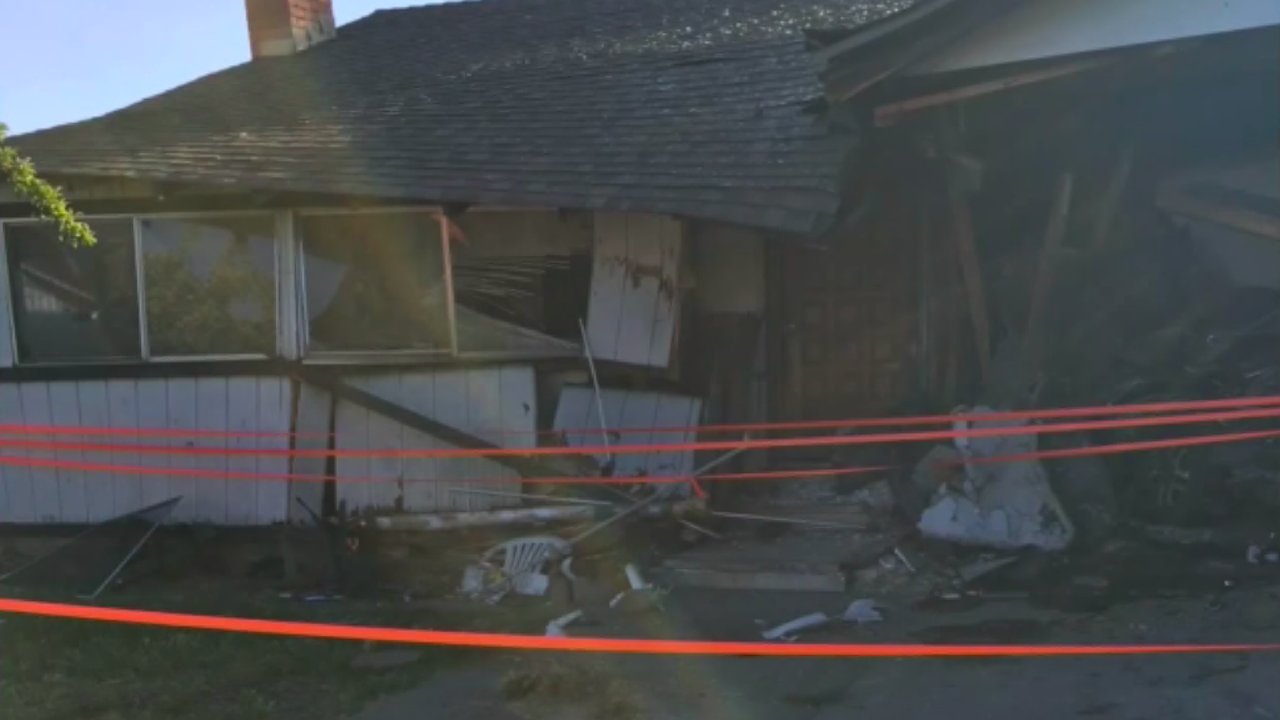 A California homeowner is calling for action from city leaders after his San Jose house has been crashed into over 20 times in the last five decades.

“The city needs to do something to protect, not only us, but the whole neighborhood,” homeowner Ray Minter told KTVU.

The South Bay resident has lived at his East San Jose house since 1960 – and since 1972, 23 people have crashed onto his property, Minter said. He chalks it up to the fact that I-680 was built in 1972 and one of the off-ramps leads to his street, Jackson Avenue.

For the past 50 years, drivers have miscalculated how fast they’re driving and have plunged their vehicles onto Minter’s property. Despite his insurance company dishing out nearly $30,000 to put steel poles in his yard, the crashes keep happening.

Ray Minter says his home has been crashed into at least 23 times since 1972.
(Ray Minter via KTVU)

“A few of them have been hurt pretty badly but most of them have been drunk. Like the guy in 2016,” Minter recounted. “He was driving a 2016 GMC High Sierra. My car was right there where the rocks are, and he hit that at 105 miles per hour.”

Not only has his home been damaged in the nearly two dozen accidents – but at least one of Minter’s family members has suffered injuries as well.

The City of San Jose says they’re waiting for a grant to start a safety project to prevent more accidents.
(Ray Minter via KTVU)

“My youngest niece, she was young. She was right here on the curb and a lady came flying across and hit her,” Minter told KTVU. “She was in the hospital for a couple of weeks and broke her arm.”

Despite Minter’s pleas, the City of San Jose – which is also known as the Capital of Silicon Valley – has maintained that it has no authority to modify the off-ramp. The city has applied for a $40 million grant to construct a safety project along Jackson Avenue.

Nearly two dozen drivers have miscalculated their speed exiting I-680 and crashed onto Minter’s property.
(Ray Minter via KTVU)

If San Jose is awarded the grant, work for the street improvement project will begin in 2023. But until then, the city is simply encouraging drivers to slow down and obey traffic rules.