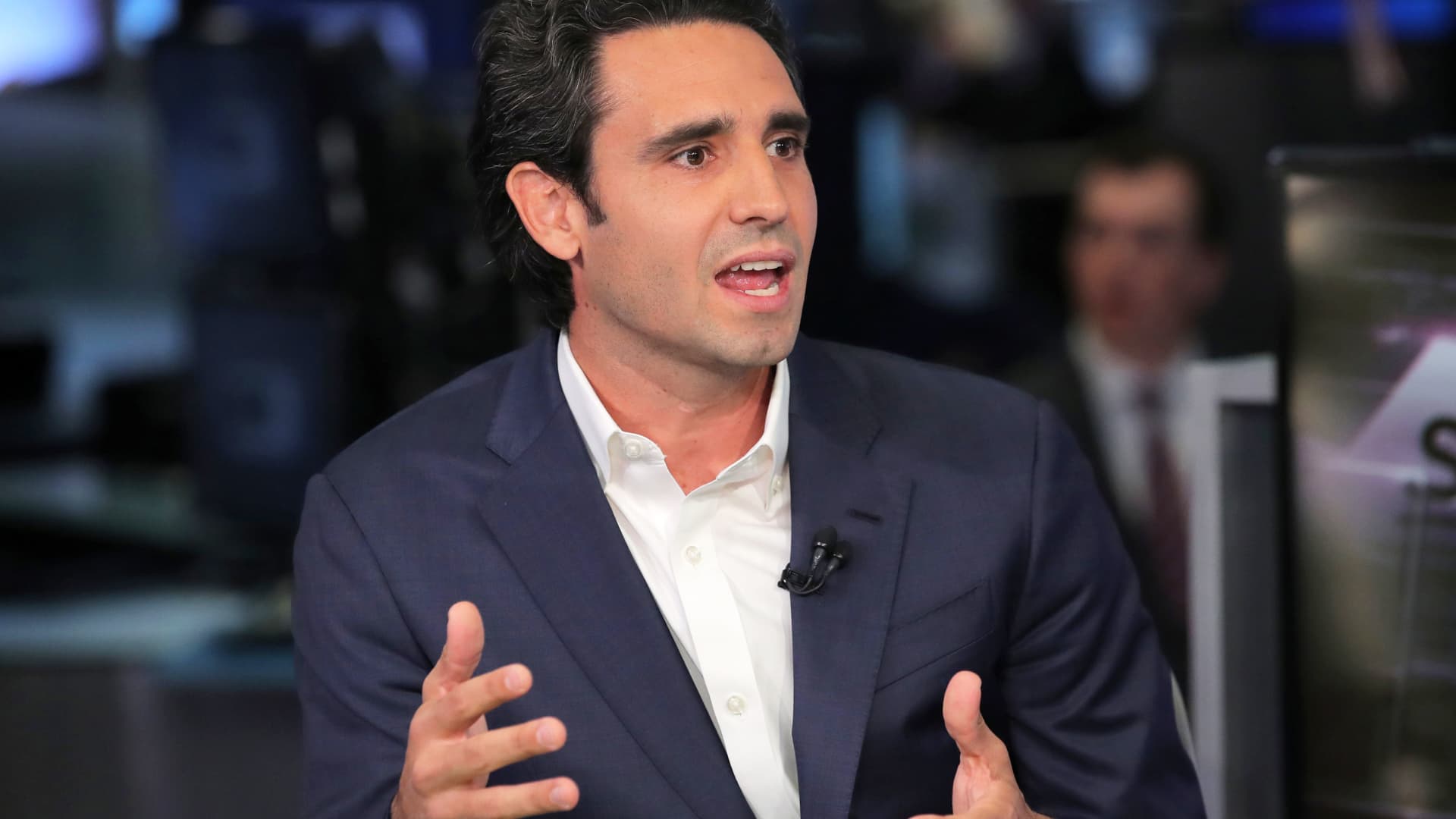 Ernest Garcia III, CEO of Carvana, speaks to CNBC on the floor of the New York Stock Exchange, March 7, 2019.

Shares of Carvana plummeted by more than 40% in Wednesday morning trading after the embattled online used car retailer’s largest creditors signed a deal binding them to act together in negotiations with the company.

The pact, as first reported by Bloomberg, includes creditors such as Apollo Global Management Inc. and Pacific Investment Management Co. that hold around $4 billion of Carvana’s unsecured debt, or around 70% of the total outstanding. The agreement will last at least three months.

Such creditor agreements are viewed as a way to streamline negotiations around new financing or a debt restructuring. They have assisted in preventing creditor fights that have complicated other debt restructurings in recent years.

A person with knowledge of the situation who is not authorized to speak publicly on the matter confirmed details of the deal Wednesday to CNBC. They downplayed the deal signaling any increased concerns for bankruptcy, citing the company’s meaningful liquidity runway.

Following the creditor deal, Wedbush analyst Seth Basham said Wednesday that bankruptcy is becoming more likely for Carvana and downgraded its stock to underperform from neutral and slashed his price target to $1 from $9 per share.

JPMorgan said Wednesday that the creditor deal signals the Carvana “may have initiated debt restructuring negotiations with bond holders” but the “possibility of imminent Ch. 11 filing seems low.”

“We believe CVNA has enough cushion through shortterm revolvers to get through till end of 2023, and a severe recession could accelerate this by 1-2 quarters,” Rajat Gupta said in an investor note.

Trading of Carvana shares was briefly halted Wednesday morning after the stock fell below $5 a share for the first time since the company went public in 2017. The stock fell below $4 a share after the halt was lifted. Carvana’s stock has plummeted by about 97% this year after reaching an all-time intraday high of $376.83 per share on Aug. 10, 2021.

Carvana has received a litany of analyst downgrades since the company reported disappointing third-quarter earnings last month and gave a bleak outlook.

The company grew exponentially during the coronavirus pandemic, as shoppers shifted to online purchasing rather than visiting a dealership, with the promise of hassle-free selling and purchasing of used vehicles at a customer’s home.

But Carvana did not have enough vehicles to meet the surge in consumer demand or the facilities and employees to process the vehicles it did have in stock. That led Carvana to purchase ADESA and a record number of vehicles amid sky-high prices as demand slowed amid rising interest rates and recessionary fears.

Carvana has repeatedly borrowed money to cover its losses and growth initiatives, including an all-cash $2.2 billion acquisition earlier this year of ADESA’s U.S. physical auction business from KAR Global.

Last week, Bank of America downgraded Carvana to neutral, saying that the company badly needs more liquidity as it struggles to turn profitable. Analyst Nat Schindler said the company “is likely to run out of cash by the end of 2023. There is no indication yet of a potential cash infusion.”

And last month, Morgan Stanley pulled its rating and price target for the stock. Analyst Adam Jonas cited deterioration in the used car market, company’s debt and a volatile funding environment for the change. He also said the company’s stock could be worth as little as $1.