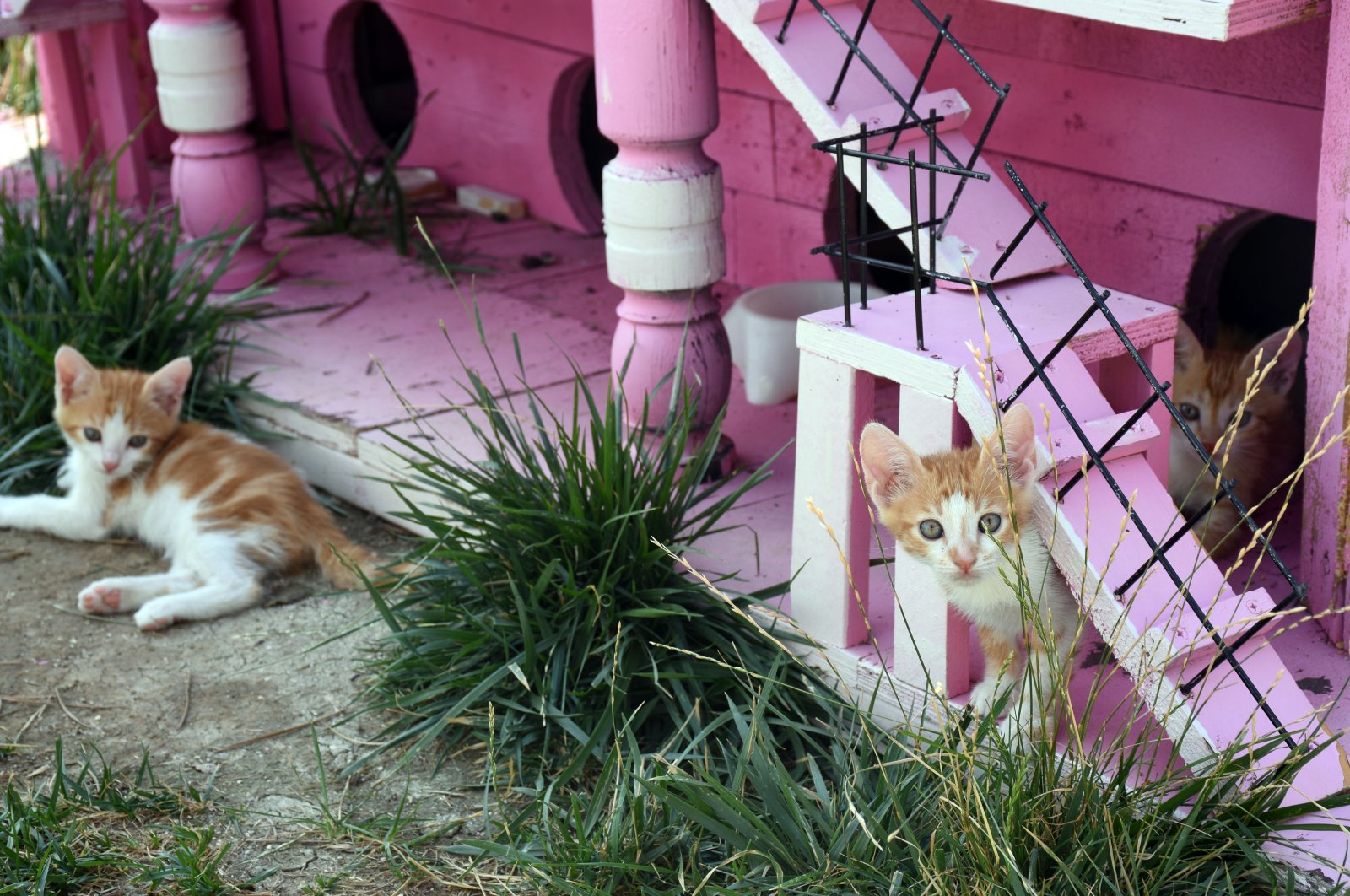 The Cat Village in the town of Yahşihan observed International Cat Day on Monday in the shelter that opened last year. The village, sprawling in an area of 600 square meters (6458 square feet), is entirely made of recycled material and primarily hosts cats with disabilities, pregnant cats and kittens. The shelter is also open for adoption.

Osman Türkyılmaz, mayor of Yahşihan located in the Kırıkkale province, says the village was awarded in a contest by the Turkish Union of Municipalities for new ideas for the care of stray animals and was a recipient of a prize of $27,835 (TL 500,000), which they used for the improvement of the shelter. He said they also built a shelter for dogs next to it.

“We have 10 staff members here and they attend mostly those in need. Pregnant cats are left where they are found after providing care here. We also leave food for cats in designated spots across the town. Annually, we deliver 25 tons of cat food,” he told Anadolu Agency (AA) on Monday. Türkyılmaz notes that the shelter tapped on “zero waste” for construction, with broken pavement stones used in the shelter’s flooring, benches and “cat houses” made out of discarded pallets.

The village serves as an informal maternity ward for cats. In one year, some 175 kittens were born in the shelter. It also performed surgeries on 50 cats found injured.

Caring for needy animals is integral to Turkish culture and the Islamic faith. Local municipalities and ministries try to look after the country’s felines and canines suffering from lack of food during curfews related to the coronavirus pandemic. For the cats in the country, “Meow Park,” the first park exclusively for them, was opened in the city of Mersin, complete with playgrounds and houses for the feline population.