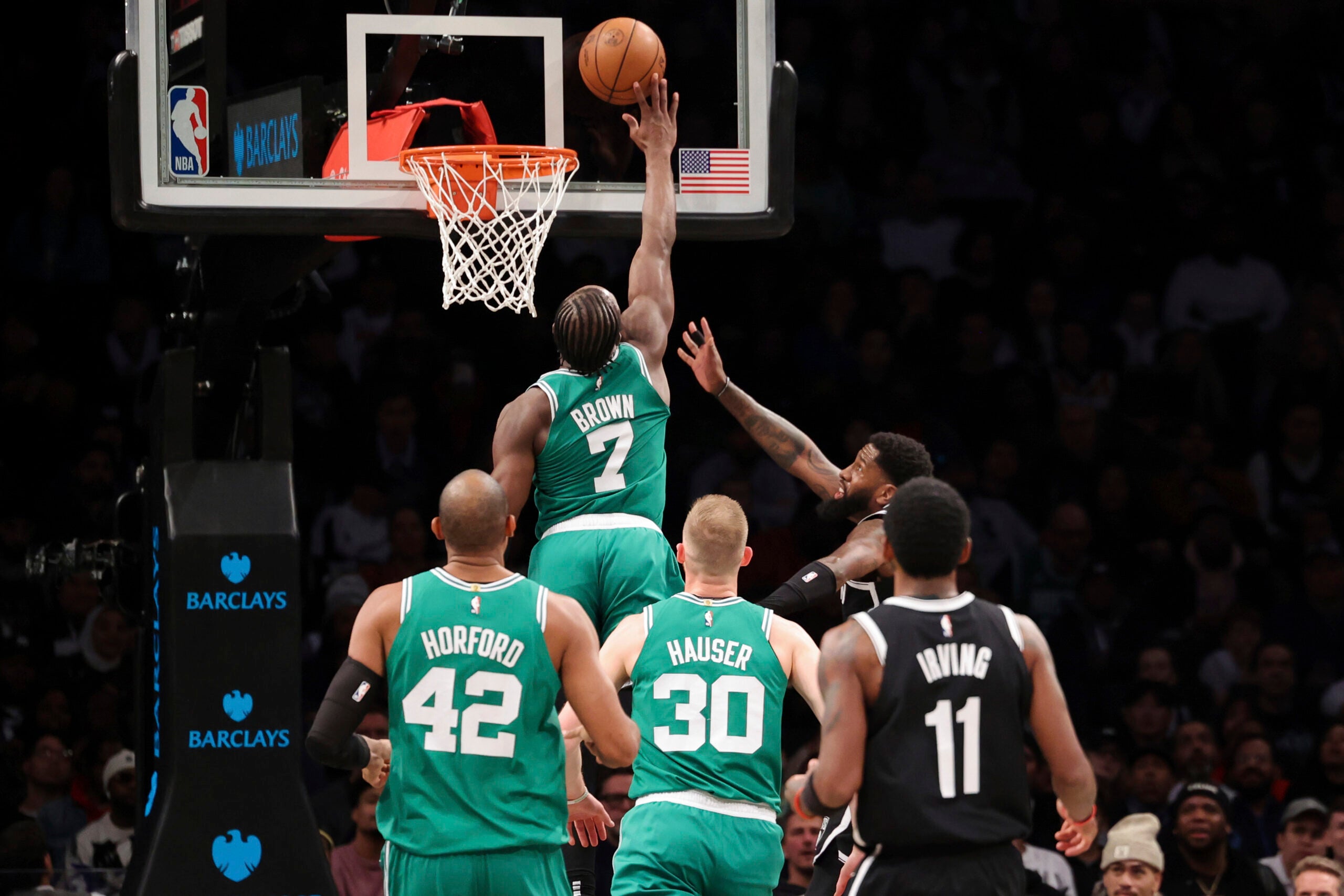 Brown got Boston started with a 20-point first quarter and the Celtics turned to their defense to lock it up in the fourth quarter of the first meeting since they swept the Nets in the first round of the playoffs.

Kevin Durant scored 31 points for the Nets, but committed eight turnovers. Kyrie Irving added 18 points and eight rebounds but shot just 7 for 21 from the field.

The Celtics played without Defensive Player of the Year Marcus Smart because of a bruised left hip but had plenty of defenders left to clamp down on the Nets and bounce back from an overtime loss to Miami on Friday that snapped their five-game winning streak.

Boston led by only two nearly midway through the fourth quarter before Al Horford made a 3-pointer for his only basket of the game, then blocked Durant’s shot to lead to Brown’s fast-break dunk for an 85-76 lead.

Tatum had a flurry later in the period to break it open and draw loud cheers from the many Celtics fans in a crowd that also included recently retired tennis superstar Roger Federer sitting near their bench.

Though the Celtics (19-5) have raced to the best record in the NBA, they were the only team that had more wins than the Nets’ 11 since the start of November, when Brooklyn replaced Steve Nash as coach. The Nets considered suspended Celtics coach Ime Udoka before sticking with Jacque Vaughn.

But the Nets still can’t crack the Celtics’ defense, just as they couldn’t in April.

Brooklyn made its first five shots in an 11-2 start, then missed seven in a row while Boston answered with a 14-0 run. Brown was 5 for 5 on 3-pointers in the first quarter.

It was tied at 48 with 4 minutes left in the second quarter before the Celtics closed with a 14-2 spurt to take a 62-50 advantage to the locker room.

Celtics: Interim coach Joe Mazzulla said C Robert Williams (left knee surgery) had another workout Sunday and is closing in on a return. … The Celtics began a six-game road trip. It continues Monday in Toronto before moving to the West for the final four games, including their first matchup with Golden State since the NBA Finals. …. The Nets showed a video tribute after the first quarter for Blake Griffin, who spent nearly two seasons in Brooklyn.

Celtics: At Toronto on Monday night.