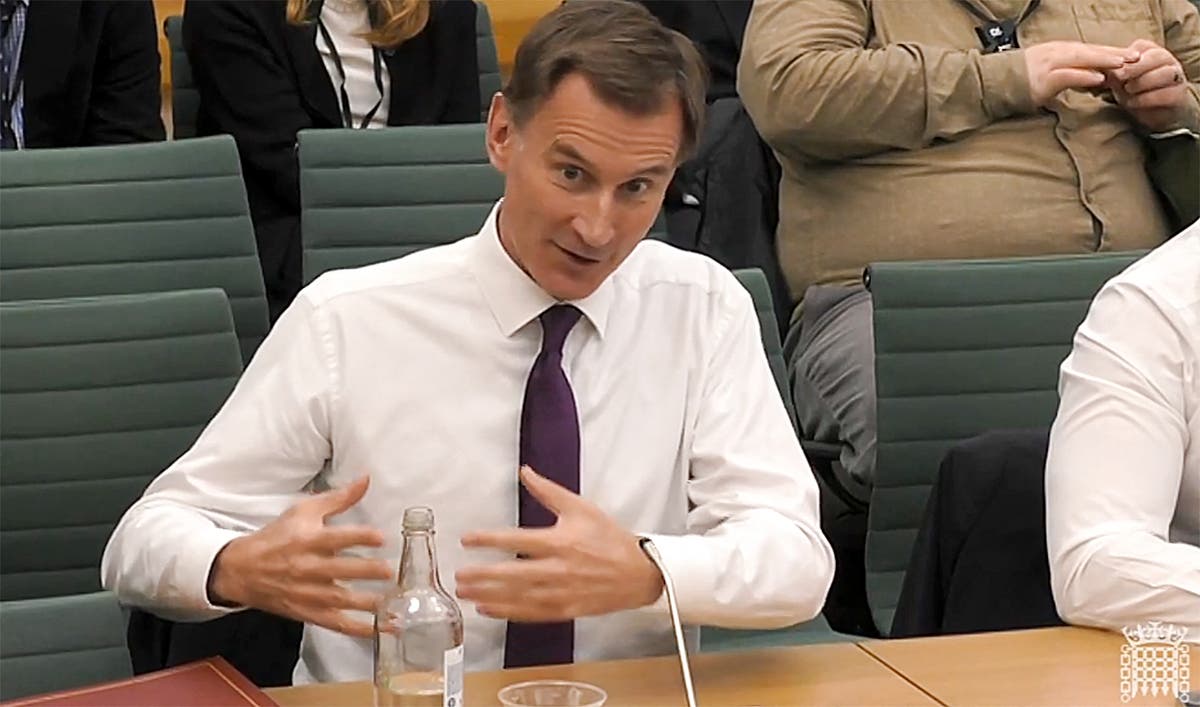 Sign up to our Brexit email for the latest insight

Jeremy Hunt has rubbished the forecasts of his own economic watchdog and declared he does not accept Brexit “will make us poorer”.

In a fractious interview, the chancellor was confronted with his watchdog’s analysis that leaving the EU will swipe £100bn from output and £40bn from revenues by the decade’s end.

But Mr Hunt, asked about that Office for Budget Responsibility (OBR) analysis of a 4 per cent GDP slump, replied: “I don’t accept the 4 per cent.”

When it was pointed out he accepts other OBR forecasts, he said: “I don’t have to accept all of them”, adding: “I accept all the ones I agree with.”

The chancellor acknowledged the “transition” to new trading relationships was causing “difficulties for some businesses” but argued “the opportunities for Brexit” could overcome them.

“I don’t accept that the long-term impact of that decision [leaving the EU] will be to make us poorer,” he told Sky News.

Mr Hunt insisted “Brexit is not the issue” as Britain enters what is forecast to be recession of up to two years, that will take living standards back to 2013 levels.

Negotiating closer trade ties with Brussels – such as the “Swiss-style deal“ Rishi Sunak rejected this week – would prevent the UK “becoming the world’s next Silicon Valley, which is my long-term plan”, he said.

The comments come after Michael Gove was criticised for failing to name a single change from Brexit that has “made business easier”, as criticism of the economic harm from the trade deal grows.

The leading Leave campaigner instead pointed to reform of the Common Agricultural Policy and gene-editing, as well as freedom to make “our air purer, our soil more resilient”.

Mr Hunt has claimed has claimed the “vast majority” of the punishing cross-Channel trade barriers can be removed in the years to come, but without explaining how.

The OBR has consistently forecast that a projected 15 per cent drop in trade will swipe 4 per cent from GDP in the medium term – twice the economic damage from the Covid pandemic.

But the chancellor told Sky News the loss is “what the OBR projects if we don’t do other things to take advantages of the opportunities of Brexit”.

He pointed to efforts to “invest in the skills of our own people, reduce the pressures on migration” as policies to mitigate the damage – although net migration has soared to record levels.

“We are going to forge a different economy outside the European Union, high skill, high wage, the world’s next Silicon Valley, and with our own regulations,” Mr Hunt said.