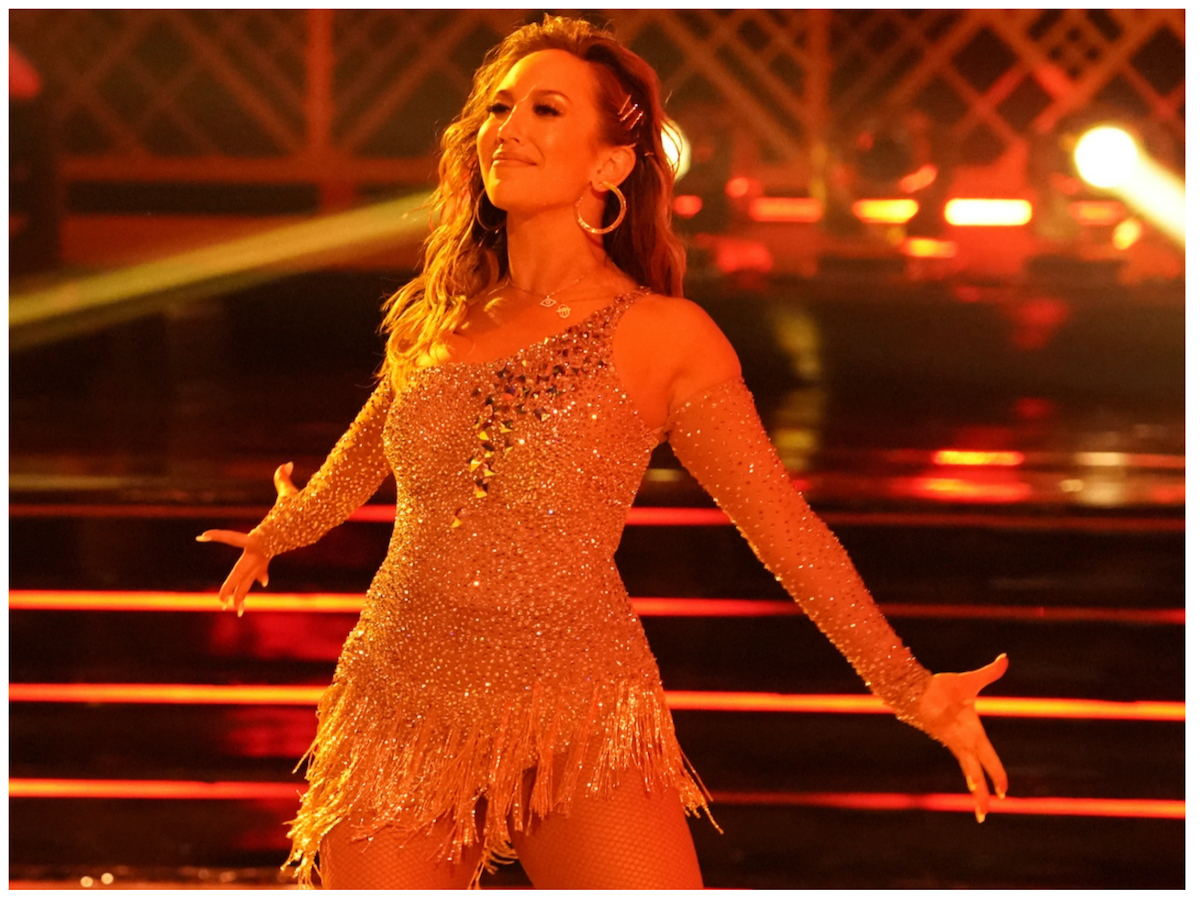 Cheryl Burke split from her husband, Matthew Lawrence, in February 2022. In May, the Dancing with the Stars pro started a new podcast, Burke in the Game, in which she explored being single and the idea of “dating herself.” In a recent episode, Burke admitted she’s ready to date again and spoke about flirting with an unnamed cast member from season 31 of Dancing with the Stars. Find out what Burke had to say.

When Burke first started her podcast, she wanted to “surrender control to listeners” and get their advice on being single. Now, Burke says she’s ready to start dating again.

“Let’s just cut the BS,” she said during the Burke in the Game episode when matchmaker Patti Stanger was a guest. “I need to get out there because I haven’t been on one date since I’ve been separated. I think it’s time. Definitely time to at least sext somebody.”

As Burke admitted to Stanger during their chat, there was some flirting going on behind the scenes of her final DWTS season. “I’m not going to name the name,” Burke said. It’s unclear if Burke was flirting with another pro or a celebrity cast member. However, she did provide a few more details about the situation.

“This was the first flirty — in-person, at least — thing happening since my divorce,” she elaborated. “I am normally attracted to those types of men, which are one foot in, one foot out …” Burke said she likes a challenge. However, despite this man’s excitement about wanting to take her out, he ultimately left Burke with “crickets.”

“I ran into him again at the finale and it was interesting how I normally this would be like my fire, this would be my ‘Go and get him,’ this is the challenge that I love,” Burke concluded. “And I just let it be. You know how to get ahold of me, you know where I am, and there was just nothing.” Instead of being heartbroken, Burke said she let it go.

Season 31 of ‘Dancing with the Stars’ was Cheryl Burke’s last; what’s next?

Just before the season 31 finale of Dancing with the Stars, Burke shared news of her retirement from the ballroom with fans. “This has been one of the absolute hardest decisions of my life [and] I am also confident that it is the right one,” she said on Instagram. Burke left the show to evolve and be “challenged in new ways.” She’s also excited about “having the ability to expand [her] commitment to mental health advocacy [and] focusing on [her] newfound love for podcasting.”

In another episode of her podcast “No Looking Burke,” she spoke about the possibility of doing another show. “There’s a lot of talks about me being part of another television show — stay tuned for that,” she said.

Could the single and ready-to-mingle dancer become the next lead on The Bachelorette? Much like the mystery man she was flirting with on DWTS, Burke didn’t say much about this future show. Stay tuned to Showbiz Cheat Sheet for updates.

Keep up with Burke on her iHeart Radio podcast Burke in the Game.