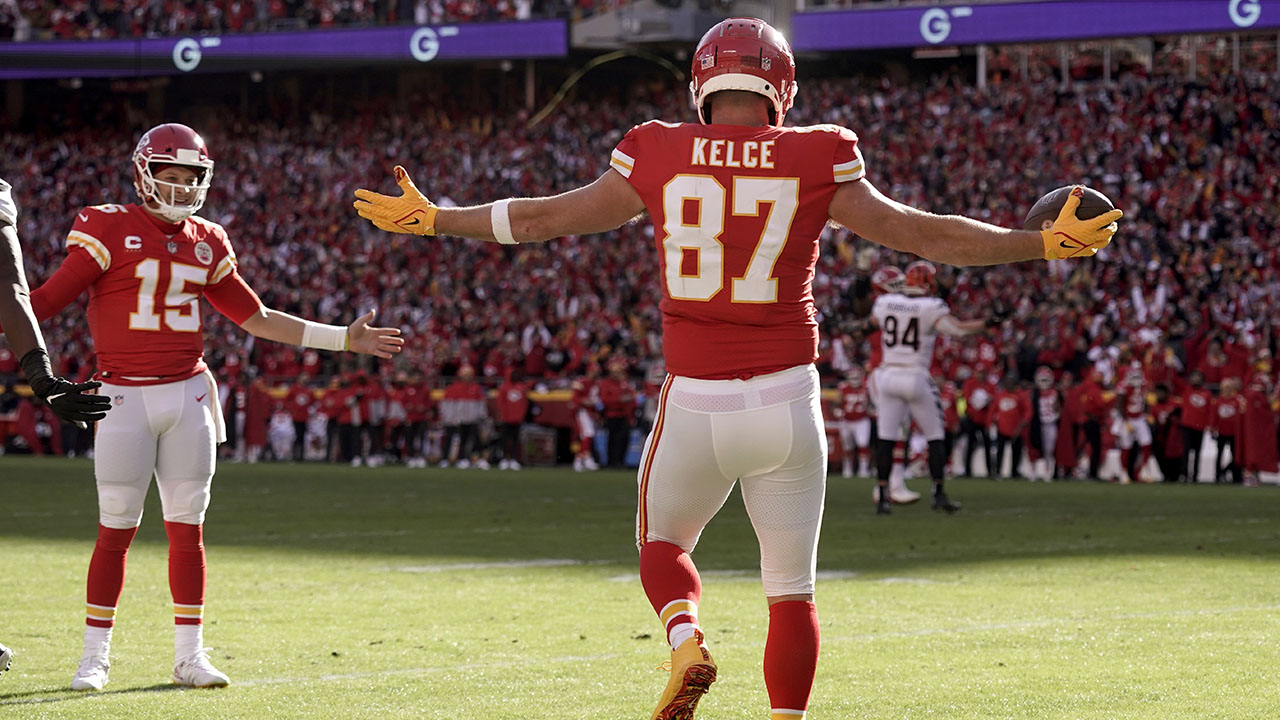 Travis Kelce is the rare NFL superstar who’s content with his current contract.

Entering his 10th season and under contract through 2025, Kelce’s focused on getting Kansas City back to a Super Bowl.

“I signed my contract understanding what I had. I put a lot into this, man,” Kelce said via Pro Football Talk. “Money, in my mind, is almost secondary at this point in my career.”

That’s somewhat easier to understand when you consider Kelce inked a four-year, $57 million extension with the Chiefs just prior to the 2020 season. Still, the three-time first team All-Pro tight end is considered underpaid by many of his peers, including San Francisco’s George Kittle.

George Kittle #85 of the San Francisco 49ers celebrates after making a first down during the game against the Houston Texans at Levi’s Stadium on January 2, 2022 in Santa Clara, California. The 49ers defeated the Texans 23-7.
(Photo by Michael Zagaris/San Francisco 49ers/Getty Images)

Earlier in the week Kittle told PFT: “(Kelce) gets paid half of what a wide receiver makes, which just boggles my mind.”

When told of Kittle’s flattering statement, Kelce responded: “I appreciate Kittle saying that. That’s my guy and he always wants to see every tight end get paid as much as their production is.”

Production is synonymous with Kelce. The 32-year-old hasn’t had less than 67 receptions in a season since his rookie year. He has 57 receiving touchdowns and a handful of NFL records, one of which is the most 1,000-yard receiving seasons by a tight end (6).

And he seems poised to add to those numbers while assisting Kansas City’s drive to remain amongst the league’s top contenders. “I’m here for the legacy and I’m here to try and make the Kansas City Chiefs the best team possible,” Kelce added, per PFT. “So that’s my main focus. That’s why I’m here.”