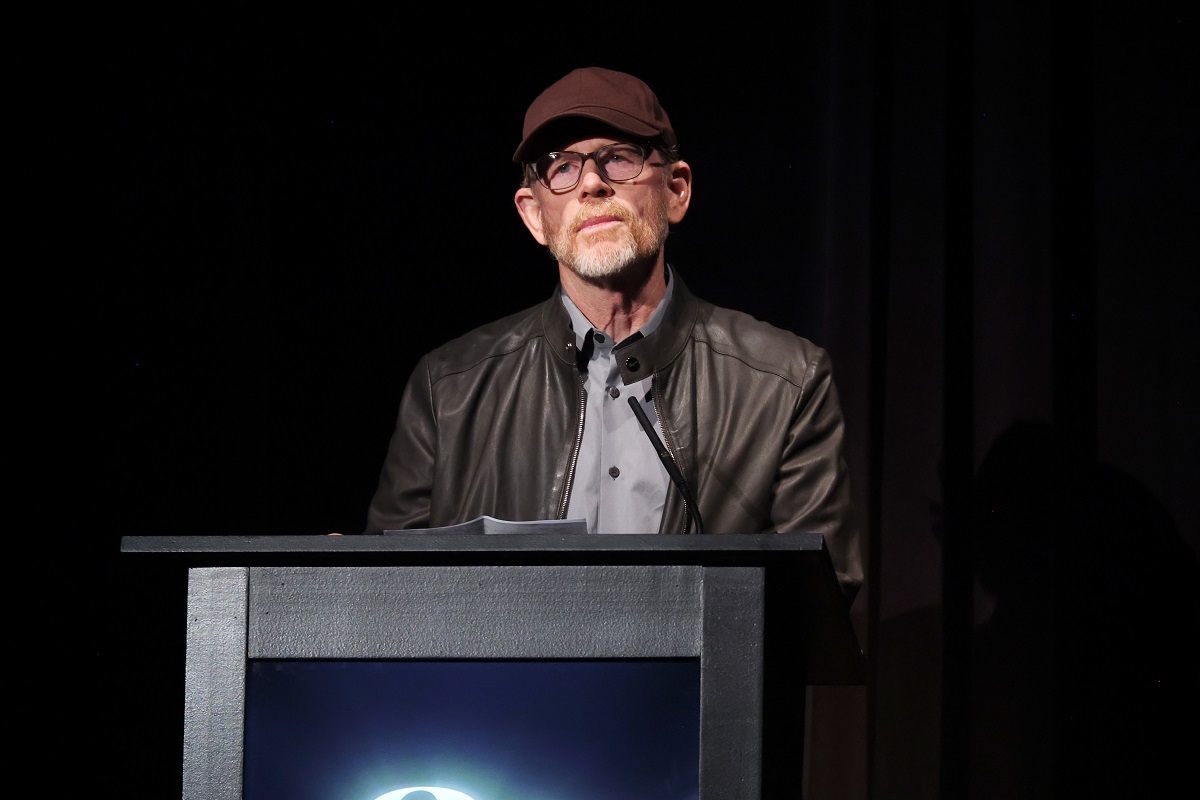 Movie star Clint Eastwood has always been a well-respected veteran in the film industry. So when fellow director Ron Howard was embarrassed because of a certain film’s reception, Howard found himself saved by Eastwood and the respect he commanded.

Like many in the film industry, Howard has always had great admiration for his fellow actor-turned-filmmaker. On a professional level, Eastwood made Howard believe that his directorial abilities wouldn’t peak as early as Howard thought they would.

Eastwood first started directing around his early 40s. Yet he’s also done some of his best work as a filmmaker during his much older years. It’s an accomplishment that Howard himself aspired to replicate later on in life. According to The Hollywood Reporter, a once 35-year-old Howard once believed he’d be at his filmmaking best in his 50s or 60s.

“Considering that Clint Eastwood is out with American Sniper, I think I can tack another decade onto that,” Howard said.

Personally, Eastwood has also taught Howard how to avoid comparing himself to others in terms of talent and accomplishments.

“We’re all constantly keeping score. You can’t help it. But trying to pit ourselves against other people in some measurable way is largely a waste of time. Look at Clint Eastwood and Ridley Scott, two guys who, at least creatively, inhabit their space in a way that I admire. I don’t know them well, but I don’t think they are looking over their shoulders and wondering what people will think of them,” Howard once said in an interview with Men’s Journal.

Howard’s Willow was a 1988 sci-fi fantasy feature that George Lucas entrusted Howard to direct. Over the years, the film has developed a bit of a cult following. Enough to spawn a television series on Disney + years later.

But initially the movie wasn’t all that well-received, with Howard experiencing a negative and hurtful reaction for it just by screening the film. According to his daughter Bryce Dallas Howard, however, Eastwood stepped in to stop an already uncomfortable situation from getting any worse.

“My dad made a film called Willow when he was a young filmmaker, which screened at the Cannes film festival and people were booing afterwards,” Dallas Howard once told Daily Mail. “It was obviously so painful for him, and Clint, who he didn’t know at that time, stood up and gave him a standing ovation and then everyone else stood up because Clint did.”

To Dallas Howard, the incident was just one of many examples of why she looked up to Eastwood. So much so she even wanted Howard to direct the same way Eastwood tended to.

“Clint puts himself out there for people,” she said. “As a director he is very cool, very relaxed, there’s no yelling ‘action’ or ‘cut’. He just says: ‘You know when you’re ready.’ I told my dad he should do that!”

Ron Howard once said he would love to re-direct ‘Willow’

Despite the situation at Cannes, Howard still maintained a special place in his heart for the feature years after directing it. On a Reddit AMA, he wouldn’t even have minded taking another crack at the project. With more experience under his belt, Howard felt he’d make a much better film than he did before.

“George Lucas was so trusting; I was still fairly green, I always say it was a little like me doing my doctoral thesis working with George Lucas on that movie Willow. And I think today I could make it even more dynamic, I could make it cooler, I could make the funny stuff funnier, but all that said, you know Willow was a great experience and I’m really glad it sort of lives in peoples memory,” Howard said.