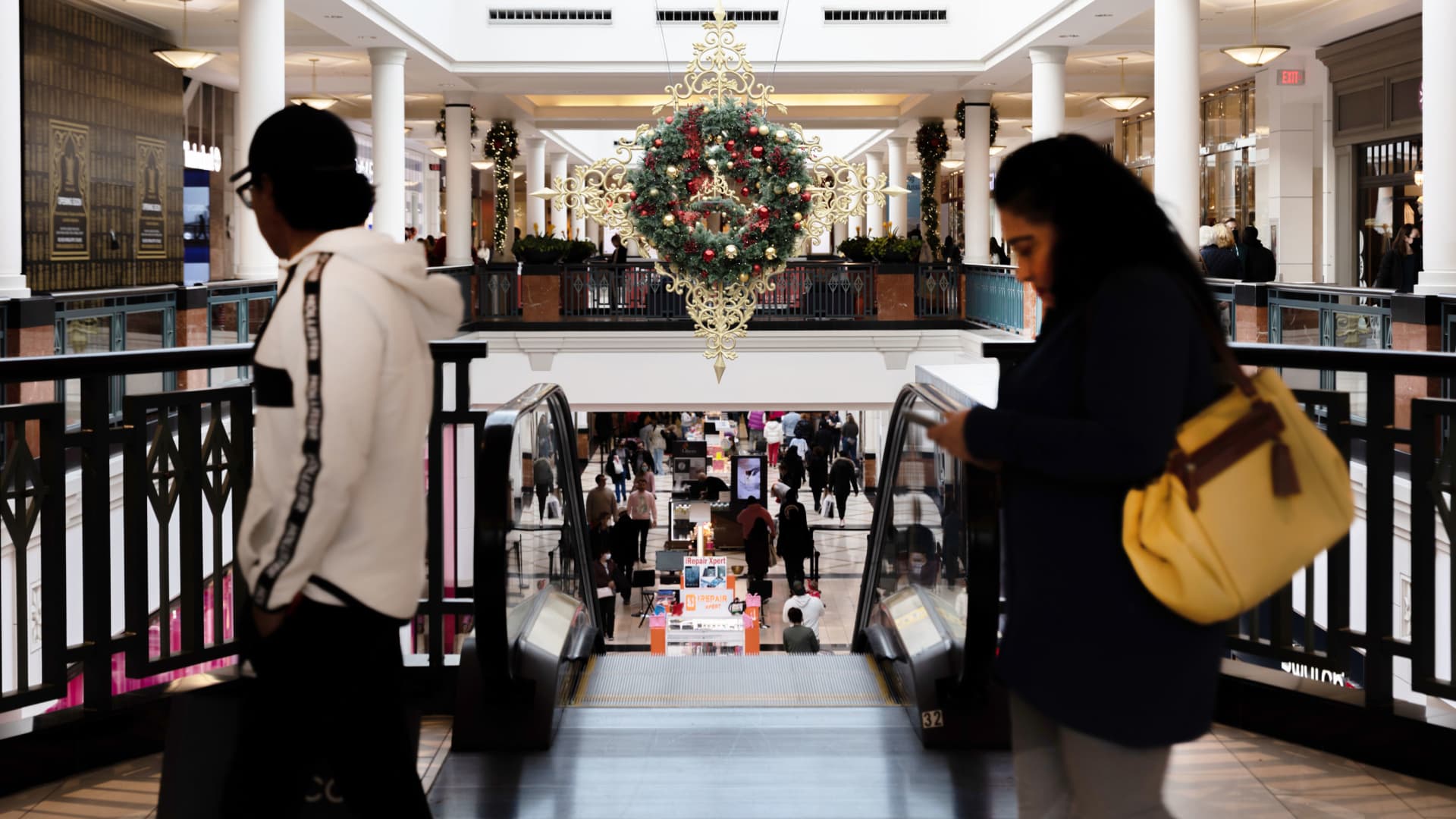 American shoppers plan to watch their wallets closely this holiday shopping season, with 41% saying they plan to spend less this year than last, according to the CNBC All-America Economic Survey. It marks the most cautious holiday season since 2013.

The survey found that average spending intentions for gifts fell about 10% from last year to $907 from $1,004 in 2021 when Americans were flush with cash from government stimulus. This year, though wage expectations are up and Americans feel secure in their jobs, high inflation and concern about the economy and housing prices look to be sapping Yuletide spending cheer.

A third of Americans say they will spend less because of inflation. Thirty percent of participants also say they will use credit card or other debt to finance their gift purchases, up 8 points from last year. Nearly 40% cited the poor economy among reasons they will reduce spending.

“There’s this economic malaise that we’ve seen getting more significant quarter over quarter for a year and a half now [that] really comes through pretty strongly in people’s attitudes about why they do not intend to spend as much this year,” said Jay Campbell, partner at Hart Research, the Democratic pollster for the survey.

The survey found 30% of participants saying they would use credit cards they don’t intend to pay off immediately or other debt in their holiday shopping, up 8 points from last year. However, the percentage is more in line with prior years. That means it could be a sign of how flush consumers were with cash last year as a result of stimulus, rather than how tough their financial situation is this year.

While stimulus savings have run down, and inflation has sapped consumer confidence and strength, the economy entered the holiday shopping season with 4.3 million more Americans employed and a lower unemployment rate than in December 2021, potentially offsetting some of the downbeat spending intentions.

Indeed, just 6% say they are very worried about their job security, while another 11% said they are somewhat worried. Meanwhile, 39% expect their wages to increase next year by a fairly robust 4.6%.

Regardless of the personal financial situation of individual Americans, many are convinced that the U.S. economy is in poor shape, the survey found:

“Combined, 63% of Americans are pessimistic about the current state and the future prospects for the economy,” said Micah Roberts, partner at Public Opinion Strategies, the Republican pollster for the survey. “This has been over 60% all year and over 50% since July 2021.”

When it comes to where Americans will shop, the survey shows that online spending has held onto the bulk of the gains it achieved during the Covid pandemic when many shoppers shunned visiting stores. More than half of the participants chose online shopping as the top one or two ways they do their holiday buying, followed by 21% who prefer big-box stores, such as Walmart or Best Buy. Local stores are a top destination for 16% of respondents. The preference for online shopping is up a point from last year, and down from 55% from 2020, in the heart of the pandemic. But it remains up 7 points from 2019.

Department stores have not fully recovered from the pandemic, ending up as the top choice for 7% of the public, a point lower than last year and half the level of 2019.

While the impact of the coronavirus is down substantially when it comes to travel and leisure, it is not gone. In December 2020, 60% of Americans were concerned about attending large concerts or gatherings. That fell to 34% in 2021 and is now down to 18%. That still represents almost 1 in 5 Americans. Some 16% said they are still worried about flying on planes, down from 20% last year and 48% in 2020.

(You can view the full survey here.)

Correction: The survey found that average spending intentions for gifts fell about 10% from last year to $907 from $1,004 in 2021. An earlier version misstated the percentage.