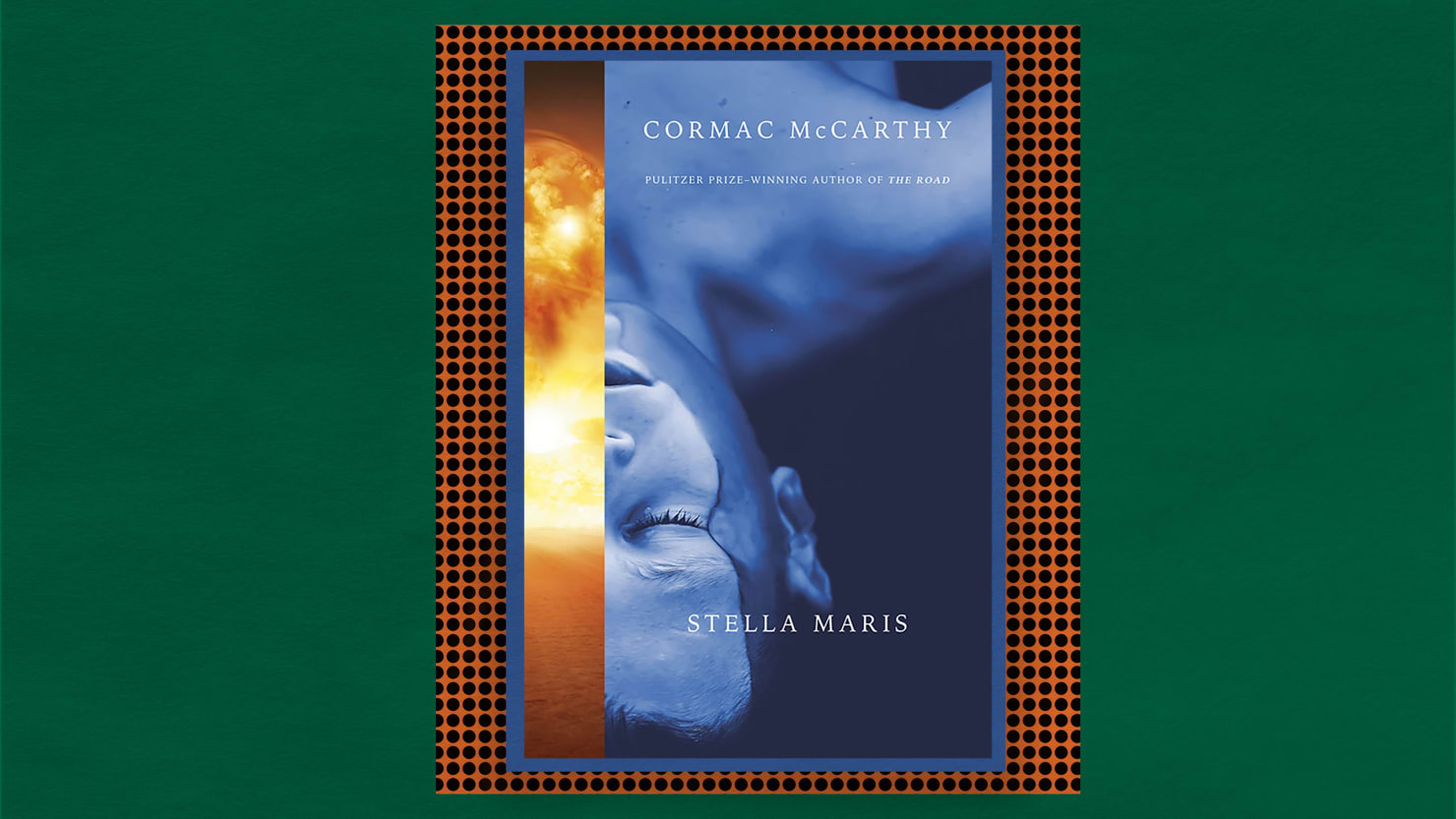 Cormac McCarthy’s latest novel, Stella Maris, consists entirely of transcripts of conversations at a psychiatric facility between a suicidal genius named Alicia Western and her therapist. Readers of McCarthy’s previous novel, The Passenger, know how the story ends: Alicia has already committed suicide when The Passenger begins. Stella Maris shares themes and its central character with The Passenger, but it offers a new angle on her strange, luminous mind. In the first book, we saw Alicia’s troubling hallucinations as they appeared to her—as bizarre but undeniably real beings. In Stella Maris, we have a more external view of Alicia. Her inner life is not dramatized, only described in exchanges with a therapist whose sympathy cannot entirely conceal his bewilderment at many of her comments about her mind and the world. Yet the novel suggests that she may have grasped more of the nature of reality than her interlocutor.

It’s odd to call Stella Maris McCarthy’s latest novel, since it’s being published just six weeks after The Passenger. While each book stands alone, they clearly form a single broader system, something like a planet and its dark orbiting moon. Like The Passenger, Stella Maris is a fascinating and disturbing book, its essential bleakness of vision powerful if not completely persuasive.

Alicia is a mathematical genius, an extraordinarily gifted violinist, and a voracious reader with a photographic memory. Asked by the therapist if she remembers everything she reads, she seems puzzled: “Yes. Why else would you read it?” Though barely out of her teens, she has spent years doing extremely difficult mathematics for 18 hours a day. Her lighter reading includes classic works of epistemology, such as the 18th-century philosopher Bishop Berkeley’s An Essay Towards A New Theory of Vision. Her therapist makes some perceptive remarks, but he often admits that he is simply incapable of understanding what she says.

The gulf that separates them reflects more than just her intellectual supremacy. She has also experienced depths of mental anguish that she claims as the basis for special insight. “There’s data in the world available only to those who have reached a certain level of wretchedness. You don’t know what’s down there if you haven’t been down there,” she says. The novel itself is in some ways an attempt to convey just what it is that’s “down there.”

The answer is not, primarily, the visual and auditory hallucinations that have accompanied her conscious experience since she was twelve. “I never saw them as supernatural. In the end there was nothing to be afraid of,” she says of them. She suggests that rather than being the substance or cause of her misery, they were a sort of defensive screen. “I’ve thought from early on that the Kid was there not to supply something but to keep something at bay,” she says of the primary apparition.

The nature of this “something” that the hallucinations might be keeping at bay remains ominously vague. In fact, its unrepresentability may be an essential feature. Describing her dreams, she says, “I never saw monsters. Creatures going around carrying their heads. I always sensed that the worst of it transcended representation. You couldn’t put together something for them to look like. You didn’t have the parts.” This is a chilling thought indeed—a being or truth so horrible as to literally defy representation.

This pervasive sense of basic horror may be one motive for Alicia’s desire never to have been born. Another may be her romantic love for her brother, Bobby, which is presented as a feature of her mind just as ineluctable as its hallucinations and mathematical gifts. A third candidate might be her apparent belief that the deepest levels of mathematical explanation will always elude human comprehension. She also implies that annihilation by the nuclear weapons her father helped develop awaits humanity. Her misery has no shortage of causes.

Perhaps strangely, given this misery, she is also a delightful conversationalist. She banters, jokes, speculates, reveals, and conceals. McCarthy manages to wring suspense, poignance, and genuine intellectual interest from a story built from dialogue alone. It’s not the first time he’s done this. Stella Maris is formally most similar to McCarthy’s 2006 play The Sunset Limited. Both consist entirely of conversation between two characters with starkly opposed experiences of the world. Both feature a character on the verge of suicide.

Stella Maris ventures even deeper into spiritual despair and epistemic quandaries. One of the novel’s most interesting suggestions is an expansion of Plato’s defense of the reality of the invisible. This sort of mathematical Platonism has attracted many brilliant scientists. The physicist Heisenberg, for instance, wrote, “Modern physics has definitely decided for Plato… the smallest units of matter are… not physical objects in the ordinary sense of the word; they are forms, structures or—in Plato’s sense—Ideas, which can be unambiguously spoken of only in the language of mathematics.”

Alicia sounds a similar note when she describes a strong early experience in which she grasped the truth of equations. “They were in the paper, the ink, in me. The universe. Their invisibility could never speak against them or their being.” Her hallucinations are another sort of being that do not derive reality from visibility. “I dont think the Kid doesnt exist when I dont see him,” she says.

“Reflecting on the entities in her own mind, Alicia says, “They want to do something with the world that you havent thought of. They want to set it at question.””

At points, Alicia sounds implausibly similar to McCarthy. Asked to describe the world in a single sentence, she offers this: “The world has created no living thing that it does not intend to destroy.” Such unalloyed bleakness is a plausible feature of the perspective of a suicidal character, but when she begins reflecting on the unconscious mind with precisely the same example that McCarthy himself uses in his only published work of non-fiction, one wonders to what extent her character is more than a repository for McCarthy’s own sensibility and abiding obsessions with death, mathematics, physics, and the origins of language.

In some sense, fictional characters are to the novelist who creates them what Alicia’s hallucinations are to her: semi-autonomous beings that inhabit one mind but also seem somewhat independent of it. Reflecting on the entities in her own mind, Alicia says, “They want to do something with the world that you havent thought of. They want to set it at question.” The therapist next asks her why they want to do that, and her answer also applies well to the fictional characters McCarthy has spent decades creating: “Because that’s who they are. What they are. If you just wanted an affirmation of the world you wouldn’t need to conjure up weird beings.”