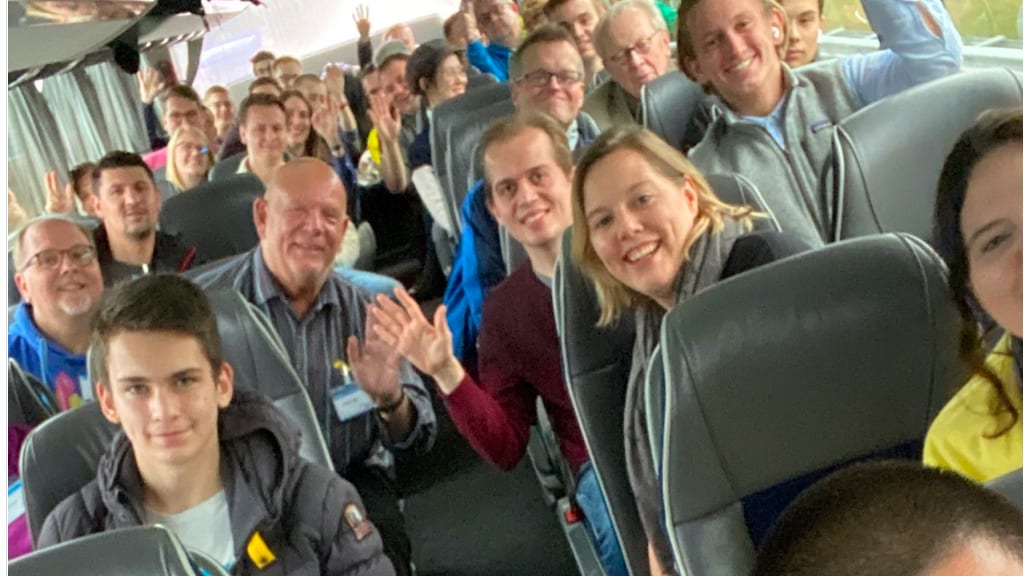 The Secretary General of the FDP NRW, Moritz Krömer, shared a photo from the FDP campaign bus on his Twitter account on Saturday. You can see: The bus is fully occupied – and none of the poll workers photographed is wearing a mask to protect against Corona.

Spicy: The FDP decided in the federal government to extend the mask requirement in long-distance transport into winter – even with FFP2 requirement! FDP Justice Minister Marco Buschmann (45) personally agreed on this with Health Minister Karl Lauterbach (59, SPD) on August 23.

Raphael Landua, the political director of the FDP-NRW, defends himself, telling BILD: “This is a trip organized by the FDP state association NRW in a means of transport that is not publicly accessible, so according to the current Corona Protection Ordinance there is no obligation to wear a mask. ”

Most recently, Chancellor Olaf Scholz (64, SPD) and Economics Minister Robert Habeck (52, Greens) ensured mask Zoff: Both flew to Canada with journalists on the government plane in August – also without masks, although there was still a mask requirement at the time. Scholz and Habeck were also not aware of any guilt. A government spokesman said at the time that there was no mask requirement on government planes. In addition, all passengers would have done a PCR test no more than 24 hours before departure. “This ensures a high level of protection.”

After all: The mask requirement in airplanes has not officially existed since the beginning of October.