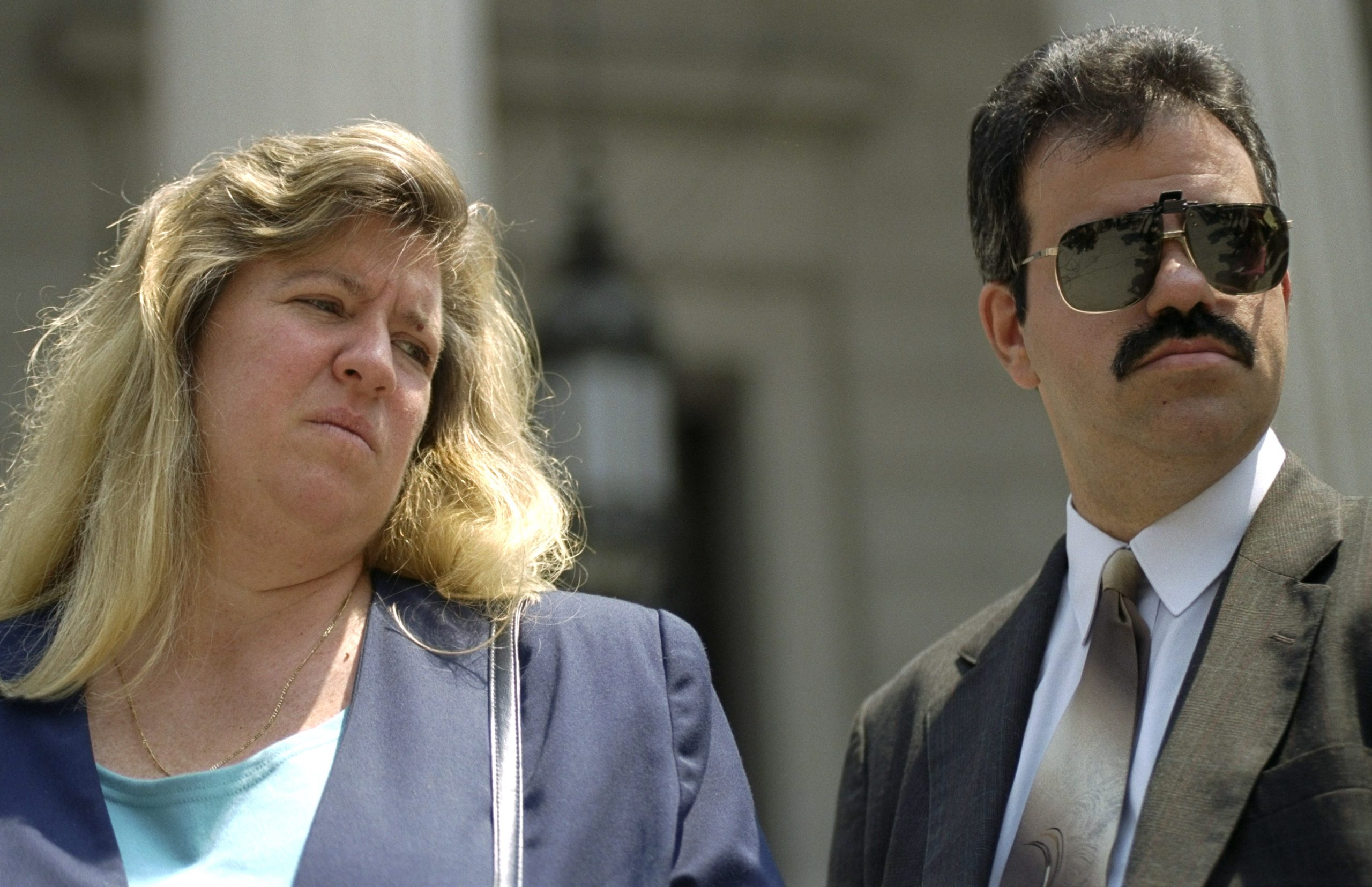 A Manhattan fertility specialist who infamously mixed up embryos from white and black families two decades ago put a Massachusetts couple through a similar horror, they claim in a lawsuit.

Embryologist Michael Obasaju and doctors at New York Fertility Institute denied the woman was pregnant with a stranger’s baby, and has refused to tell them what happened to their own embryos, the couple charged.

The “non-stop nightmare” made the woman “an unwilling and unknowing surrogate for an unknown couple,” while leaving the pair “terrified that their embryo(s) was transferred to yet another couple at NYFI, and their child is being raised by strangers,” the husband and wife allege in a Manhattan Federal Court filing.

The state Health Department is now investigating New York Fertility Institute and “views these most recent allegations … with the utmost concern,” a DOH spokesman said.

Donna and Richard Fasano leaving court. Donna Fasano gave birth to two boys, one black and one white, when a doctor implanted another couples embryo into her uterus.
(Photo by Susan Watts/NY Daily News Archive via Getty Images)

In 1998, Obasaju mistakenly mixed up embryos from two different families, resulting in a Staten Island woman who gave birth to “twins” — one white and one black.

The headline-making case spawned multiple legal battles as the white Staten Island birth couple, Donna and Richard Fasano, fought to keep both baby boys, to the horror of the black baby’s biological parents, Deborah and Robert Rogers, of New Jersey, who eventually won sole custody of their son.

MORE THAN HALF OF US ABORTIONS DONE WITH PILLS, NOT SURGERY

Told of the new accusation, an emotional Donna Fasano told The Post, “All I can say is my heart goes out” to the couple.

The Massachusetts couple — identified in court papers only as Jane and John Doe — said they didn’t know of the earlier botched case when they chose NYFI to get pregnant with their fourth child.

Jane Doe underwent three painful egg retrievals in 2020 and 2021, and had two failed embryo transfers before a third, successful effort in July.

The couple named the baby girl after Jane Doe’s grandmother, created a nursery, and told their three children they were getting a sister, they said in court papers.

But a prenatal screening came back with chilling results.

The test for chromosomal abnormalities revealed Jane Doe’s DNA didn’t match the baby she was carrying, according to the legal papers filed against the Institute, Obasaju and other doctors.

Despite the test results, the Institute “repeatedly insisted the embryo was biologically related to the Does and denied [they] made any mistake,” according to the litigation.

To explain away why the fetus didn’t share Jane Doe’s genetics, NYFI even claimed Jane Doe must have “mosaicism” — a rare genetic condition in which a person has two sets of DNA.

Amniocentesis on a woman who is 20 weeks pregnant. A sample of amniotic fluid is taken from the uterus. The fluid and fetal tissue contained in it will be examined allowing any potential chromosomal or enzyme abnormalities, responsible for hereditary illness and malformation, to be detected.
(BSIP/Universal Images Group via Getty Images)

The couple ultimately confirmed they weren’t genetically related to the fetus via amniocentesis, they said.

“They had grown to love this baby, who had already begun kicking,” the Does said in court papers.

But “on the other hand, they could not imagine carrying a stranger’s baby to term, only to potentially lose her in later legal battles to her biological parents, which would be devastating to the entire family.”

They terminated the pregnancy, calling it “the most traumatic decision of their lives.”

Obasaju, has worked at NYFI since since 1997, admitted his error in the 1998 case, according to a state Health Department report at the time. The DOH does not license embryologists, but gave multiple violations to the clinic where Obasaju was working when the mistake was made.

The Massachusetts couple is seeking unspecified damages and want a judge to order NYFI to find their embryos.

NYFI did not return a call for comment. Obasaju didn’t return a message.