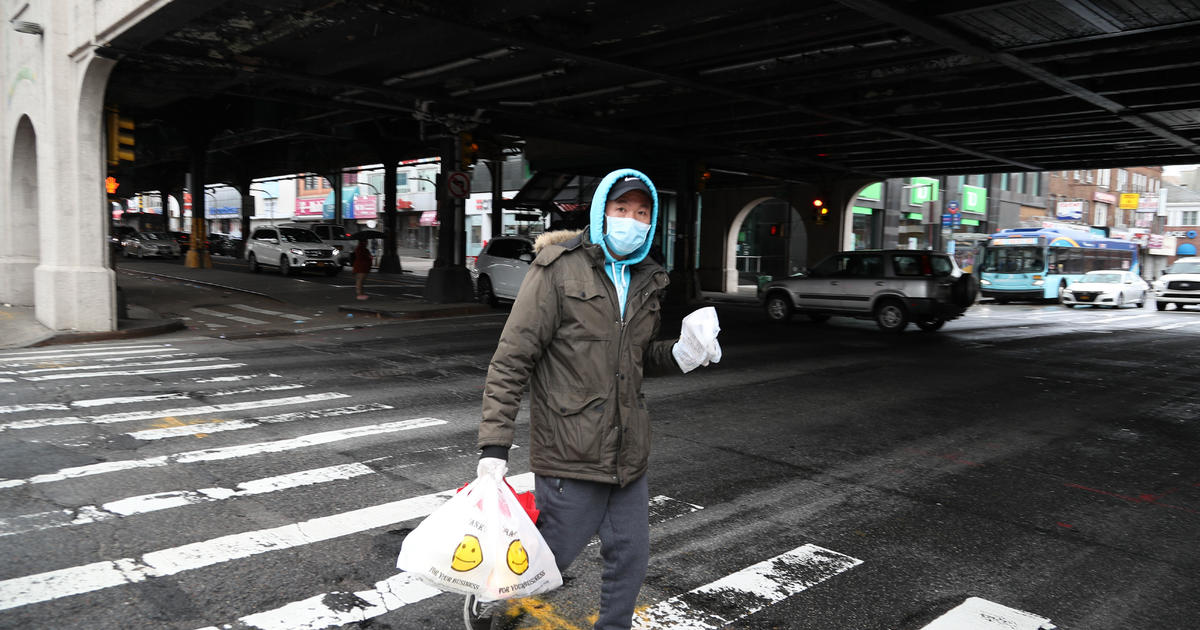 NEW YORK – It’s the season of giving, but be wary of giving your family members COVID.

The virus is rebounding in 5 New York counties.

CBS2’s Christina Fan has the recommendation from the CDC.

Streets are bustling, masks are off, and capacity limits are gone. It feels as if COVID has been eradicated– but numbers indicate it’s very much still here.

“There are still variants going around. I know someone who has it right now,” said Brooklyn resident Darryl Obee.

The Centers for Disease Control and Prevention is recommending indoor mask-wearing in five New York counties in its latest COVID data tracker report.

The Bronx, Brooklyn, Queens, Nassau, Suffolk counties are all in the orange, with positivity rates between 7-10%.

“We are still seeing that most people who have had their vaccine are still having milder symptoms than those who have not,” said Dr. Frederick Davis.

“We are starting to see more people gather this time of year in big crowds. To keep yourself safe and to keep your loved one around you safe, especially those immunocompromised and the elderly, it probably is safer to wear a mask,” Davis said.

“I’ve been wearing it since the pandemic started and it’s still around. So I’m just doing the same thing I did, and I’ve never had it,” Obee said.

“It might have turned into a common cold, but it’s still here and I want to live,” said Brooklyn resident Rodney Samuda.

Doctors say the number of influenza hospitalizations is at the highest level in a decade. Since October 1, there have been 8.7 million cases reported.

There have been 4,500 deaths from the flu so far this season, including 14 pediatric deaths.

Christina Fan joined CBS2 News as a general assignment reporter in spring of 2019.