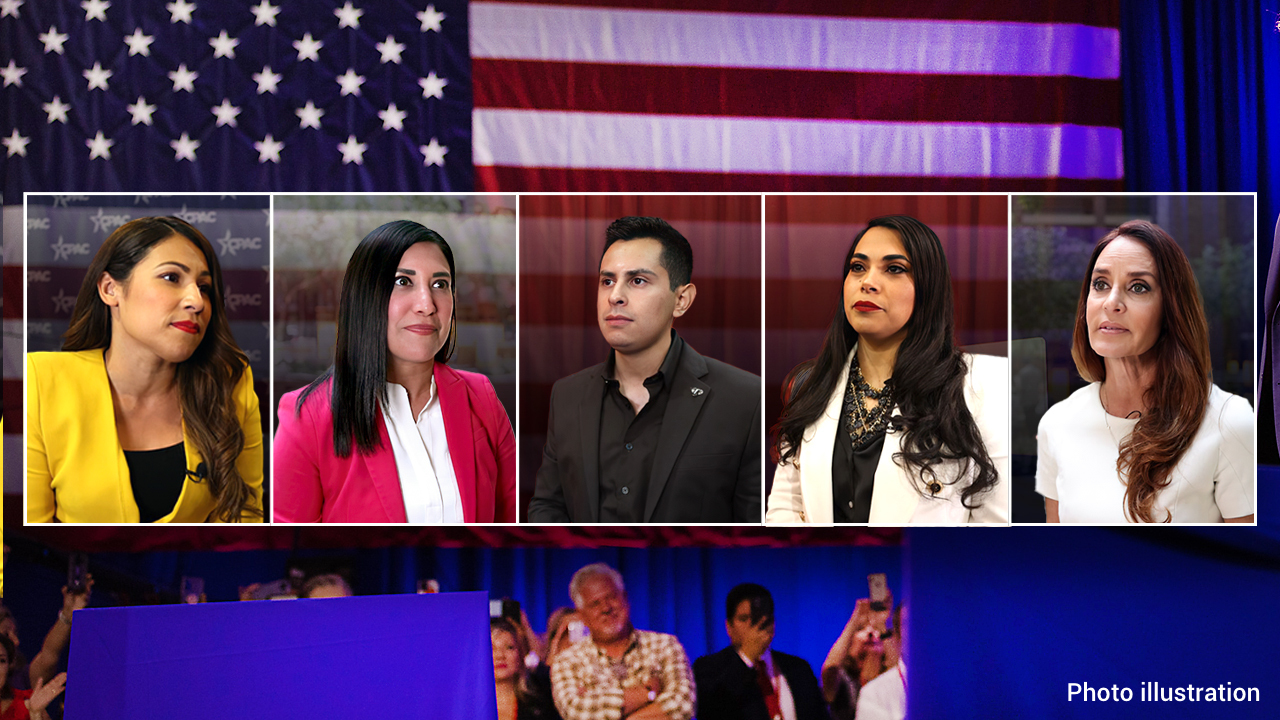 Dallas — Hispanic voters are fleeing the Democratic Party, so Fox News Digital went around CPAC Texas 2022 asking high-profile Hispanic conservatives why their community has soured on the liberal agenda.

In recent years, Hispanics and members of Latino communities across America have largely voted Democrat, but it appears a shift in support from the Democratic Party to the Republican Party could be occurring as several begin distancing themselves from President Biden and his party’s policies.

Social issues are among the primary concerns, as Latino voters have rejected the politically correct term “Latinx” preferred by some Democrats. A 2021 poll showed only 2% of Hispanic voters even use it. The poll also showed 40% of Latinos were bothered by the term, and 30% said it would turn them off from voting for a candidate who used the term. Other Hispanic voters are concerned about the economy, securing the southern border or simply offended by rhetoric from the left.

A Quinnipiac University survey released last month indicated Biden’s support among Hispanics stands at just 19%. The mainstream media has taken notice, as a variety of news organizations including CNN, Axios, MSNBC, CBS and NBC News have put a spotlight on Hispanic voters ditching the Democratic Party in recent weeks. While Republicans nationally may still have an uphill battle to capturing a majority of that electorate, the trend seems to be in their direction.

Here is what some high-profile Hispanic conservatives who attended CPAC had to say when asked why more in their community are feeling out of step with the modern Democratic Party:

I’ve been involved in Hispanic outreach for many years, and I am finally seeing a turn. I’m finally watching how these Hispanic voters are moving away from the Democrats saying, ‘Wait a second, this radicalized agenda of gender selected, critical race theory, more taxes, this doesn’t fit where my family is,’ and they have finally made this decision to toss the Democratic Party, and we have a huge opportunity with Republicans and conservatives to win the Hispanic vote, but we’ve got to make that commitment. We’ve got to make sure that marriage happens between the Hispanics and the conservatives.

The Democratic Party has abandoned our values. We’re pro-God, pro-life, pro-family, all about hard work. It’s in our DNA, we are conservative, and those values do align with the Republican Party. And, of course, the current administration is doing a horrible job. They’re hurting us tremendously economically and, of course, the southern border is an issue that is also impacting us.

You have a Democratic Party that truly has never represented Hispanic communities’ values and our interests and the Hispanic community is not monolithic, there are so many issues that we’re passionate about, that we care [about]. Most importantly, so many folks left their native countries, came to the United States seeking a better opportunity, and this country has given them that. And we see people now rising like never before, standing up to the radical left, fighting to take back this country, because we cannot afford to lose America. If America falls, the whole world falls. America is that beacon of hope for the world.

So, at the end of the day, the failed policies of this administration are hurting everyday Americans and that’s why, come this November, we are going to see more Hispanics vote Republican.

Latinos have always been conservative in their hearts. I believe Democrats duped the Latinos into believing they were the party for us, but nowadays they have pushed so hard against family values, so hard into brainwashing our children, and really, you know, damaging our pocketbook. Latinos, we came here to have a better life, we came here for the American dream, and now Latinos, we’re seeing all that gone and now, finally… turn around and look at the Republican Party and recognize that actually, the Republican Party is the party of our values, which is faith, family and hard work ethics.

Abraham Enriquez, president and founder of Bienvenido US, speaks with Fox News Digital in Dallas, Texas for the 2022 CPAC convention.
(Fox News Digital)

I think the Democratic Party and really progressive leaders, have this idea that Latinos, all we care about are open-border policies… immigration, climate change, and gender-neutral pronouns. And that might work for coastal elites, out in maybe L.A. and New York, but you get down to Middle America and average Latino voters, those aren’t the things that we’re talking about at the dinner table. If you look at every single poll… the issues that Latinos care about are the economy, making sure that there is opportunity, job opportunity, and security. So now that we’re coming into a record-high inflation, we haven’t had this inflation since 1981. We have open borders, Latino neighborhoods across the country are really being affected by the high rate of crime, and the defund the police movement, it is no surprise that after all of that campaign which really hurts and negatively impacts Latino community, you’re having Latinos waking up and voting Republican.

Brian Flood is a media reporter for Fox News Digital. Story tips can be sent to [email protected] and on Twitter: @briansflood.

Because of the increased energy costs: Do hotels in NRW close in winter?

This Is Europe’s Best City You’ve Never Heard Of

London Marathon tracker 2022: How you can follow friends and family taking part

Exclusive: VeeAlwaysHere Chats About His New EP ‘ego: Playlist I’