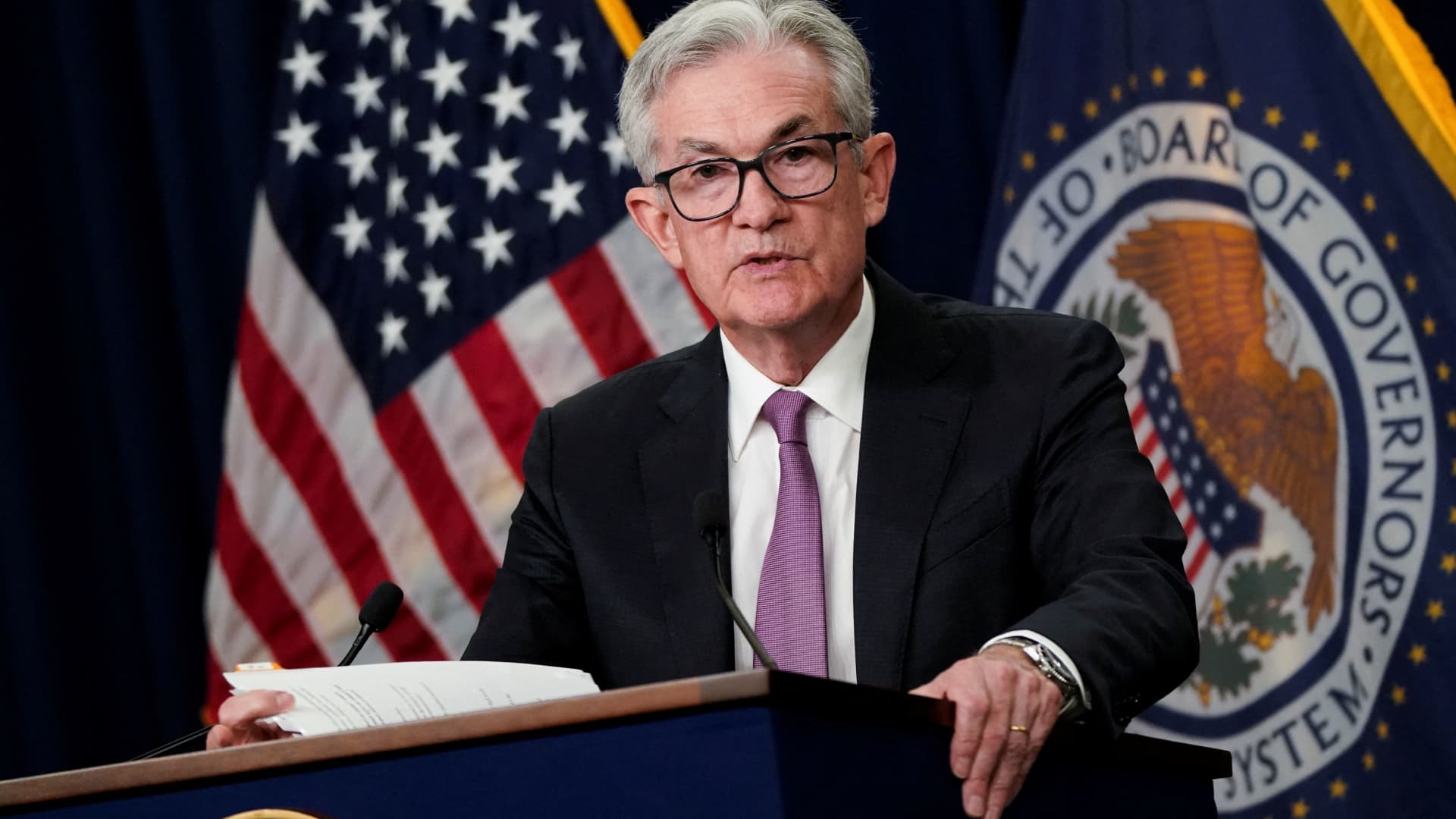 Powell’s address — set for 10 a.m. ET Friday as part of the Fed’s annual Jackson Hole symposium — is by far the biggest event on the calendar, according to the “Mad Money” host. The reason is investors are trying to gauge how hawkish the U.S. central bank may be in the coming months, and the Fed chief’s commentary is expected to offer clues on the matter.

While Friday’s speech is highly important to the market, Cramer stressed that he’s not ignoring corporate earnings and the economic insights they offer. He said reports last week from the likes of Cisco Systems and Target have been far better than feared, and he’s keeping his eye on many more this week.

Here is what Cramer is watching, with all earnings and revenue estimates compiled by FactSet:

“I bet Macy’s has a decent story to tell about the right clothes at the right time. Dick’s is selling all the best sporting goods at good prices, and Toll Brothers is only making homes that it can reap huge profits on. All three should have gotten much better on that supply chain front, too, versus when they spoke last,” Cramer said.

Cramer said he’s expecting a “terrific quarter” from Intuit, driven by “good growth in tax returns and also all the things they do for small business.”

“Nvidia preannounced and missed not that long ago versus an already-lowered forecast. The same thing could happen again — rough time for these chips,” said Cramer, whose Charitable Trust owns both Nvidia and Salesforce shares. “I think Salesforce will complain about the strong dollar again, but don’t forget that it does a ton of business at Dreamforce and that conference is back in person this September.”

“There are lots of other software companies reporting that people are worried about, like Snowflake, Splunk and Box. I think they’re doing fine, but it just might not matter because of this general malaise” in the market, Cramer said.

Dollar General and Dollar Tree should “please the market to no end because investors have decided that we’re headed into a recession and the hedge fund playbook says you have to own one or both of these two stocks” in that situation, Cramer said. “I don’t like mindlessly following the playbook, but it’s not wrong here. My preferred one, by the way, is Dollar General if they have the merchandise.”

“Both Estee Lauder and Target, which has embedded Ultas [in some stores], raved about how the chain’s doing. I think now we’re in a mask-off world, which is great for skin care. Ulta will shine,” Cramer said.

Gap, Affirm and Dell all fall into what Cramer called the “troublesome” reports category for their own reasons.

“Gap could have still one more difficult quarter,” he said. “I’m not sure how good Affirm will be given how the market has turned against buy now, pay later. I think CEO Max Levchin will try to spin a good yarn, but it’s an awfully hard tape to pull that off in. Then there’s Dell. I bet it’s gonna report a solid number that will actually help tech, something we very well need by the time we get to [Thursday].”

“I think Workday had a good quarter, and maybe because it’s on the eve of Jackson Hole, it will be as irrelevant as [Monday’s] sell-off,” Cramer said.

“Wall Street is starting to have less confidence in the idea that the Fed will soon pivot to a more dovish posture. I think Jay Powell can afford to be a little less ruthless with the rate hikes here, but the market clearly disagrees,” Cramer said. “We’ll find out who’s right on Friday — we need to slog through the whole week to get to the Fed’s guillotine. But even if the guillotine blade falls, we can ride through the turbulence and do some buying on the way down after this incredibly difficult two-day sell-off.”

Sign up now for the CNBC Investing Club to follow Jim Cramer’s every move in the market.